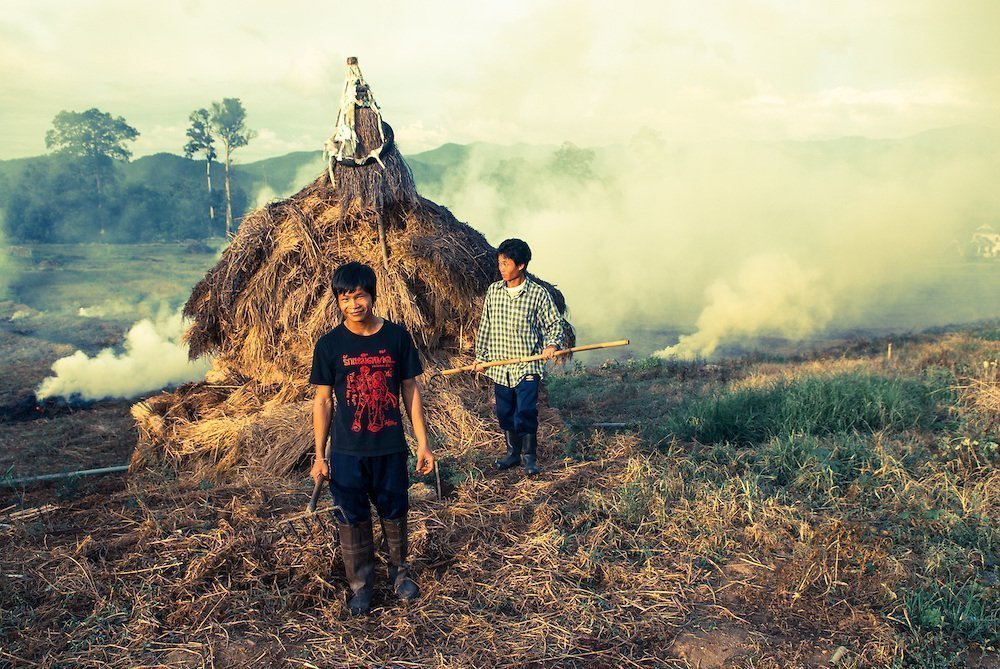 THE AMOUNT of small particulate matter of up to 10 microns in diameter (PM10) in Chiang Mai and Chiang Rai provinces has gone beyond safety levels for two consecutive days, while the readings in other provinces in the North remained within the safe level of 120 micrograms per cubic metre.

A plane is about to take off at Chiang Mai International Airport yesterday. Though the tiny particle dust readings in this northern province have gone slightly beyond safety levels, it is not affecting aviation visibility.

The Pollution Control Department (PCD) yesterday said the Chiang Mai smog situation with PM10 readings averaging at 63-68 micrograms has not had a negative effect on local peoples’ health, even though yesterday’s readings peaked at 149 micrograms in Chiang Dao district following a reading of 184 micrograms on Tuesday.

The PCD admitted that the smog might affect visibility slightly as the tips of Doi Suthep and Doi Kham are not clear, while Chiang Mai Airport is partially covered.

Air quality in Mae Sai district has been exceeding the safety level since Saturday, according to the PCD app, while Chiang Rai has reportedly detected three to seven hotspots per day.

Amnat Jermlae, director of the Chiang Rai Office for Natural Resources and Environment, said that he has prepared manpower to tackle forest- fire and smog issues, including dispatching surveillance teams at least three times a week during the 60- day ban on outdoor fires from February 17 to April 16.

For other provinces in the North, the quality of air was at the medium level, with PM10 readings in Phrae at 107mcg, Phayao at 103mcg, Lampang at 102mcg, while readings in Lamphun, Mae Hong Son, Nan and Tak averaged at 96 to 72mcg.

Officials also campaigned for the public to use other methods to dispose of farm waste, such as turning them into fertiliser.