Home
Thailand Seasons from Summer to the Winter Months

Thailand seasons from Summer to Winter 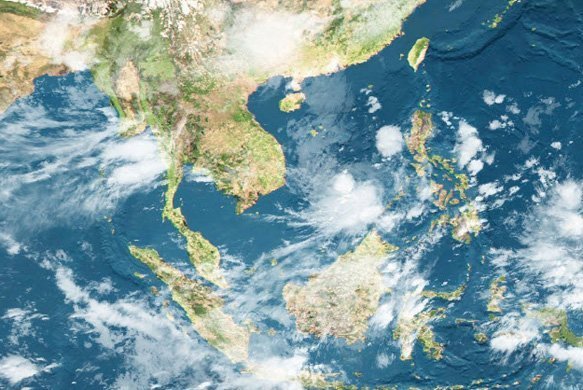 Thailand Seasons. The southwest Monsoon comes from the Indian Ocean with rain-laden clouds, from about June to October. It dose not rain every day so there is still plenty of sunshine. The humidity makes it feel hot and sticky. When it starts to rain, it only takes a few seconds for the roads flood and the traffic to come to a standstill. In most tropical countries there is no point in wearing raincoats as you will get wet from sweating than you will from the rain! “Monsoon comes from the Arabic mawsin (season)”. It refers to South Asia’s seasonal winds (not heavy rain). In Thailand, the southwest monsoon is the rainy season; the northeast monsoon is dry, called the cool season.
Cool Season: The northeast monsoon from central Asia usually blows from November to February, bringing relatively cool, dry conditions to Thailand. This is the best time to visit Thailand.
Hot Season: Between the two monsoons, March to May, the land heats up, creating an area of low pressure above it. Eventually the high pressure over the Indian Ocean moves inland, and the monsoon cycle begins again. This is the hottest time of the year so the school closes for a two month long break.

In Bangkok and the Central Region, rain averages about 200 mm monthly from May to October, and temperatures average 24°C to 32°C.
In the North and North-Eastern Regions,
rain averages 160 mm monthly
and temperatures range from
23°C to 31°C
During the Cool Season, the temperature drops to an average
21°C in the Central Region and 14°C in the North.
During the Hot Season the temperatures soar to a high 30’s°C
with the North-east being the hottest.
Winter-December
Summer-April
The climate is tropical, with a average annual daily temperature of 28°C to 30°C and high humidity.
It is very hot in the Central Plains and in the South, and Cooler in the northern hills.
Overall best time to visit is November to March when days are mostly dry and the humidity lower, although Kho Samui is best from June to September.
It’s hot, all year round day and night – Bangkok was actually recognized as the hottest city in the world by the World Meteorological Organization. This is mainly down to the fact that there is a minimal change in temperature between the day and night. Daytime temperatures will rarely drop much below 30°C and can go up above 40°C
The hottest months are April – June, November – March are the coolest. The cool season is more pronounced in the North of the country, The South has little variation at any time of year. There is a rainy season during July to October, but travel during this period is not so bad – see the Information Before you go.
The Sun rises at about 6am-6.30am and Sets around 6.00 – 6.30pm all year round.