Where to go in Thailand Including the Major Cities and Islands 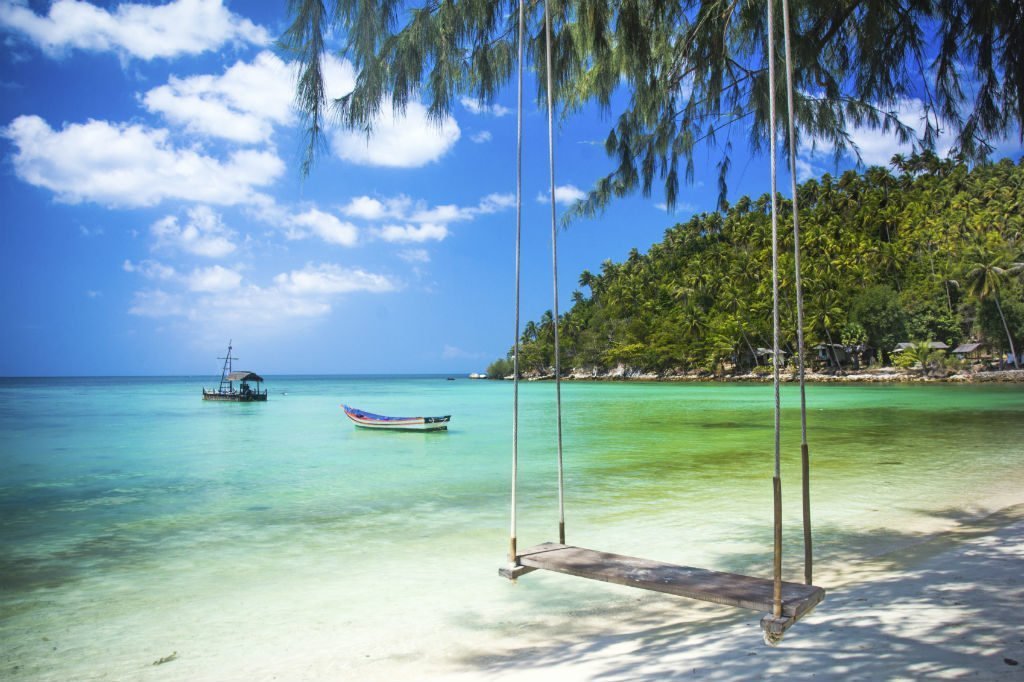 Where to go in Thailand. Swing hanging from tree at White Sand Beach Koh Chang

Thailand can be conveniently divided into five geographic and cultural regions: 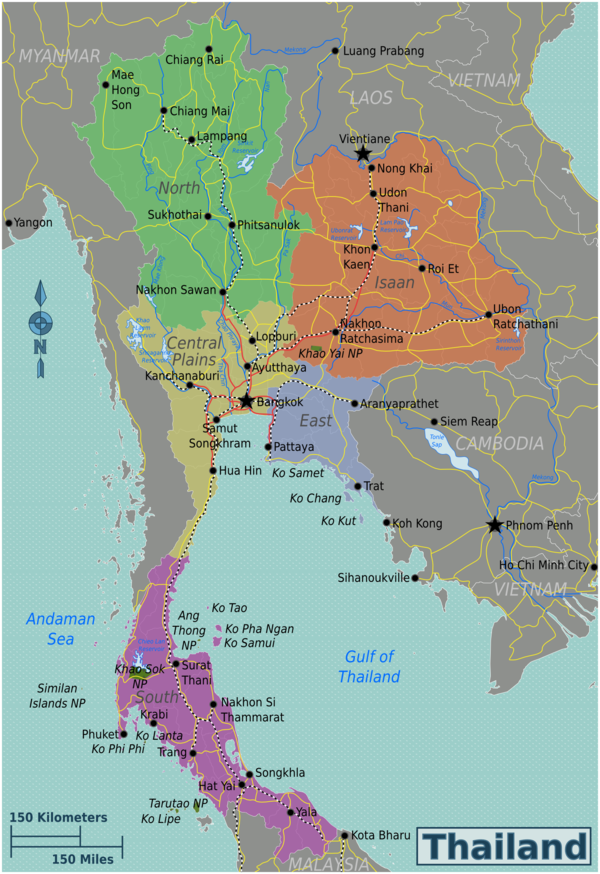 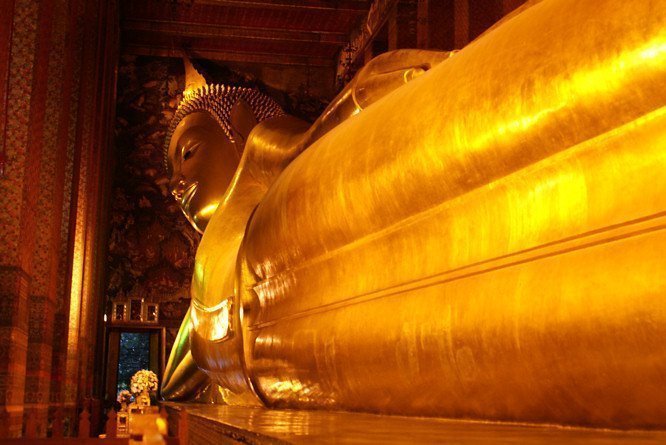 Where to go in Thailand. Bangkok Wat Pho Temple of the Reclining Buddha

Thailand is the country in Southeast Asia most visited by tourists, and for good reason. You can find almost anything here: thick jungle as green as can be, crystal blue waters that feel more like a warm bath than a swim in the ocean, and food that can curl your nose hairs while dancing across your taste buds. Exotic, yet safe; cheap, yet equipped with every modern amenity you need, there is something for every interest and every price bracket, from beach front backpacker bungalows to some of the best luxury hotels in the world. And despite the heavy flow of tourism, Thailand retains its quintessential Thai-ness, with a culture and history all its own and a carefree people famed for their smiles and their fun-seeking sanuk lifestyle. Many travellers come to Thailand and extend their stay well beyond their original plans and others never find a reason to leave. Whatever your cup of tea, they know how to make it in Thailand.

This is not to say that Thailand doesn’t have its downsides, including the considerable growing pains of an economy where an agricultural labourer is lucky to earn 300 baht per day while the nouveaux riches cruise past in their BMWs. Bangkok, the capital, is notorious for its traffic jams and rampant development has wrecked much of once-beautiful Pattaya and Phuket. In heavily touristed areas, some lowlifes have made scamming tourists into an art form. Immigration queues are often long, giving travellers bad first and last impressions. And (in the extremely rare cases) when tourists are attacked or murdered, there is often little police follow-up.

Where to go in Thailand. Koh Lan Viewpoint

Thailand is largely tropical, so it’s hot and humid all year around with temperatures in the 28-35°C range (82-95°F), a degree of relief provided only in the mountains in the far north of Thailand. The careful observer will, however, note three seasons:

There are local deviations to these general patterns. In particular, the south-east coast of Thailand (including Ko Samui) has the rains reversed, with the peak season being May-October and the rainy off season in November-February.