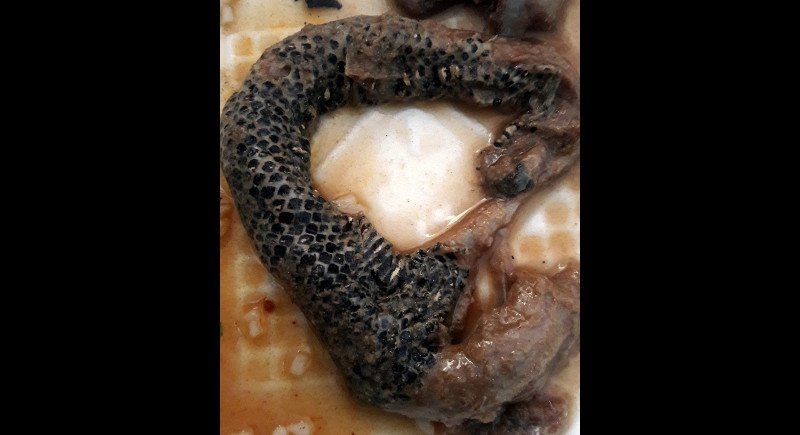 Phuket street food. A local street food vendor in Phuket filed a complaint with police after purchasing a half-kilogram of pla ra, the fermented fish gel that is a key ingredient in somtam, from Super Cheap, a Phuket grocery store.

The complaint was because the pla ra, which is supposed to contain fermented fish, actually had a snake in it.

The vendor, Wanida Pakamaad, posted a photo and note about her initial surprise on Facebook. She tagged the location of her complaint as the Super Cheap store on Surin Road in Phuket Town.

In her Facebook post, Wanida pointed out that she had ordered pla ra kra dii luan, which roughly translates as pickled fish made from moonlight gourami. “How can I contact Super Cheap and make a complaint? How could they sell something like this. I got a whole snake [in my pla ra]. Before they put products on the shelves, they should have checked,” she said.

The vendor bought the pla ra to serve to her own customers.

She filed her formal complaint at Phuket City Police Station on Friday and said that she planned on file a complaint with the Consumer Protection Office in Phuket Town on Saturday, calling for the agency to investigate the business that sold the suspect sauce.