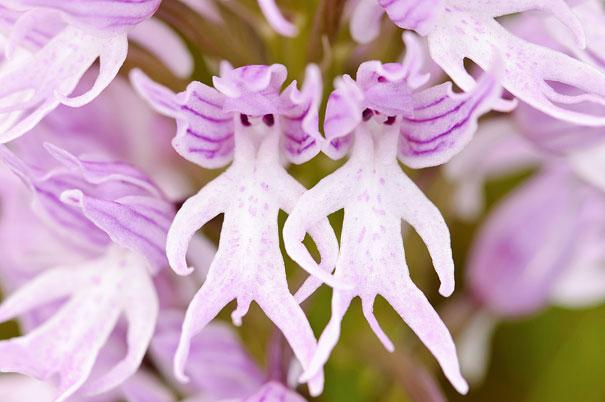 Thailand Info The Rise and Fall of Orchids. Sadly, wild orchid species around the world are becoming extinct faster than they can be described and classified. Threats to orchids originate primarily from loss of habitat, over collecting and due to the high specialization of pollination of the plant; extinction of insect means extinction of the orchid.

Thailand amongst other things is known as the land of the orchids or ‘Gluay Mhai’, and of the over 25,000 species of orchid flowers known to exist, (this number makes them possibly the world’s largest plant family – with over 1000,000 different Orchid hybrids) it can boast more than 1,300-1,500 species.

The first documented record of Orchids can be traced back to the 28th century BC. The Chinese referred to them as the “King of fragrant plants” the plant since earliest times is associated with friendship, elegance and nobility.

While Orchids are used in the main to beautify the home and offices alike they have been used for centuries in witchcraft, for perfume preparation, as fodder, food for humans along with their medicinal properties,.  Listed below are some interesting facts on these two later applications.

The Chinese and later the Greeks have used orchids as a medicinal herb for centuries. In the middle ages orchids played a major role in herbal remedies. They were also regarded as an aphrodisiac and have been one of the main ingredients in certain love potions.

New research has discovered many new applications of the different orchid species, and today there are at least 50 orchid species used especially in traditional Chinese medicine formulas.

The use for dried orchids ranges from immune system build-up, to cancer treatment, eye-sight improvement, regaining strength after healing and quick recovery after sex.

The parts of the orchids used most frequently are the stems and bulbs, as they are designed to keep the plant alive during dry season, and hence are rich in nutritive substances. So writes NatureProducts.Net, the Thai internet portal for biodiversity products designed to protect endangered species in cooperation with local ethnic communities

A study in 1992 discovered Vanilla improves food intake and reduces nausea and vomiting in patients given chemotherapy. In 2004 (Fladby et al and Fitzgerald et al.) proved Vanilla as a tool for diagnosis of Alzheimer’s disease in that patients cannot smell vanilla.

In Iran, orchid tubers and goat milk are used as an aphrodisiac, while dry tuber is used as an anti-aphrodisiac, antiseptic or a cure for gastro-intestinal problems associated with wine. They were also used for their anti-pyretic effect, anti-diarrheal or to increase fertility in men. (Langham W. 1579).

As food for humans

Orchids are consumed all across the world

Vanilla planifolia (Planifolia is Latin for “flat-leaved”) is a species of vanilla orchid. It is native to Mexico and Central America, and is one of the primary sources for vanilla flavouring. It has been used to flavor food for almost 500 years (and tobacco in Cuba).

The Aztecs discovered the plant in Mexico in the early 16th century and used the seed pods (vanilla beans) to counteract poisons, to aid digestion, and as an aromatic, exotic flavoring for Emperor Montezuma’s beverage. The people were said to drink a mixture of Vanilla orchid and chocolate to give them power and strength.

Orchids are also used in curries, giving the dish a slightly bitter taste, in Brazil and Turkey they are used in the manufacture of ice-cream. “Sahlep” (corrupted into Saloop or Salep) is the old Arabic name for the Orchid genus and the name of ice-cream made in Turkey.

Salep flour is consumed in beverages and desserts, especially in places that were formerly part of the Ottoman Empire. Its consumption spread beyond there to England and Germany before the rise of coffee and tea and it was later offered as an alternative beverage in coffee houses. In England, the drink was known as saloop. Popular in the 17th and 18th centuries, its preparation required that the salep powder be added to water until thickened whereupon it would be sweetened, then flavored with orange flower or rose water. It is now more commonly made with hot milk instead of water

In Africa, Orchids are eaten as a food dish called, Chikanda or Kinaka, which is made from the brownish or sometimes whitish tubers of orchids which are the size of small potatoes. The use of these tubers has grown so rapidly that a recent Wildlife Conservation Society report, states that the orchids, some found nowhere else on earth, may soon vanish without better protection of their wild habitats and enforcement of existing laws.

In India, it is used like sago and arrowroot and is prepared from a large variety of species.

In Asia, roasted tubers of Gastrodia orchid are eaten like potatoes. While the fragrant leaves of Dendrobium salaccense are used as a condiment for rice in Malaya. Mature canes of many “soft-cane” dendrobiums are stir fried in many Asian countries, they are also used to make sauces in Japan and Singapore. In Thailand, Dendrobium flowers are dipped in batter and deep fried

In South America they are used as a curdling agent to make cheese. What is it called? Why, the cheese orchid, of course. Orchids are also valued locally throughout the tropics as a condiment. In Mexico, candy images of animals are made using orchids to celebrate All Saints Day and the Day of the Dead.

The local people of Hawaii use the flower to make salad dishes, they also cook orchids and scallops together and make sugar coated orchid candies.

In places all around the world they are used as a cooked vegetable or greens and can be added to salads raw. They are also employed as garnish for deserts and cakes and used as teas almost everywhere and not just for the reportedly medicinal attributes

Typical dried Dendrobium stems as they are used as herbal tea.

All orchid species are protected by the Convention on International Trade in Endangered Species (CITES), which requires certification of plants crossing international borders.

The very name “orchid” comes from ancient Greek “orchis” meaning “testicle” and Theophrastos (c. 371 – c. 287 BC1) named the orchids from that word, as the underground tubers of Orchis Mascula and many European terrestrial orchids resemble a pair of testicles.

Orchids grow in all the continents except Antarctica. You can find many different types of orchid flowers having variety of colours, species, hybrids, miniature and standard sized.

The world’s smallest known orchid at just over 2 millimeters (0.08 inch) across and nearly see-through was only discovered in 2009 nestled in the roots of another flower in Ecuador

The world’s largest is the Grammatophyllum Speciosum, also called giant orchid, tiger orchid, sugar cane orchid or queen of the orchids and can grow to a length of 2.5 m. It can grow to gigantic clusters weighing from several hundred kilograms to more than one ton.

Orchids do not naturally blossom in: a true blue or a true black.

Orchids thrive in a number of environments, depending on the type. Some species grow on rocks; some only underground, some in the soil, but most – grow on other plants and on trees.

Asia has the widest variety of orchids of any part of the globe, and therefore has the greatest potential for creating the modern hybrids which outshine their wild parents in beauty and value. The first ever hybrids were produced in 1858, and more and more have been created, with some extremely complex crosses ultimately using 5 different parents to make a single new strain.

When orchids appear in a dream, they supposedly represent a deep inner need and desire to keep gentleness, delicacy, and romance in ones relationship.

Not all species have a pleasant fragrance. The flower of Satyrium pumilum, exactly mimics the odor of decomposition, specifically that of a decayingmammalian carcass. Botanists have found more than 100 plant species (non Orchid) that smell like decomposing fish, carrion or dung

Certain species of orchids are parasitic. They are not able to produce food (sugar) using the sunlight and carbon dioxide (like other plants). Instead, they obtain food from fungi that live inside their roots.

Flower of orchid can survive from few hours to 6 months, depending on the species.

While all orchids symbolize love and beauty, the color of the orchid can change the intended meaning of the flower.