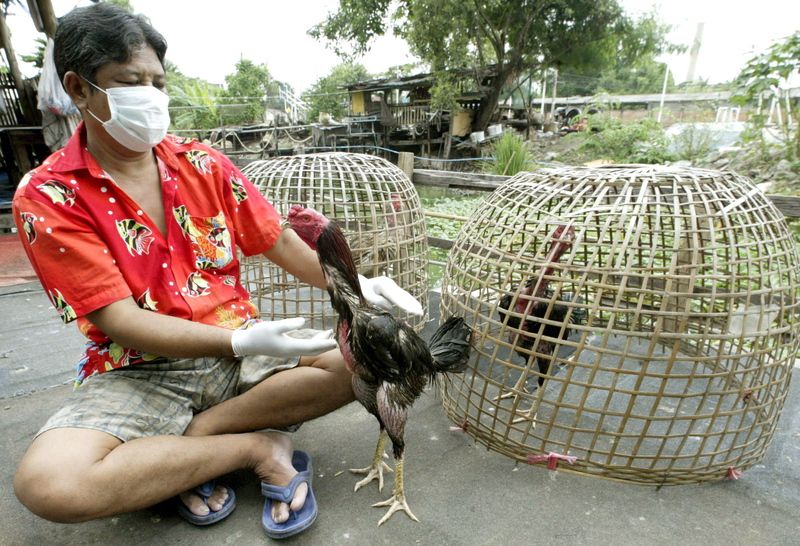 Cockfighting Thailand. From Bangkok to remote rural villages in the mountains, roosters can often be heard crowing. Why? Well, they ain’t for eating. They are for fighting. Here in Thailand many consider cock fighting a national sport just like soccer or Thai boxing.

The nation’s biggest cockfi ghting arena is outside of Bangkok and holds up to 2,000 fans and at a recent fight the winner received a $1 million cash prize. But it seems just as many people gather in the forests, empty lots, underneath bridges or in warehouses watching the roosters fight. And gambling.

In the early evenings, Thai farmers and workers can often be seen crowded around a TV watching a rooster fight on the local channel. In the past the loser was easily determined. It was the rooster that died. But in 2014 Thailand passed a law that says fights to the death are illegal. Nowadays, the roosters usually have five 10-minute rounds of fighting and are judged by fighting style. The spurs of the fighting cock have to be covered or removed and if the rooster runs or flies out of the ring twice or sustains a serious injury then the fight is brought to an end.

However, most owners will stop a fight before there is too much damage done as these roosters are not cheap. One recently sold for B3 million or $94,000.

Fighting roosters is not illegal in Thailand, but the gambling on the outcome of the fight  is and the Thai police will raid a cock fighting event every few months.

Cockfighting Thailand. This cock fighting event was in the jungle near our village in 2004.

This training area is about two miles from D&G Resort.

Cockfighting Thailand. Suave is applied to any wounds.

Grooming the roosters. Helmets are optional.

Cockfighting Thailand. Another shot taken with a Nikon CoolPix in 2004.

Cockfighting Thailand.  After the Battle