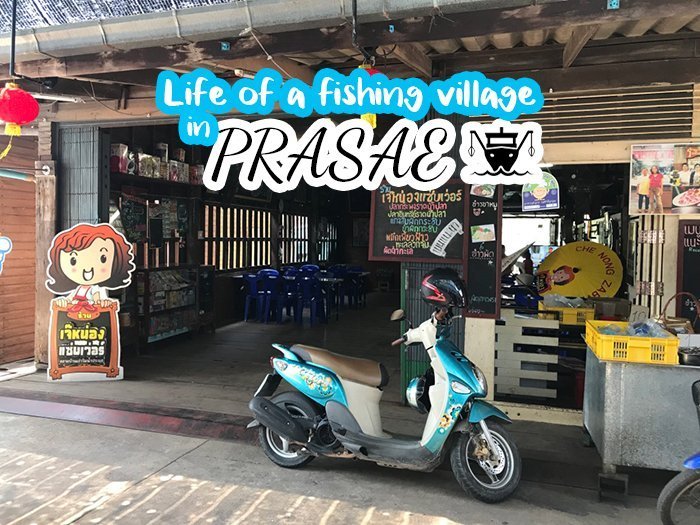 Rayong Thailand Life In The Fishing Village Of Prasae

Rayong Thailand. This is the second article on the series of “Life less ordinary in Prasae”. This little town is located along the coast in the province of Rayong and a 2hr 30 min drive from Bangkok city. The coastal shores of Prasae are home to flourishing mangrove areas and the homes of fishermen who contribute to the seafood produce economy derived from the seas and mangrove swamps in the area.

Rayong Thailand. Prasae is not a very big township and one of the village areas lie just by the sea. Consisting of a long row of predominantly wooden houses and a few brickwork homes where the families are more affluent, one can observe the simple lives they lead. One side of the village faces the sea while the other side faces inland. The economy of the village varies from processing seafood produce to making snacks and delicacies unique to the village and area. We explored the area in tuk-tuks provided by the community and was a most suitable form of transport as some of the roads were very narrow in the village. 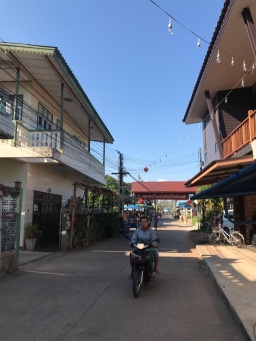 Rayong Thailand. Some of the business in this village span over generations with recipes passed down the ancestral line and keeping much to the original tastes and flavors of old that made it popular till today. These are small cottage industries and the goods produced are mainly sold out of their front doors or through the OTOP markets (OTOP is an organization that is part of the Royal Projects that help small farmers and village businesses to market their produce out to the bigger towns and cities).

Rayong Thailand. In the village, one can still see the old way of life from an old-styled barber shop to small medicine shops and little household coffee shops. The idea of community tourism in this area is to highlight and preserve this way of life but yet provide a sustainable income for the village and the community. Its intention is not to develop the area but to highlight to tourists and visitors to understand the true culture and lifestyle of the common Thai people as you have the opportunity to interact and share in the experiences of daily life with these villagers. 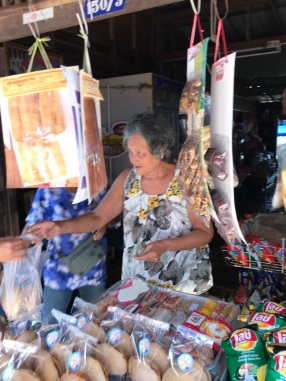 Rayong Thailand. Some of the popular “Khanom” or snacks made by this village in Prasae is the “Khanom Piak” which is a round biscuit scented with a special candle flavor and filled with green bean paste and salted egg yolk. The other is the “Khanom Karla” which is made of egg, flour and sugar and formed into a super crispy bowl like biscuit. The Khanom Karla can only be found in this village and is almost impossible to buy it outside of the area (the original that is). 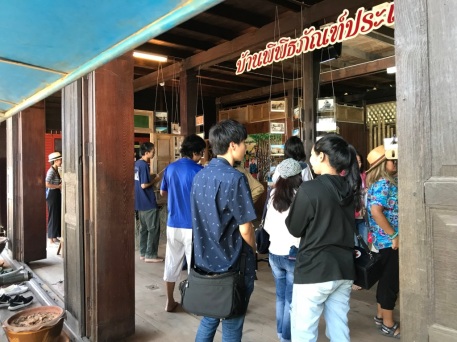 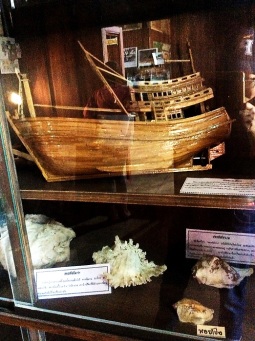 Rayong Thailand. There is a small wooden museum in the village that showcased the history of the village. You can see the frigate 412 which is HTMS Prasae. This frigate is a memorial to the town of Prasae and the original ship is displayed at Prasae Beach. You can visit this ship there and board it to see what it is like to be at the helm of a battle frigate. More on the history of this ship is available on the Wikipedia Site. In this museum you can also see the various ways that fishermen use simple fishing tools and traps to make a living. These methods are still in practice today as you will see in later articles. These traps are made of netting and bamboo sticks which are lowered into the water to trap small krill (prawns) which are used to make prawn paste, a specialty of this town.

From the museum you can walk along the village street to observe the way of life in the village from simple eating shops, grocery shops to watching people go about their daily lives. The people are friendly and welcome you to chat if you could speak Thai but otherwise there is always a “sawadee” greeting and the occasional shy smile. 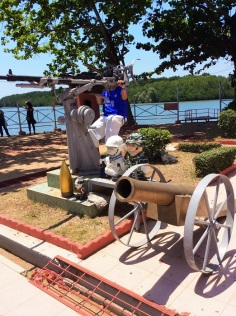 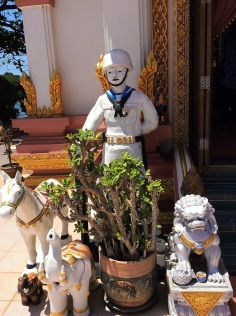 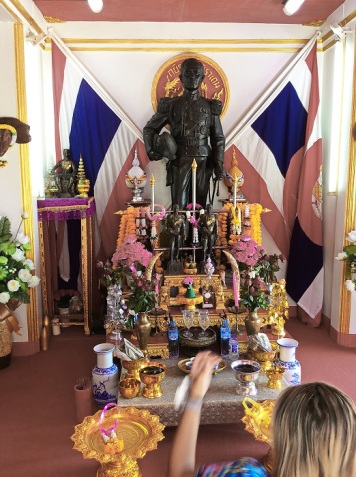 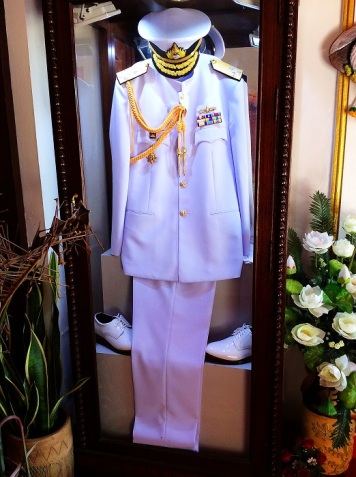 Rayong Thailand. From the village, you make your way across the bridge where there is a great view of the coast as you approach the shrine dedicated to Admiral Prince Abhakara Kiartivongse. Coincidentally his memorial can also be seen in Bangkok city at Rajamangala University of Technology Phanakhon. His shrines are mostly found in coastal towns and villages as he is a patron of the naval order. He was also a much respected doctor and naval leader and the coastal towns and villages consider him a patron because of his affiliation to the sea. At the shrine you can pay your respects even if you are not Buddhist or Thai, and some people honor him by burning firecrackers which sound somewhat like the arsenal of a ship or offer bullet casings which is symbolic of his love for the navy. Outside the shrine one can see effigies of sailors and a real life bofors gun from the ship. In the room where the shrine is, you can find a set of his naval uniform and a statue in the likeness of the Prince. Outside the door is a table with a small replica of a ship and several offerings of animal statues.

Rayong Thailand. Actually, this area where the shrine is also has a beautiful park area that overlooks the sea and makes a lovely place to come and sit in the early mornings and evenings to watch the sunrise and set. Unfortunately we did not have the opportunity on this trip and hope to be able to come again and discover more of this little village as well as to have a look at how they make their wonderful biscuits and discover deeper into the village area.