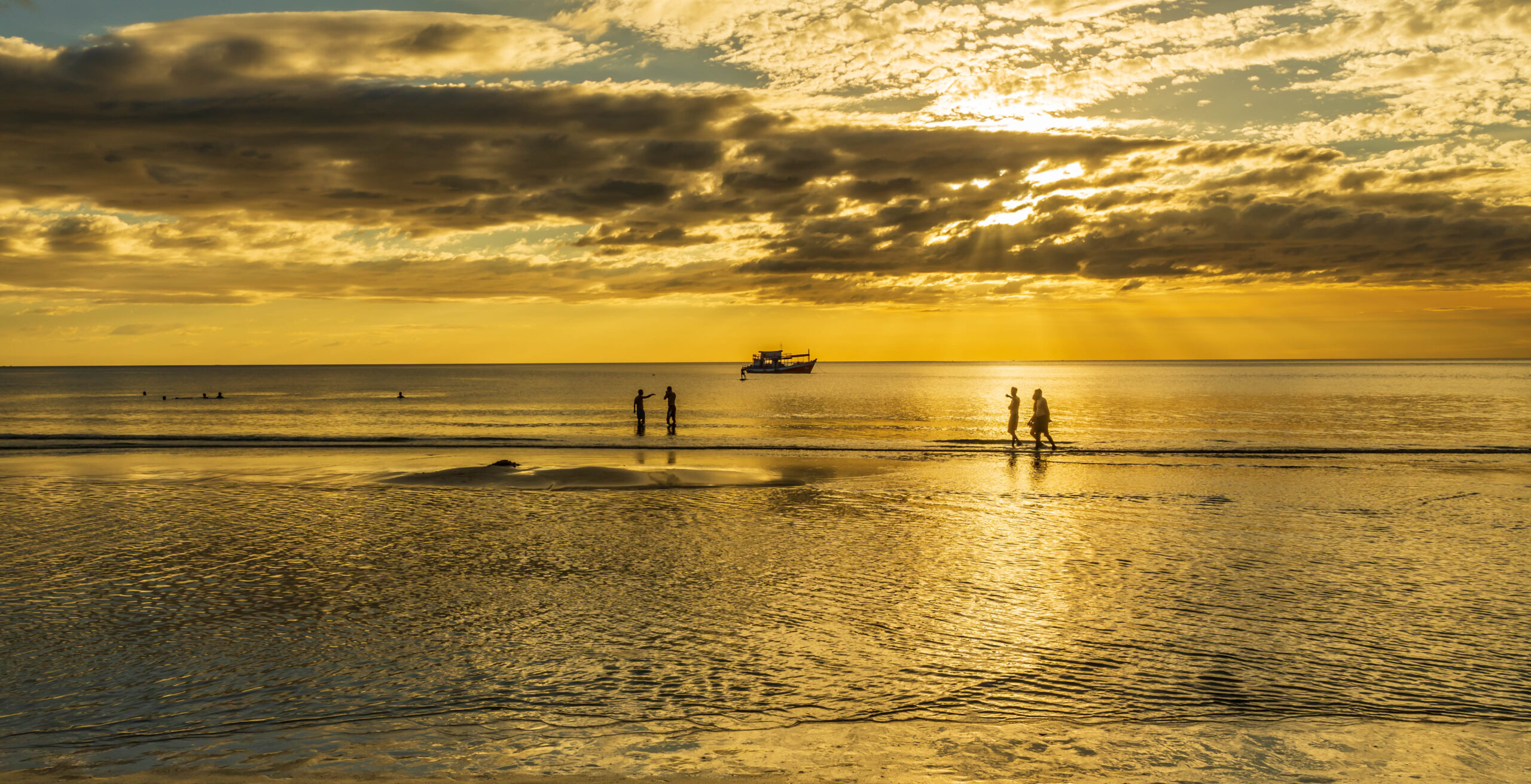 Ko Chang Island (เกาะช้าง) is an island in Trat Province, Eastern Thailand. Ko Chang is Thailand’s second largest island, and the biggest in Eastern Thailand. With about 5,000 permanent residents the island is not heavily populated, but tourism (and development) has increased dramatically over the last few years. Despite this, tourism is nowhere near at the levels of Phuket and Samui, and as such, the island offers a much better experience for anyone willing to make the effort to get there.

Ko Chang Island is one of Thailand’s most beautiful islands with long white sandy beaches. The island is also home to a wide range of wildlife, including a good selection of birds and snakes. The island and its vicinity are great places for snorkeling, diving and jungle hiking. The “discovery” of the island as a tourist destination since 2000 has brought on a large amount of rapid development, and while still far quieter than places like Phuket or Ko Samui, it is far from quiet in high season. Regarding services and activities specifically aimed at tourists prices have reached such a level that the islanders are pricing themselves out of the market when compared to the other islands.

Prior to World War II, Ko Chang Island was little known to Westerners and was lightly-populated. The few families there made a living growing coconuts and fruit on the mainland. In January 1941, during the Franco-Thai War, the Thai Navy fought against a French surprise attack in in the waters to the south of Ko Chang Island.

The first backpacking foreigners started arriving on local fishing boats in the mid-1970s. In 1982, Ko Chang, along with surrounding areas, became part of Mu Ko Chang National Marine Park. Only very recently, in less than ten years, Ko Chang has turned into a major tourist destination, both for foreigners and local Thais.

This sudden tourism boom however, has been fraught with controversy concerning land use, etc. The government is trying to “develop” it from a backpackers’ paradise to a top-level destination, and construction work is going on throughout the island, with basic huts torn down to make way for fancy resorts.

Ko Chang Island is the largest island in the Ko Chang Archipelago. The name means Elephant Island, named for the elephant shape of its headland, although elephants are not indigenous to the island.

Ko Chang Island has an area of approximately 429 square kilometres. The topography contains high mountains and complex stone cliffs. The highest mount is Khao Salak Phet which is 744 metres high, rich in fertile evergreen forest which is the main water source. Therefore, there are many waterfalls, beaches and splendid reefs in the west of the island.