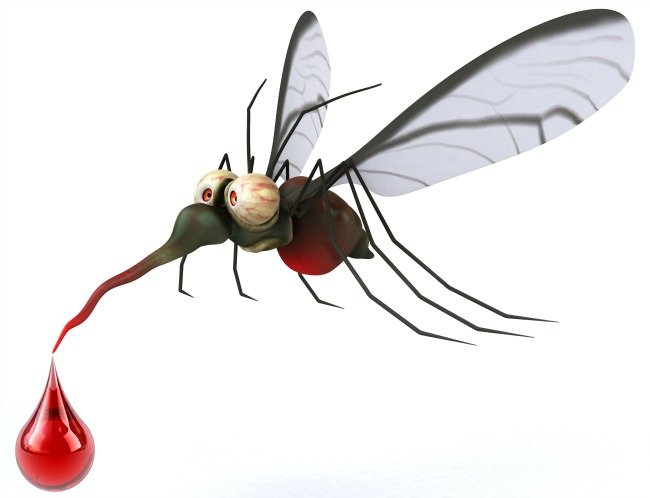 Bites and stings in Thailand Be Very Careful Out There

Bites and stings in Thailand. For those of us that like to travel each day brings a new experience with some not as memorable as others.

Following the sun around the planet is what so many of us dream about and what a few of us more lucky (or is that determined) ones get to do, that said the warmth and humidity comes hand in hand with its own set of problems, one of the nastiest is waking up with lumps and bumps that are not all down to the local booze but to the wild life.

Here is my simple guide to what can leave you with an unpleasant memory of your days travelling, on the bright side you do get the opportunity to post something that does not involve you holding another bottle of beer, or lazing on a beach.

While Red ants and their eggs are prized trophies in a number of Thai dishes such as Larb Mote Daeng and while some farmers even use them as a natural form of pest control, red weaver ants (Oecophylla smaragdina) are territorial and aggressive and see humans as simply encroaching on their patch. If they manage to bite you it is rarely once as their amazing communication system can quickly gather a whole army to deal with your intrusion. These unforgiving pests have both a dedicated alkaloid venom-injecting sting, as well as mandibles for biting. Their sting can be painful and leaves an itchy red rash too many can result in an allergic reaction, leading to hives and difficulty in breathing. For dealing with these pests click here

The most common and most irritating biting insects around are without doubt these miniature vampires, but did you know?

Only female mosquitoes have the mouth parts needed to suck blood. They use the blood not for their own food but as a source of protein for their eggs.

Mosquitoes find hosts by sight (they observe movement); by detecting infra-red radiation emitted by warm bodies; and by chemical signals (mosquitoes are also attracted to carbon dioxide and lactic acid, among other chemicals).

Male mosquitoes live for approx.  Ten days; most females live six to eight weeks. Some females hibernate and can live up to six months.

Simple prevention is the best cure and by taking these steps you can cut down on these little blood suckers dinning out on you:

Read more including natural treatments that can be found everywhere, who is more at risk, plus a range of other facts: Bites and stings in Thailand

Ticks are normally contracted when walking in rural areas. They are commonly found behind the ears, on the belly and in armpits. If you’ve been bitten by a tick make sure to remove the tick’s head and mouth completely and cleanse the area, if a rash develops at the site of the bite or elsewhere, along with fever or muscle aches, see a doctor and get tested for Lyme disease. Doxycycline prevents tick-borne diseases.

Normally only found in humid rain forests, Leeches have been used in medicine for over 2,500 years. They were more popular in earlier times because it was widely thought that most diseases were caused by an excess of blood. The good news about these segmented worms is they do not transmit disease; the bad news is while their bites are often itchy for weeks afterwards the continued scratching can lead to infection. Applying an iodine-based antiseptic to the bite will help prevent infection.

Scorpions are found through-out Thailand, (and not just being sold by street vendors), they range in colour from grey to brown and black, while their sting can be painful (it is comparable to that of a bee or wasp sting), the vast majority of serious medical problems and deaths result from an allergic reaction. This happens in certain people whose immune systems are overly sensitive (or allergic) to the venom. First aid for scorpion stings is generally based on the use of strong analgesia

The fearsome looking giant centipede, (Ethmostigmus rubripes) is the largest Asian centipede, with a Head and body length 7.5 to over 16 cm (6 1⁄4 in). The body is long and flattened. Coloration is dark or greenish-brown to orange or orange-yellow with black bands; with yellow legs and antennae.

This giant can be found in both dry and moist habitats, usually in sheltered places such as under logs, leaf litter, and under rocks, they are solitary, nocturnal predators. These beasts have modified claws called forcipules which curve around its head and can deliver venom into its prey. The venom is toxic to both mammals and insects. It can cause severe pain in humans which can last for several days; this can be relieved somewhat by the application of icepacks. Some people report “intense pain”, while others claim it is no worse than a wasp sting. Bites and stings in Thailand

Hornets are well renowned for their aggression when provoked, hornets grow to huge proportions in Eastern Asia incl. Thailand, with a body length of 45 mm (2 in), a wingspan of about 75 mm (3 in), and worse of all a stinger of 6 mm (0.24 in) which injects a large amount of potent venom, similar to many bee and wasp venom’s, that can damage tissue.  The venom can be lethal even to people who are not allergic if the dose is sufficient i.e. if multiple stings are received; it is not believed a single wasp can inject a lethal dose. However, if the victim is allergic to the venom, this can greatly increases the risk of death.

Each year in Japan, the human death toll caused by Asian giant hornet stings is around 30 to 40. While the advice in China is that if you are stung more than 10 times you should seek medical help, and you will need emergency treatment for more than 30 stings. The stings can cause renal failure. Stings by Asian giant hornets killed 41 people and injured more than 1,600 people in Shaanxi Province, China in 2013. Bites and stings in Thailand.

At first glance you might mistake Paper Wasps for a small hornet, as they too are yellow and black/brown in colour but they only grow to a meager 0.7 – 1.0 inch (1.8 – 2.5 cm) and are not intensively predatory like their distant cousins, plus while the Asian giant Hornet almost exclusively inhabit subterranean nests, and is both a bee assassin plus a cannibal, this smaller wasp gathers fibers from dead wood and plant stems, which they mix with saliva, and use to construct water-resistant nests made of gray or brown papery material. Paper wasps are also sometimes called umbrella wasps, due to the distinctive design of their nests

Bee and wasp stings mainly cause problems for people who are allergic to them. Anyone with a serious allergy should carry an injection of adrenaline (e.g. an EpiPen) for emergencies. For others, pain is the main problem – apply ice to the sting and take painkillers.

Bed bugs are parasitic insects  that feed exclusively on blood. Cimex lectularius, the common bed bug, is the best known as it prefers to feed on human blood, while others specialize on dining on other animals, e.g., bat bugs, such as Cimex pipistrelli (Europe) The name “bed bug” derives from the preferred habitat of: warm houses and especially near or inside beds and bedding or other sleeping areas. Bed bugs are mainly active at night, but are not exclusively nocturnal. They are considerate blood suckers as usually feed on their hosts without being noticed.

A number of adverse health effects may result from bed bug bites, including skin rashes, psychological effects, and allergic symptoms. Bed bugs are not known to transmit any pathogens as disease vectors.

Bedbug bites commonly resemble other insect bites, including mosquito bites. They typically involve a raised, reddish bump but can also appear as a blister. Bedbug bites are very difficult to distinguish from other insect bites; even a clinical physician cannot usually diagnose bites simply by looking at them.

Bedbug bites usually do not require any treatment. If you develop itching of the skin around the site of the bite, you can use an over-the-counter antihistamine pill or cream such as diphenhydramine (Benadryl). Some individuals may also experience relief from the itching by applying a hot washcloth directly to the affected area.

And so there you have it a whole host of critters that can leave you feeling used and abused, while the majority of their bites and stings are not life threatening do try to avoid scratching the affected area, as this can cause skin breakdown and a subsequent secondary bacterial skin infection and try not to forget Prevention is the best form of Protection.