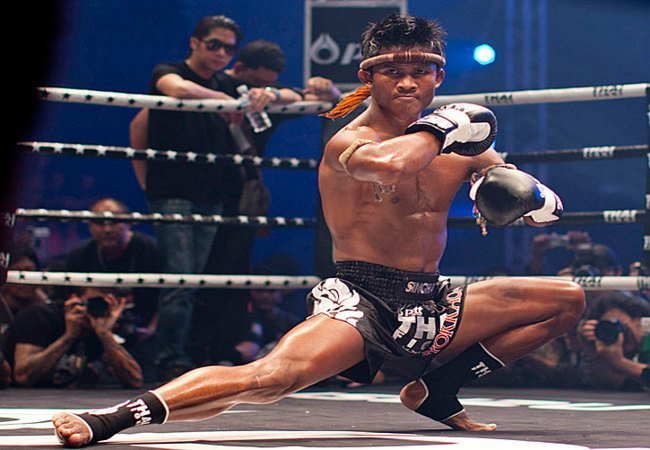 The wai khru ceremony (Thai: พิธีไหว้ครู) is an ancient Thai ritual first performed by students of martial and performing arts as well as those studying astrology and is still performed at their initiation as well as before each contest or performance. The rite is a show of respect and homage to both their teachers and the deities who patronize each of their arts. (Astrology still has an important role in Thai life with annual events such as The Royal Ploughing Ceremony, an ancient rite dating back over 2,500 years which heralds the start of the new rice-growing season. The event is usually in May, with the actual date determined by the king’s own Brahmin astrologers.)

Role on several thousand years and almost all of today’s school and further education students are expected at the start of the new academic year to take part in a wai khru ceremony. The ceremony is normally held on a Thursday which is traditionally the day of the Hindu God Brihaspati presides over, and is the day of other Hindu deities and gods of wisdom and teachers.

The rituals of wai khru are believed to have derived from ancient animistic beliefs, influenced by the spread of Brahmanism from India. This is evident in the wai khru ceremonies of traditional dance and music, where specific mention is made to Ishvara (a concept in Hinduism), Shivaga Komarpaj ( the central figure of Thai Buddhist medicine) and Narayana, (the Vedic Supreme God in Hinduism) along with other Vedic deities. Wai khru has for most of history existed as a folk tradition, passed on from generation to generation throughout the years.

The wai khru ceremony in its modern form, originated as recently as 1941 at Triam Udom Suksa School, Bangkok. Today’s ceremony usually begins with a Buddhist prayer ritual, followed by the students’ recitation of the wai khru chant, which expresses respect for and gratitude to the teachers, and asks for the teachers’ blessing of their studies. Immediately after this, a select number of students, usually the representatives of each class will present the teachers with offerings of flowers, candles and joss sticks arranged on phan (traditional Thai pedestalled trays). This is usually followed by a speech by the head teacher offering the students guidance in their academic career and when the students may be presented with awards and honors they have earned in the previous academic year

The traditional offerings to teachers have individual meanings, namely:

Thai culture tries to foster a deep respect for educators and this at times elaborate ceremony is the perfect opportunity start the academic year. The ceremony is normally very formal but does include a blaze of colour and music and after thousands of years it is still seen as a vital part of today’s Thai educational system. Long Live the wai khru ceremony.