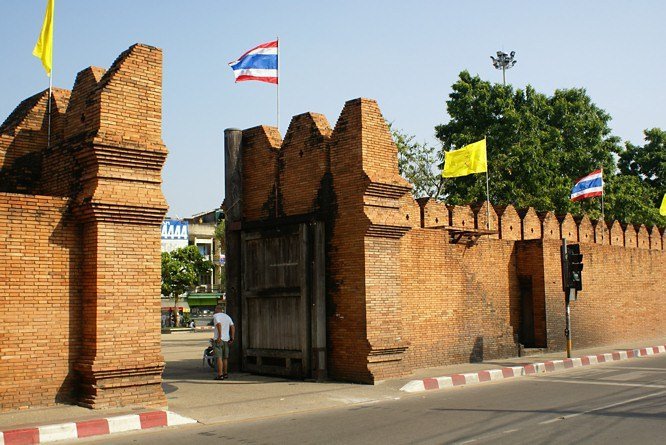 Did you know that in Thailand in the beginning of the seventeenth century the practice of human sacrifices was still wide spread?

Historical evidence reportedly shows, that the founding of a new town required voluntary or ‘involuntary’ sacrifice of one or more victims. The favoured victims were pregnant women, who were impaled under the posts which supported the fortifications. It was believed the spirits of pregnant women who died, would make ferociously supernatural agents and protect the inhabitants of the town from all manner of other bad entities and spirits.

As voluntary victims were usually not easy to come by! government officials accompanied by guards would knock on houses and walk the streets, calling out four names : Juu, Jang, Man and Khong (all common Thai names), if a person, thinking that they was being summoned, opened their door or turned their head in their direction, then that person was regarded as ‘designed by fate’, and were seized and taken away. After a short retreat and a sumptuous banquet, the victim or victims so obtained were solemnly taken to the gate and buried alive under a foundation beam

Human sacrifices was not just found in Thailand during these periods but were also taking place in the neighbouring countries of Cambodia and Burma.

City Pillars or Lak mueang (Thai: หลักเมือง) are found in most cities of Thailand. Usually housed in a shrine (Thai: ศาลหลักเมือง) which is also believed to house Chao Pho Lak Mueang (เจ้าพ่อหลักเมือง), the city spirit deity. In the nineteen century City Pillars were also reportedly built on the bodies of human sacrifices, but there is no evidence to substantiate these commonly held beliefs. Whether or not the  pillars were established with human sacrifices, there is a general belief in the existence of a guardian spirit connected with each pillar.

Because of its important status, many devotees treat the guardian spirit of the town pillar with respect which in some cases borders upon trepidation. It is reported that the road junctions around a shrine are reputed to witness many traffic accidents, as drivers will automatically lift their hands palm to palm towards the forehead when passing a shrine.

While this gesture may avert the spirit’s displeasure which is easily incurred, it does not make for good driving.

For more of our posts on the supernatural in the Kingdom see:

The return of the dead

A year of ghost stories