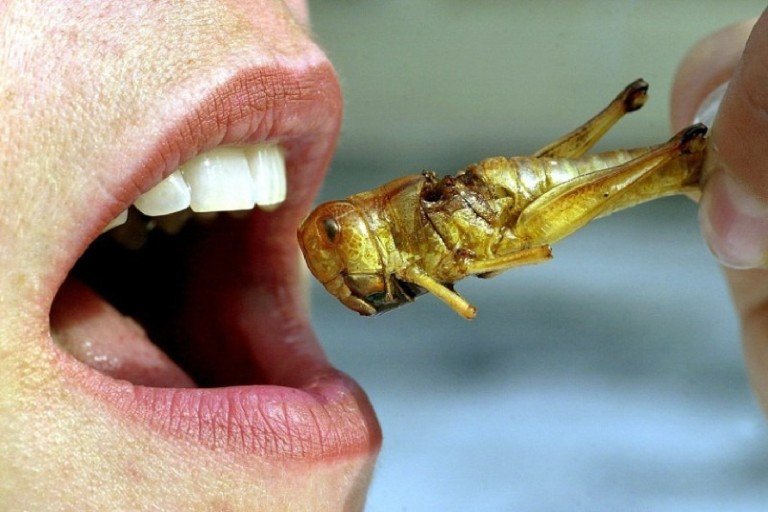 Thailand Food bug’s. Thailand, like many countries throughout the world and particularly in SE Asia has a long history of eating insects, known as “entomophagy.” But while many of other countries have seen a decline in insect-eaters—due in no small part to increased western influences including the rise of junk food and fast food outlets —Thailand’s consumption of creepy crawlies has actually grown and diversified beyond historical levels; with “more than 20,000 insect farming enterprises … registered in the country.” Thai farmers are now seen as being at the cutting edge of this industry, which is slowly being seen as a more environmentally friendly alternative to traditional animal live stocking and already constitutes a multi-million-dollar frontier of farming in the Kingdom.

There are over 1,000 species of insects known to be eaten in 80% of the world’s nations. These include 235 types of butterflies and moths, 344 species of beetles, 313 species of ants, bees and wasps, 239 species of grasshoppers, crickets and cockroaches, 39 species of termites, as well as 20 species of dragonflies, among others.

Thailand Food bug’s. Bugs in food in the West

While the west may still turn its nose up at the thought of digging into a bowl of bugs they may be surprised to know that in practice, it is not possible to eliminate pest insects from the human food chain. Insects are present in many foods, especially grains. Food laws in many countries do not prohibit insect parts in food, but rather, they limit the quantity. People in rice-eating regions, for example, typically ingest significant numbers of rice weevil (Sitophilus oryzae) larvae, and this has been suggested as an important source of vitamins.

While according to the U.S. Food and Drug Administration‘s – The Food Defect Action Levels booklet. Contamination on the average of less than 150 insect fragments per 100 grams of wheat flour poses no health hazard.

Other example of the maximum permissible levels of insect contamination in food products for humans, contamination below which level, poses no health hazard, are:

Omphisa fuscidentalis, the bamboo borer, Known in Thai as rod fai duan or ‘the express train’ is a moth of the Crambidae family. Its habitat is the bamboo groves and forest of northern Thailand

While the adult moth only lives for two months: July and August, in its larvae state it lives for 45-60 days and in its dormant state a further 8 months. The pupal phase takes 46 to 60 days and falls in June and July. When they hatch they are a pale brown in colour and covered in long hair and turn white within 3 days.

The larvae is collected as food by Thai people mainly while the larva is in its dormant state and when they congregate in one single central cavity within the bamboo. The best time for collecting them is around January to April, generally the infested bamboo is stronger than the non-infested, because the wood cells are small and dense, making them stronger and heavier than normal bamboo, this makes them ideal for bamboo handicrafts and construction poles.

About 26% of their body weight is protein, and 51% fat. The name in Thai cuisine for this delicacy is “bamboo worm” (non mai phai, Thai: หนอนไม้ไผ่), but due to its appearance, it is commonly called rot duan (Thai: รถด่วน), meaning “express train”. Most often it is eaten deep-fried, but the little critters can be eaten raw.

Bamboo caterpillars are one of the most popular edible insects and the selling price is still quite high compared to other edible species. They can be found in shops, packaged in both uncooked frozen packs and ready-to-eat boxes (deep fried beforehand) and street vendors.

Oecophylla smaragdina; known locally as ‘red’ ants or mod-daeng and are a popular delicacy. The ant workers construct nests by weaving together leaves using larval silk. Many ant colonies can be found on a single tree. Weaver ants are mostly found in the northeast of the Kingdom and have for eons been intertwined with the way of life of people of the region, with traditional local folk songs and dances telling stories of red ant egg and their harvest.

Red ant eggs, or khai mod-daeng are popular food across the Kingdom, while Pupae and adults are also eaten. The most popular dishes, particularly in the northeast, are omelet mixed with red ant eggs and Thai red ant egg salad (yum khai mod-daeng). In the south they have their own sweet tasting dish Boiled Ant Eggs in Coconut Milk, known as Tom Kati Kai Mod Daeng

Weaver ants are traditionally harvested from trees in the wild. However, more and more farmers breed and maintain weaver ant colonies in their own mango trees. While farmers can earn a decent income from farming these insects the short harvest period means the practice is still a side line to traditional farm income from rice or cassava production.

The ant colonies can be maintained and expanded if their host trees are protected from ground based predators and have good access to water, they can easily be fed on normal food scraps. To help the ant’s further ant highways are installed amongst the trees, these also help conserve the insect’s energy and promote multiple nests. These highways in the sky are made from any type of rope, excluding plastic and rattan cane.

Collecting season for weaver ants usually occurs once a year during the dry season between February and May. During this period the arboreal nests of the weaver ants are full of eggs, larvae and pupae. In Phetchabun Province, the season occurs from January to May and three crops are obtained annually.

Harvesting involves the use of a long bamboo pole, to which a bag or basket is attached to one end while the end held by the farmer is coated with rice or tapioca flour to prevent the ants from biting the collector. A hole is poked into the nest and it is shaken so the larvae and pupae fall down into the bag, the bag is then poured onto a plate or container, which has a branch in it allowing the adults to return to their nests.

Weaver ants are very popular and consumer demand is higher than the natural supply. According to some reports, the number of non-farmed weaver ants has been declining and they are more difficult to find in the wild. Decreasing populations have a negative impact on ecological systems because ants are predators and perform many ecological roles that are beneficial to humans, including the suppression of pest populations. Weaver ants were first used for biological control of citrus pests in China, and are used today in mango and cashew plantations in Australia and Thailand.

Lethocerus indicus: known in Thailand as ‘malaeng da na’ or ‘meng da’; Thai: แมงดา. Sometimes mistakenly thought by westerners as a cockroach. The giant water bug is native to Southeast Asia and can grow to a length of 5 inches. It is a popular edible insect and is consumed across Thailand, where the whole bug, excluding the wings are eaten. It can be grilled or fried or used as an extract in sauces to make Nam Phrik Mangda, a type of chili sauce and another popular Thai sauces Nam Pla Mang Da.  Usually the male is preferred as it is only he that has a scent gland that can produce a strong distinctive smell.

Similar to a praying mantis, the giant water bug snatches its prey with its front legs; it then injects it with a powerful toxin which breaks down the internal mass of its victim.

These giant bugs have been known to prey on animals far larger than themselves, including fish, lizards and snakes, link to a BBC article about a giant water bug devouring a turtle.

Giant water bugs can and will bite people, they are said to deliver a painful burning pain when they bite.

Giant water bugs live in still water, swamps and rice paddies. During the rainy season (May to August) attracted by light they come out of the water to breed. One common method for catching them in a field is to set up a blue neon light with a long bamboo pole 2-3 metres high. A water container is placed on the ground to collect the bugs that fall down. Fishing nets are also used to harvest them from swamps and ponds.

Commercial farming is quite difficult and laborious because this species is predatory and cannibalistic especially when its habitat is overcrowded.

Giant water bugs are predatory insects and usually sensitive to changes to their surroundings. Although the giant water bug is a very popular edible insect among Thai people, population of species is declining due to environmental and habitat changes and pollution. Large numbers of giant water bugs are bought from neighbouring countries like Cambodia and Myanmar.

Due to high demand in the market, the price is high and increasing year by year. In recent years one male can cost between THB10-15. Females are cheaper and sold at THB8-10 each. Recently giant water bugs have been sold in frozen 10-bug packages in wholesale chain supermarkets throughout the country.

Many species of Orthoptera or grasshoppers are edible, with many of them still unknown and as yet unidentified or recorded.  In Thailand while all of them are pests of economic crops such as maize and rice, today they have become one of the most popular edible insects especially since control efforts have in the main been unsuccessful

Grasshoppers are collected in paddy or maize fields by using a net, a piece of cloth or by hand at night or in the early morning as low temperatures make them inactive. Before eating these ravenous pests, you must first remove the intestines this is easily done by twisting the precooked (deep-frying is a popular way to cook them) whole insect head and withdrawing it along with the attached intestines, you should also remove both the wings and lower legs, there you have you are good to go! Deep-frying is a popular way to cook them.

Grasshoppers are one of the most popular edible insects eaten by Thai people, but commercial farming is still not a viable option due to the fact that it has almost a year-long life cycle and still requires its natural food for feeding.

Wild collection of grasshoppers is rarely witnessed in Thailand. Most edible grasshoppers sold in Thai markets come from Cambodia. Approximately 170 tones of grasshoppers are imported annually for retail at Rong Kluea market at the Cambodia border in Sa Kaeo Province (Ratanachan 2009).

And so there you have it while those in the west may still turn their nose up at the Thai love of all things edible, possibly with the world needing to feed an ever increasing population we may all be tucking into a bowl of bugs sooner than you think?

A bug’s life in Thailand.