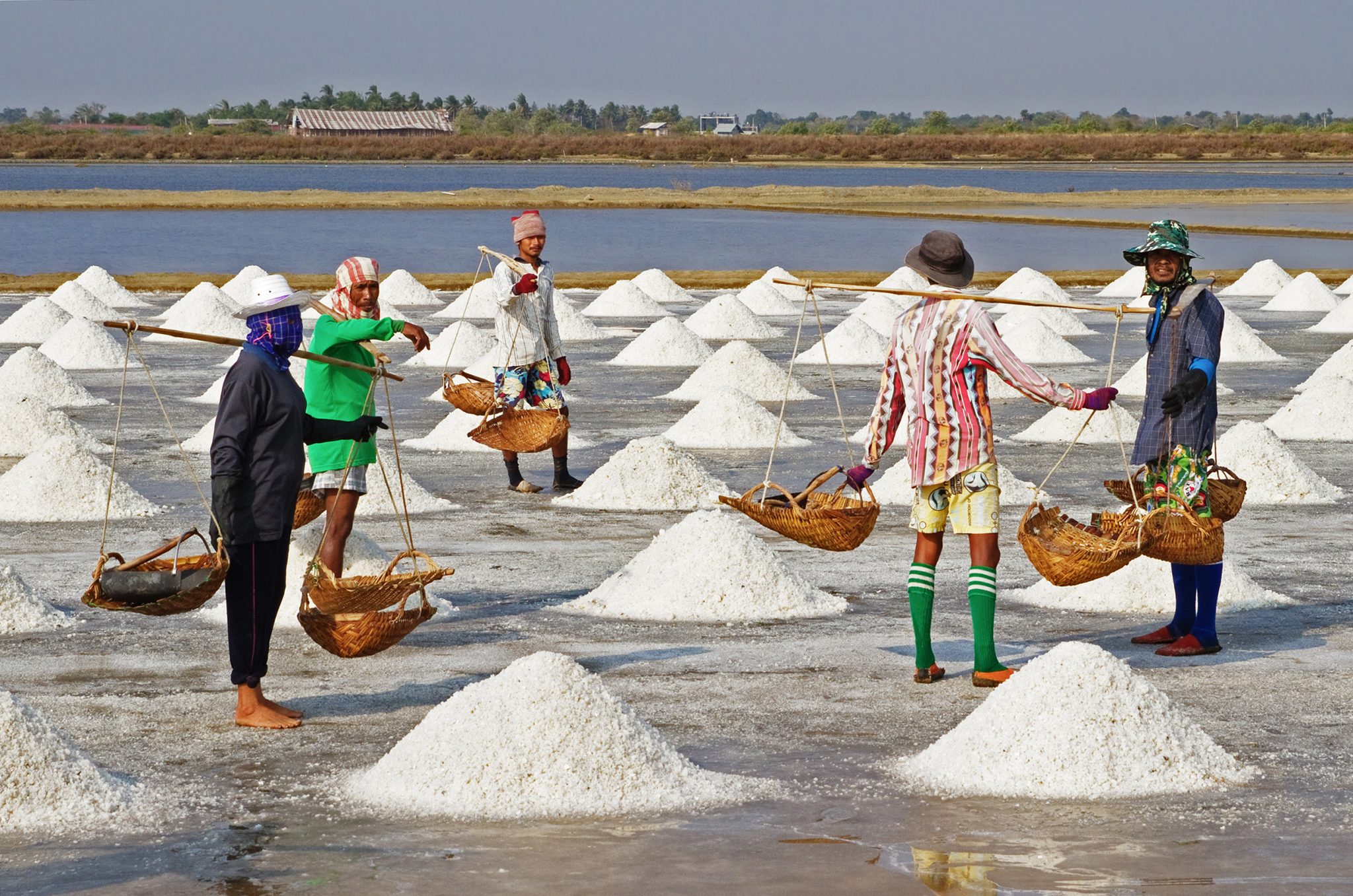 Thailand Festivals The Art of Salt. Now in its 5th year this event shows how salt has played its part in the Kingdoms past and present

Each year in March, the salt industry celebrates its own achievements in a 3 day and night festival, that amongst other things features numerous educational displays as well as the work of local artists in sculptures made from salt. Added to these at times strange and bizarre displays are numerous demonstrations of the art making salt, art workshops, plus a host of games and entertainment.

Visitors can also drop by at the Ban Laem Salt Museum, to glimpse the history and background of this largest salt farm in Thailand. Of course this would not be Thailand, if the event was not crammed with all manner of vendors, selling a multitude of local handicrafts and delicious food from around the province

The need for salt

Salt (เกลือ. Kluea); can be found on almost every dining table in the world, it is also needed by the body because; among other things, it contains nutrients that preserve stomach health, it also maintains water retention and muscle contractions. Salt is healthy when it is consumed in moderation.

In Thailand it is not just used for food flavoring, the Salt minerals are also employed in many of the nation’s spa treatments, plus in the health industry, where it is used in skin scrubs and massage treatments. Also prior to refrigeration salt was widely used as a preservative, allowing traders to get their produce further afield.

Thailand has long had a tradition of salt farming, with  most of the salt used coming from brine salt-farms, concentrated around Bangkok, in the areas of Phetchaburi, Samut Sakhon, and Samut Songkhram (on the Gulf of Thailand), as well as in Pattani in the South.

The farming of salt in Thailand, is very hard work , it is both labor intensive, with very little machinery and is carried out during the hottest and driest part of the year, October to April. It is now that the fields previously filled with sea water will slowly evaporate leaving behind the salt which is collected by hand. It is estimated that Thailand produces a million tones of salt each year.

Every cell in the body contains salt – an adult contains about 250 grams, equivalent about two-and-a-half times as heavy as a Deck of Cards and roughly the same weight as a Syrian Hamster (I kid you not)

In times past Japanese theatres, salt was sprinkled on to the stage before each performance to prevent evil spirits from casting a spell on the actors. Today salt is still seen by some as a powerful absorber of psychic energy.

Right up to the 20th century, pound bars of salt (called amoléh), were used through-out what is now Ethiopia as money.

Consumption of too much salt can be deadly – you need to take about 1 gram of salt per kilogram of weight to die and this was used as a method of ritual suicide in China – especially amongst the nobility as salt was so expensive.

Sodium is a key component in the operation of all signals within, as well as to and from, the brain.