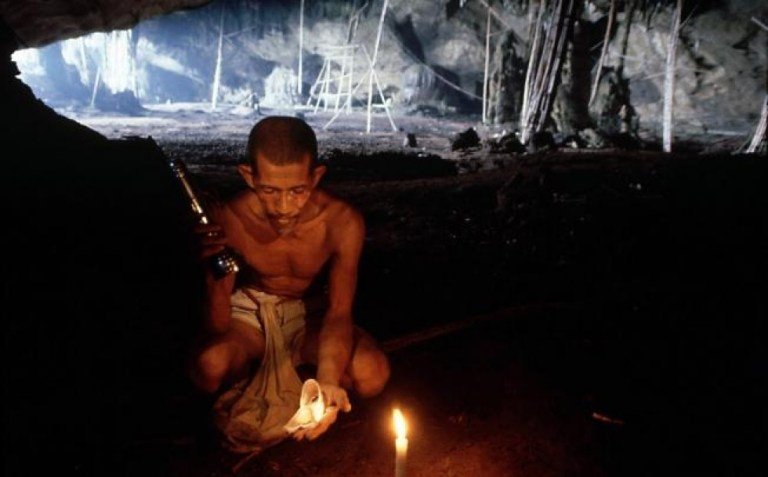 Thailand Bird’s Nest Soup The Caviar of the East

Thailand Bird’s Nest Soup. Edible bird’s nests, sometimes described as ‘the caviar of the East’ are considered one of the five elite foods highly prized by the Chinese, this is due to their rarity, supposedly high nutritional value and exquisite flavor (the others are abalone, fish maw, ginseng, and shark’s fin). The Chinese also believe that the nests promote good health when they are drunk as a tonic, especially for the skin and lungs.

These nests are among the most expensive animal products consumed by humans.

The swiftlet, part of the swift family, (also known as Sea Swallows) are tiny insectivorous birds, that are distributed from the Indian Ocean, throughout Southeast Asia and north Australia to the Pacific. Their normal domain is among the craggy, sea-splashed caves of Southeast Asia in areas where there were no twigs, no grass and no soft earth to burrow into. Somewhere along the evolutionary road, these speedy birds (they can fly at speeds of 170 kilometers per hour) started churning out an abundance of saliva during their matting period that when dried forms tiny nests about the size and hardness of tea cups, which they attach to cavern walls.

Bird’s nest soup was supposedly invented around 1750 by a Siam-based Chinese man named Hao Yieng, who discovered the “wind-eating” swiflets nests were soluble in water. He was later able to sell his newly found miracle produce to doctors who would boil the bird’s nests into a globular soup and administer it to sick patients. The practice continues to this day.

In 1770, the King of Siam, reportedly granted Hao Yieng a monopoly on the bird nest trade. He promptly became rich. Later the Siamese took back control of the nests and a “corps of hereditary collectors” was established. This was later changed where today licenses awarded to the highest bidders.

Indonesia is the biggest producer (70%) followed by Malaysia, Thailand, Vietnam, Singapore, Myanmar, India, Cambodia and Sri Lanka. It is estimated that in Indonesia the product now accounts for 0.5% of the Indonesian GDP, equivalent to about a quarter of the country’s fishing industry. Thailand exports about 19,800 pounds annually, which generates $23.8 million in taxes. The entire global industry is an estimated $5 billion.

Most of the natural nesting limestone caves are found in the southern provinces, especially in the Phang Nga Bay area. With the worldwide escalation in demand these natural sources have been supplanted since the late 1990s by purpose-built nesting houses, usually reinforced concrete structures sometimes called ‘swiftlet hotels’. These nesting houses can be found in urban areas near the sea, including the eastern provinces of Rayong and Trat.

Types of bird species and quality of the nests

There are three grades of nests: the most common are the white nests made entirely of saliva and the lesser valued black nests which can contain plant materials and feathers and so discolor the nests. The black nests are normally harvested after the chicks have left, while the white are harvested before eggs are laid. White nests are the second most valuable, as they are generally made by birds that nest deep inside the caves where there is less chance of the elements contaminating them. Generally the whiter and purer a nest the more tasty and valuable it is. Black nests are not eaten until they have been properly cleaned.

There is also the most prized of bird nests that of the Red Nest, these nests are believed to be the best for medicines and hence fetch a higher price than their counterparts. Myth has it they get their reddish hue from the blood of the swiftlet as they build the nests and their diet, research however has proven the red nests colour is purely a result of the mineral content and the wet surface of the cave which seeps into the nest.

The high cost and demand for red nests has attracted counterfeiters, where white and black nests are treated with a red pigment. Counterfeiting is such a big issue it led to the halt of Malaysian nest exports to China and the introduction by the government of micro-chipping nests. Fake white nest products are also widely available.

Harvesting is controlled and regulated to protect the birds and make the sure the supply of bird’s nests is not depleted. Companies pay governments as much as $500,000 a year for the right to collect bird nests in certain caves or certain islands. The Thai government alone collects about $25 million a years from five companies that collect nests from 140 islands.

Cave nests are collected twice a year: once before the eggs are laid and again after the birds have made a second nest and the fledglings are gone. The nests are harvested by men that sometimes climb hundreds of feet up to roofs on flimsy bamboo scaffolding and rattan ropes. These men use special knives and three-pronged tweezers, that have been pre-blessed by the cave spirits, to cut and pull the nests off the cave walls. It can take 8 hours to harvest 10 nests in a well stocked cave.

Due to the large sums of money involved poaching is a problem in Thailand (as it is wherever these birds make their homes), with many caves protected by armed guards and the installation of barbed wire and booby traps. In the early 1990s, clashes between licensed collectors and locals who poached on nest concession areas resulted in the deaths of 29 villagers in a nearby area called Pattalung.

Studies have indicated that populations of some swiftlet communities have declined as a result of poaching and over farming. Some caves have only a third of the nests they once had, while others have abandoned completely because there are so few nests that it is unprofitable to collect them. By one estimate the overharvesting of nests and destruction of swiftlet habitats led to a decline in the number of birds by 73 percent in some areas between 1962 and 1990.

Here in Thailand all manner of industries have popped up to support this ever growing ancient trade, including providers of humidifiers heat fans, laser infrared thermometer guns, plastic nest moulds to entice the birds to make their nests, Horn tweeters (an electronic bird caller) and bird ‘Love Potion’

When dissolved in water, the birds’ nests have a gelatinous texture and are used for savory or sweet soup. They can also be found in many other Chinese dishes; cooked with rice to produce bird’s nest congee or bird’s nest boiled rice, or they can be added to egg tarts and other desserts. A bird’s nest jelly can be made by placing the bird’s nest in a ceramic container with minimal water and sugar (or salt) and double steamed. Ready-to-eat bird’s nest jelly is also available in jars as a commercial product.

While I have only tasted them once, in their cooked form and before any chicken broth was added, I found them to be tasteless, with a strange, phlegmy texture, but hey what do I know!

So there you have it a tiny bird and their nests that are fought over, eaten by those that want to demonstrate their wealth, collected by men who risk their lives climbing into darkened caves and pampered by others with bird Viagra and mating calls, not bad for an animal that is no bigger than an orange.