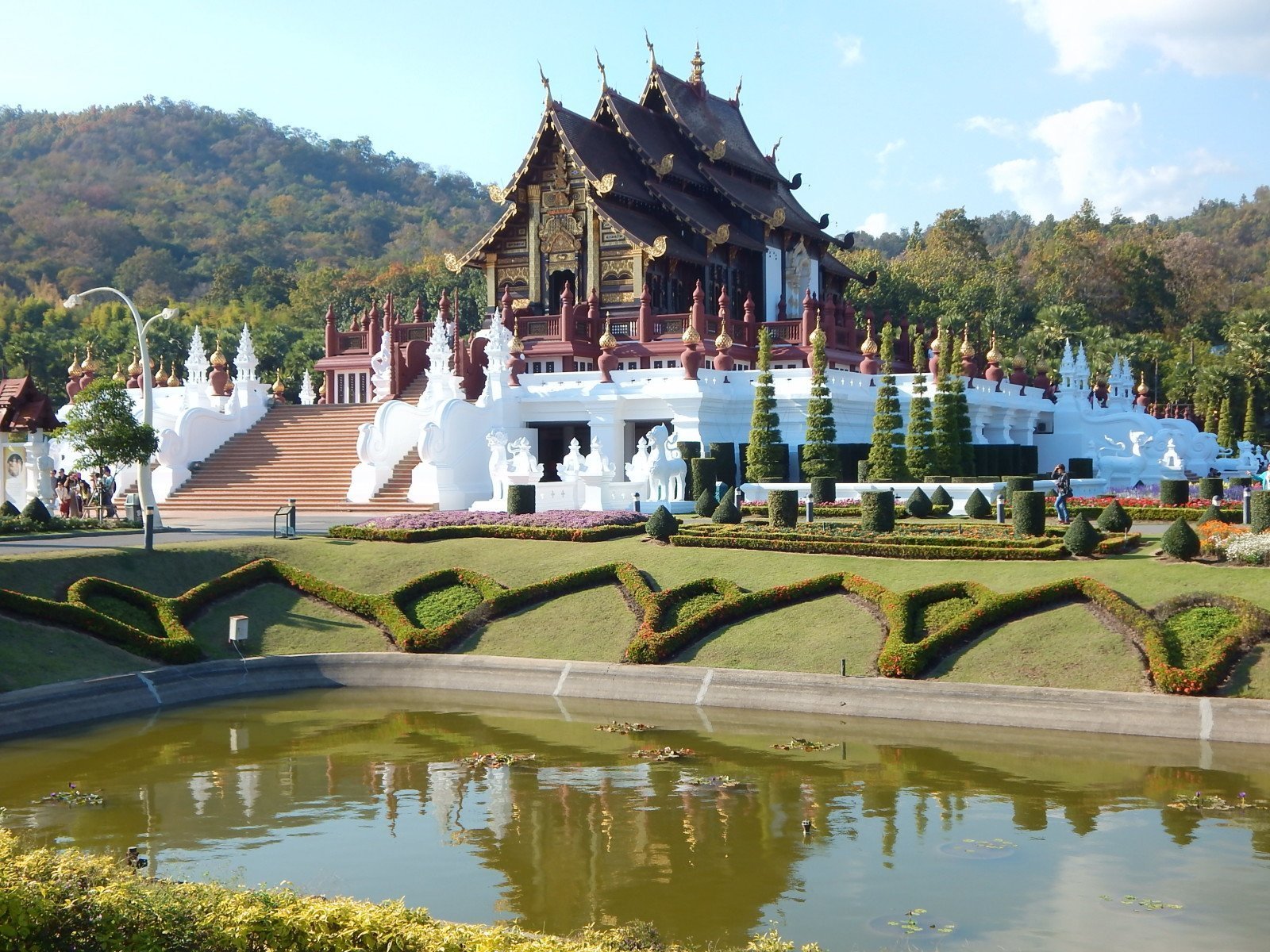 Royal Park Rajapruek Chiang Mai. The Royal Flora Ratchaphruek was a flower festival held 1 November 2006 to 31 January 2007 in the Thai city of Chiang Mai that drew 3,781,624 visitors. It was one of the grand celebrations being hosted by the Royal Thai Government in honor of KingBhumibol, the world’s longest reigning monarch.

The Ratchaphruek (Cassia fistula L.) or golden shower tree is the de facto national flower of Thailand. Its yellow blossoms correspond to Monday, the birthday of Bhumibol. It is also named “Khun” or “Chaiyaphruek”.

The event was located on 80 hectares of land at the Royal Agricultural Research Center in the Mae Hia sub-district, Mueang district,Chiang Mai Province in northern Thailand. The 92 days of the expo featured 30 international gardens reflecting nations such as Japan, South Korea, Belgium, Netherlands, South Africa, and Canada. More than 2.5 million trees of 2,200 species of tropical plants and flowers were on display in this exhibition. The Association of International Horticultural Producers (AIPH), gave this expo A1 status,[1] its highest level. Such exhibitions occur only once a year throughout the world. In addition, a host country can only hold one such exhibition once a decade.

The festival included many highlights to attract tourists:

The Thai government had expected an average of 20,000 visitors per day, with over 100,000 visitors on a crowded day, and 3 million visitors in total to attend the Royal Flora Ratchaphruek 2006. At the exposition’s conclusion, organizers claimed that the exposition had injected 27 billion baht into the regional economy.

The Thai government has proposed transforming the site of the exposition into a permanent training center. Despite some complaints of corruption and substandard facilities, organizers believed the exposition achieved its goals of promoting tourism and developing Thai horticultural industries.

The park was open to the public in 2008 with many of the past highlights still very much in evidence, including the international exhibits. It is thought that it will remain to stay open as a valued addition to things to do in Chiang Mai. The park receives around 500 visitors a day at the moment, mainly Thai.