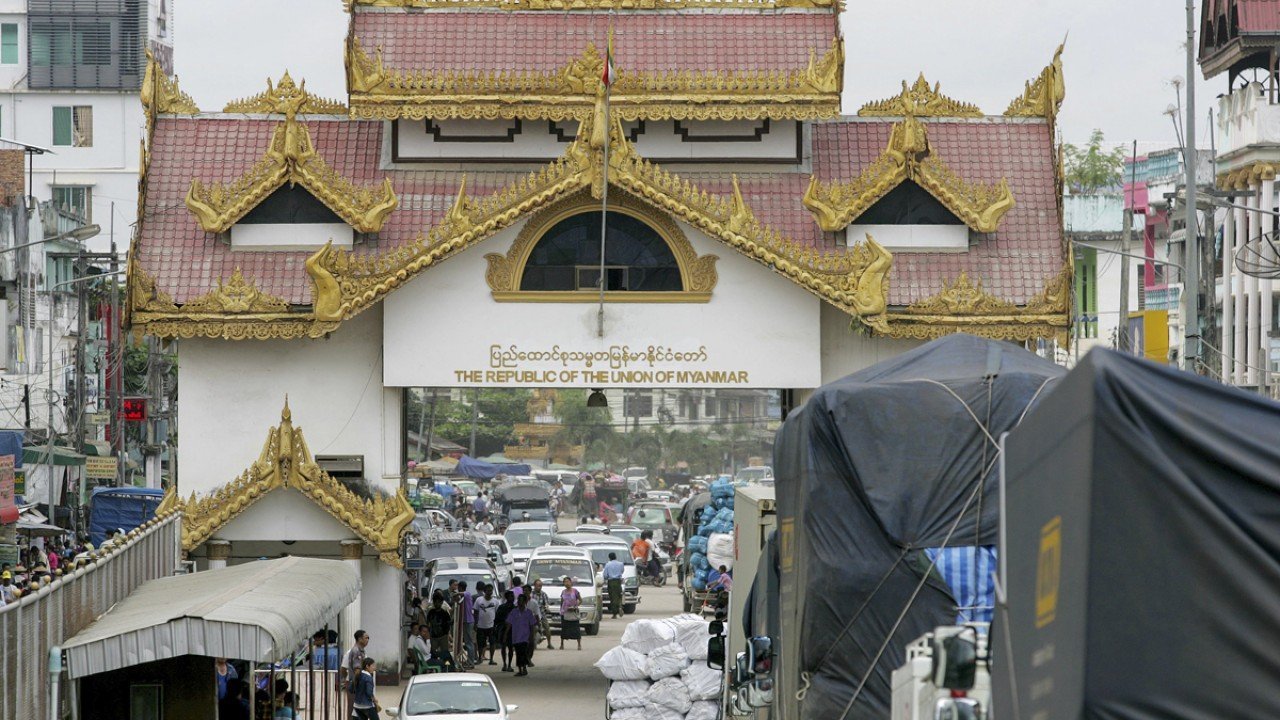 Mae Sot Thailand. Mae Sot is located in a mountainous rain forest. Think of Tarzan’s home. But in Thailand. In 2006, many houses did not have electricity. Ones that did might share a single electrical wire with several families. Across the border is Burma. As with any border, one side wants what the other side has. Thailand newspapers often report problems in this border area involving black markets. Smuggling whatever, people trafficking and drugs.

Thailand buys teak wood and gems from Burma. The Burmese sell whatever they can. They also work in many of the shops on the Thai side. Some are intricate wood carvers. One of the shop owners explained that various products are shipped to America. Back in Missoura only bankers and such could afford to buy the finished product.

Both men and women work all day in these shops for about three bucks. And they are happy to have a job.

You are looking at Burma.

He is looking at you.

Burma is now called Myanmar and here is why. At one time Burma was under British control until 1948 when they gained independence. The Burma military took over in 1962. About 30 years ago the military government changed the English translations of many names. Burma now became Myanmar. But many of the locals do not recognize the ruling military government so they still say Burma.

A Burmese lady peddling her wares.

Inside a typical shop on the Thai side of the border. Carved wood furniture and workers on their phones.

A child following his mother. She would be happy to make five bucks a day.

The Thai Army presence is seemingly everywhere in this region. And yes, the old

US Army rifle  is loaded.

Locked and Loaded. It is a common occurrence for skirmishes to occur involving smugglers and the Thai military.

Many of the poorest families live on the river bed of the border. We were told that most of these people were neither Thai or Burmese.

Many of the sick Burmese will cross the border for medical care.

These Burmese men have gone as far as they can on the border.

A certain amount of bootlegging is tolerated.

Bargains can be had as a Thai soldier looks on.

An undercover agent for the FBI?

Expect to go through numerous military checkpoints while traveling in this region.

Burmese need to show ID in order to cross the border.