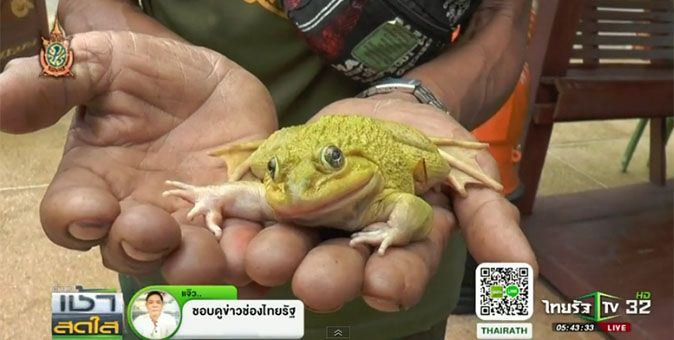 Golden frog who villagers hope can predict lottery No’s. A rare golden frog born on a farm in Phrae province has become the latest excitement for locals as people travel to check out the rare animal.

The frog, who now lives in at Mai Chareontham Monastery, in Rong Khem district, was given as a gift to a famous monk that lives there after frog breeder Somchai Tapong, 53, found that one of the thousand frogs he owns is actually gold and sparkly. 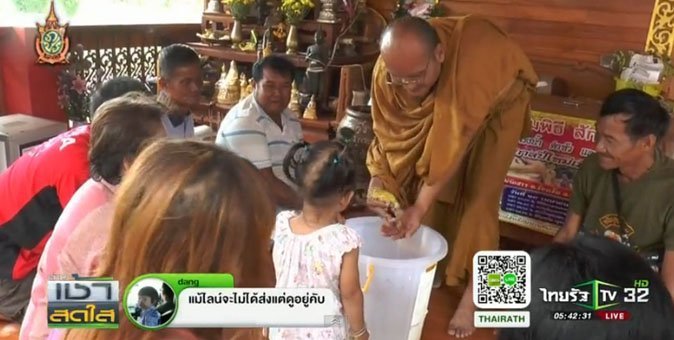 Master Bapat Witthusilo, the monk who now owns the frog, said the animal is a male and it is not scared of people at all.

He also noted that the frog “sparkles” in the sunlight. We’re now imagining the frog as some kind of cheesy Twilight vampire frog.

No matter how much that frog sparkles, however, the monk refuses to predict winning lottery numbers for the villagers — no matter how many times they ask, according to Thairath.

Meanwhile, an academic pointed out that the frog simply has a skin pigmentation disorder, which can be found in all animals, Morning Newsreported.