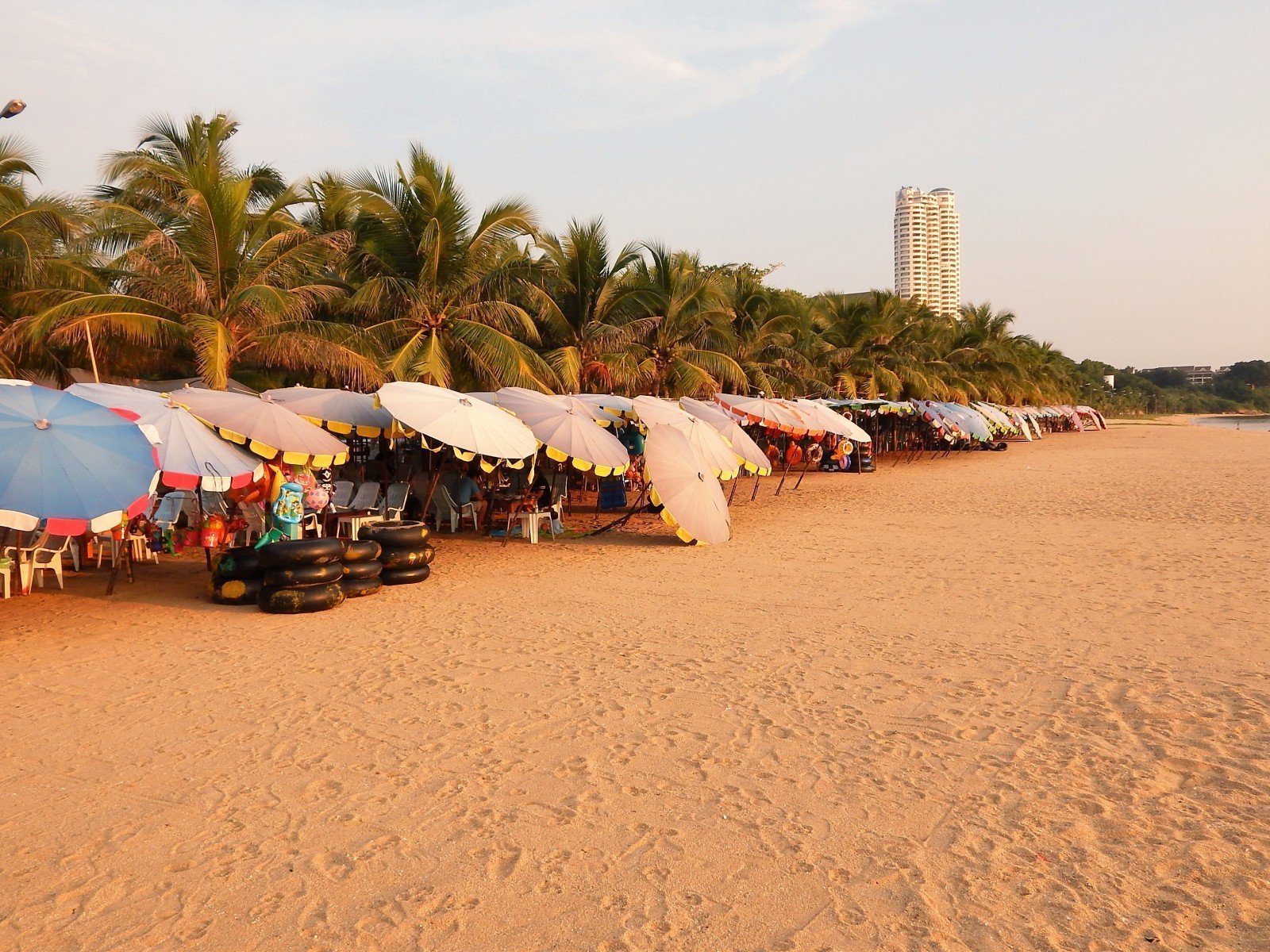 Baan Amphur Pattaya Thailand. Pattaya (พัทยา) is a seaside resort on the Eastern Gulf Coast of Thailand, about 150 km southeast of Bangkok. Pattaya is mostly famous for its go-go and beer bars, but local authorities have made some efforts to provide more family-friendly attractions and activities. Although the sex industry is still going strong and sex tourism remains the key money earner for Pattaya, the resort also attracts local families and holidaymakers from around the world.

Efforts by local authorities over the past few years have improved the quality of the beaches, but they are still lacklustre by Thailand’s standards, and over-development has long since destroyed some of the natural charms the area once had. However, the plethora of hotels and guest houses, and easy access from the capital and airport, make it a popular weekend getaway. Catering for over five million annual visitors, Pattaya is also able to offer an excellent range of eating options and a wide variety of things to do. Its population is a colourful mix of nationalities and ethnicities from near and far.

Pattaya occupies most of the coastline of Bang Lamung District (one of the eleven districts that comprise Chonburi Province). This article only deals with Pattaya proper, which spans the areas to the east of Naklua Beach and Pattaya Beach, plus the Buddha Hill headland (which is immediately south of Pattaya Beach). Jomtienis covered in a separate article, and contains Jomtien Beach and the areas east of it, including Dongtan Beach. The beaches of Jomtien are much broader and generally in a better shape, and the atmosphere locally is more sedate and family-oriented than at Pattaya Beach.