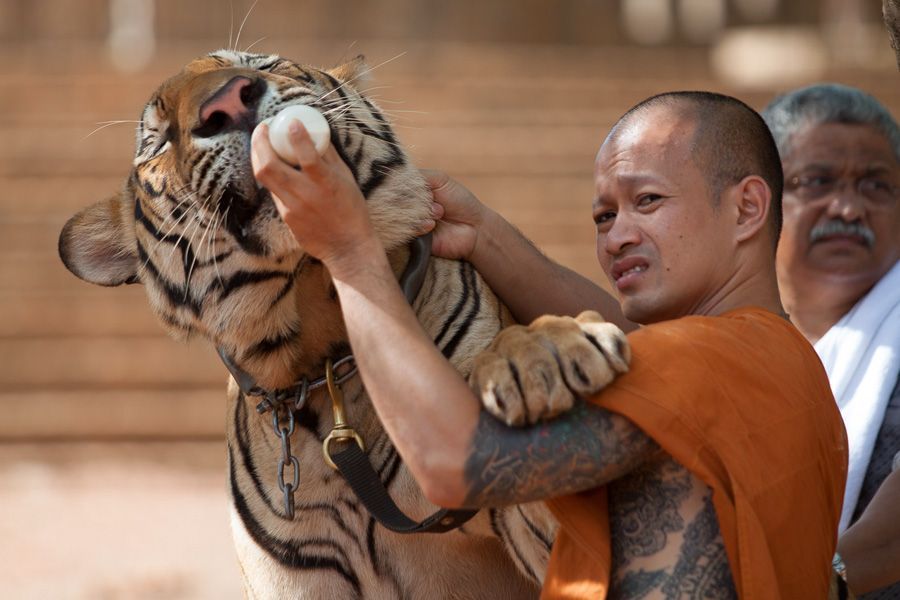 Zoo license to Tiger Temple. The Department of National Parks, Wildlife and Plant Conservation has defended its decision to grant the Tiger Temple in Kanchanaburi province a zoo license after being criticized by an activist group.

Adisorn Noochdamrong, the department’s deputy chief, said the temple, formerly known as Wat Pa Luangta Bua Yannasampanno, had set up a company, the Tiger Temple Co, to run the zoo.

The controversial temple, which brings in THB100 million a year from tourists, submitted a request to the department in February to set up the zoo.

Last Tuesday, the department agreed to the company’s request for a zoo license, covering 25 rai of land. The license is effective until April 18, 2021.

The decision has come under attack from the Wildlife Friends Foundation Thailand (WFFT), which has criticized the granting of the zoo license despite the fact the temple has long been accused of abusing and exploiting its animals and the department previously ordered the confiscation of all 147 tigers from the temple.

Although the department ordered the removal of the tigers from the temple in January, so far just 10 have been relocated.

WFFT said on its website it was “shocked and disgusted” by the decision, which will legalize the temple’s animal operations and even allow it to buy back the 10 confiscated tigers.

A department source said the price of a tiger would be over one million baht, which the temple can easily afford.

“The court has not yet issued a ruling, which in legal terms means the temple has done nothing wrong,” said Adisorn

No one from the company was involved with illegal wildlife possession, he added.

“We have seen no reason to reject the company’s proposal,” he said.