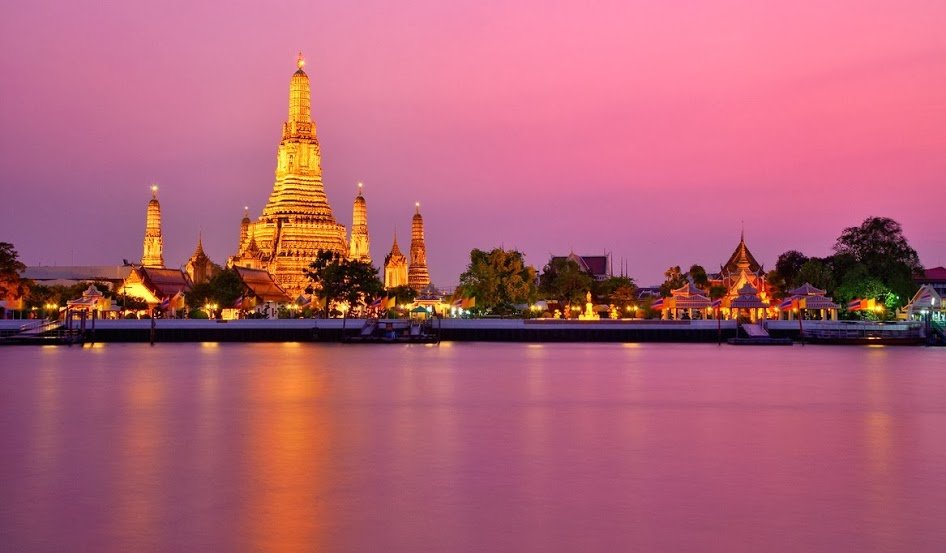 Thonburi (Thai: ธนบุรี) is a vast district that consists of the entire west bank of the Chao Phraya River in Bangkok. After the sack of Ayutthaya in 1767, General Phraya Taksin made Thonburi the new capital of Siam for a chief period of time. It is hard to believe this was once the country’s capital, as the district is devoid of the grand structures seen in other former capitals. In fact, Thonburi stayed relatively isolated from Bangkok proper, and for centuries was an agricultural land filled with canals and fruit orchards. While Thonburi has quickly developed in recent decades, most visitors still come here for the cool and peaceful atmosphere. The traditional Thai way of life on the canals still exists here, as do the floating vendors and orchard farms.

Originally, “Bangkok” referred to a village in the area that today roughly corresponds to the neighbourhoods of Bangkok Noi and Bangkok Yai. At that time, the Chao Phraya River had a completely different course than it does today. The Chao Phraya had a horseshoe shape that is similar to the current course of the Bangkok Noi and Bangkok Yai canals. One theory on the origin of the name is that Bangkok came from “Bang Ko”, which means “island village” in Thai, referring to the village that was almost completely surrounded by the Chao Phraya River. Bangkok was the first part of Thonburi to be settled, as its location was a convenient storage point for trade ships that sailed north towards Ayutthaya. The horseshoe shape of the Chao Phraya River slowed down trading ships, and in 1542 a small canal was dug across the base of the meander to shorten sailing time. The strength of the current eroded the canal’s banks, and over time the new canal became the main course of the river. Bangkok was on the east bank of the old course of the river, but on the west bank of the new course.