Vendors at Silom Night Market to be evicted Bangkok 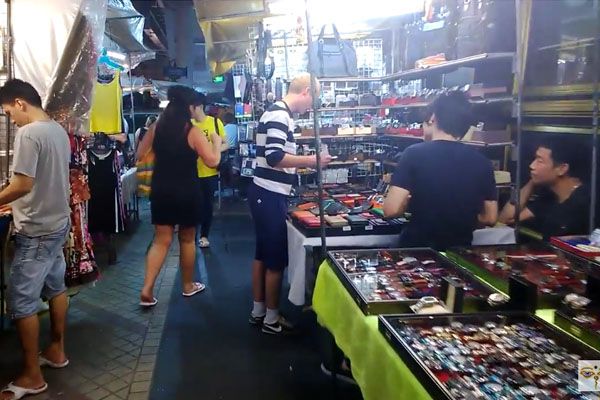 Vendors at Silom Night Market to be evicted. The scene of tourists clogging Silom road’s sidewalk as their party of five excitedly stops for pirated DVDs and Chang Beer shirts is about to end.

City Hall has ordered nearly 600 vendors currently permitted to operate on the sidewalk of Silom road to clear out by the end of the month as part of the city’s cleanliness and order campaign, Vallop Suwandee of the Bangkok Metropolitan Administration said yesterday.

However, the vendors located in sois off the main road, such as Patpong, will be permitted to stay, Khaosod English reported.

Vallop said that vendors on Silom road usually park their vehicles near their stalls on the main street, clogging the traffic, while some food vendors dispose of their waste in public drains.

Selling an array of goods aimed at tourists, Silom Night Market is often listed as one of the places to visit in Bangkok.

This is the end of an era and very sad for Bangkok. The more markets that they close the more the heart leaves the city.

Vendors at Silom Night Market to be evicted