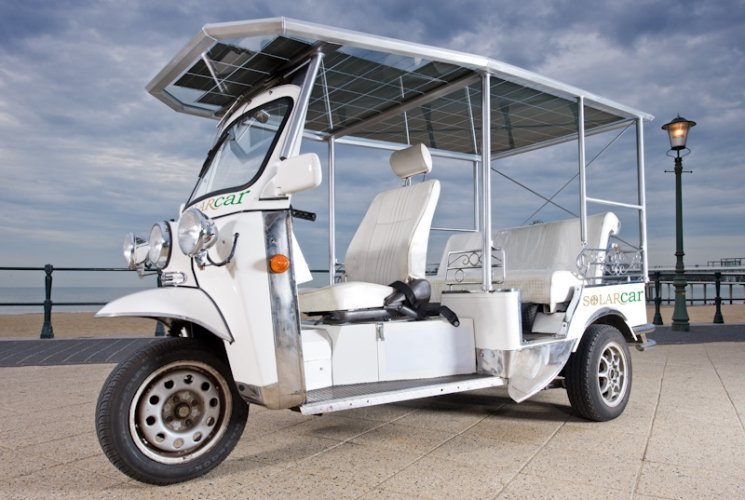 Morakot has a workshop in Bangkok’s outer suburbs where he and his team create a variety of green vehicles, such as golf cars and resort transport.

Bangkok’s tuk-tuk drivers were less than impressed with the power of the solar vehicle, but the solar solution has the potential to reduce noise and pollution on Bangkok’s streets when it is fully developed.

Most have three wheels and do not tilt. An exception is in Cambodia, where two different types of vehicles are called tuk-tuks, one of which (also known as a remorque) has four wheels and comprises a motorcycle (which leans) and trailer (which does not).

The auto rickshaw is a common form of urban transport, both as a vehicle for hire and for private use, in many countries around the world, especially those with tropical or subtropical climates, including many developing countries

In 1947, Corradino D’Ascanio, aircraft designer at Piaggio and inventor of the Vespa, came up with the idea of building a light three-wheeled commercial vehicle to power Italy’s post-war economic reconstruction. The Piaggio Ape followed suit.