Tiger Temple gets the go-ahead to build zoo 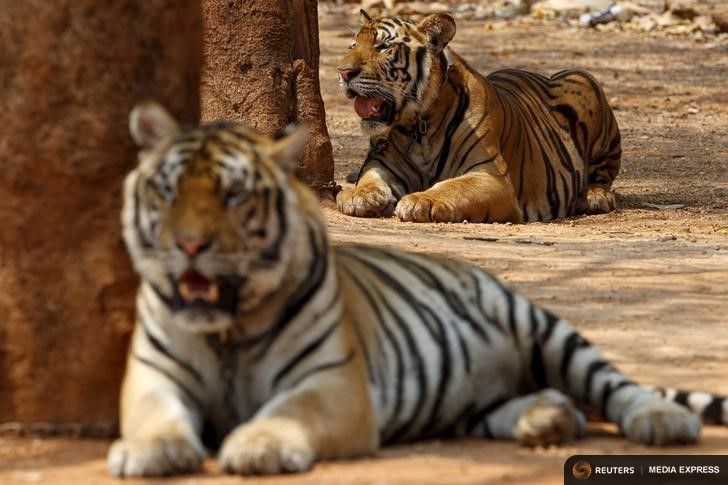 Tiger Temple gets the go ahead to build zoo. The controversial “Tiger Temple” has been given the go-ahead to construct a zoo on 25 rai of land after obtaining the required license.

The popular tourist temple, which brings in US$3 million a year from tourists wanting to play with and take selfies with its 147 tigers, has long been accused of abusing and exploiting its animals.

The temple, formerly known as Wat Pa Luangta Bua Yannasampanno, is in a remote part of Kanchanaburi province and claims that wild tigers have sought sanctuary in its compound and reproduced at the site.

However, critics of the “Tiger Temple” have accused it of trafficking tigers, with a National Geographic investigation claiming a group of animal traffickers colluded with the Kanchanaburi temple to illegally take unregistered tigers to and from the temple since at least 2004.

And last year, the Department of National Parks, Wildlife and Plant Conservation (DNP) demanded the temple hand over its 147 tigers to authorities because it lacked permits to keep them, reported the Nation.

However, last Tuesday, the DNP agreed to the company’s request for a zoo license, according to Pol. Col. Supitpong Phakjarung, vice-chair of the Wat Pa Luangta Bua Yannasampanno Foundation and managing director of Tiger Temple Company Ltd.

The temple’s original zoo license expired in 2013, and wildlife authorities rejected attempts by the temple to extend it, until now.

“We will construct facilities for the zoo over 25 rai [four hectares] of land. Construction should be completed in six months,”  Pol. Col. Supitpong said

Tiger Temple gets the go ahead to build zoo.