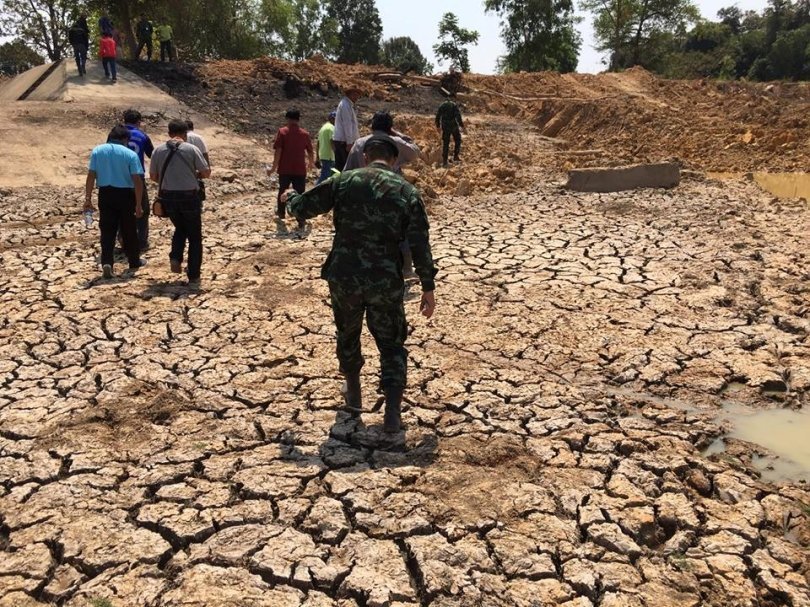 MOST people are concerned about a shortage of water as a result of the severe drought across the country, but have not helped save water, a new survey has found.

A rice farmer in Suphan Buri province burns dried rice stubble in preparation for the next crop season. Water has been rationed among farmers and gardeners in irrigated areas in the Central Plains for farming, and among municipal-area residents for tap-water production.

Some 63 per cent of respondents said they were worried about the impact of the drought on their everyday life.

However, 54 per cent admitted they still used water in the same manner they always did, according to results of the survey by Bangkok University’s Bangkok Poll.

The survey was conducted on 1,263 people in all regions of the country.

Some 58 per cent of respondents said they agreed with the government’s measures to manage the consumption of water, while 56 per cent said they would ration water if necessary and 44 per cent would not.

Sixty per cent expect the situation will result in a “rather small impact” on their life while 40 per cent foresee “much impact”.

Meanwhile, sand is showing at parts of Takong-connected canals, allowing people to walk across them.

A large number of dead sucker fish – a species known for its hardiness – has been found in the river.

Meanwhile, Prime Minister Prayut Chan-o-cha has asked members of the public, as well as farmers to use water in the most efficient way possible.

Ahead of “World Water Day” on Tuesday, Prayut said conserving water was a global challenge, as everyone has to work together to prevent threats to natural water resources, that could limit supplies.

He urged all people to conserve water and use it more efficiently, saying farmers should postpone off-season cultivation entirely, and switch to drought-tolerant crops.