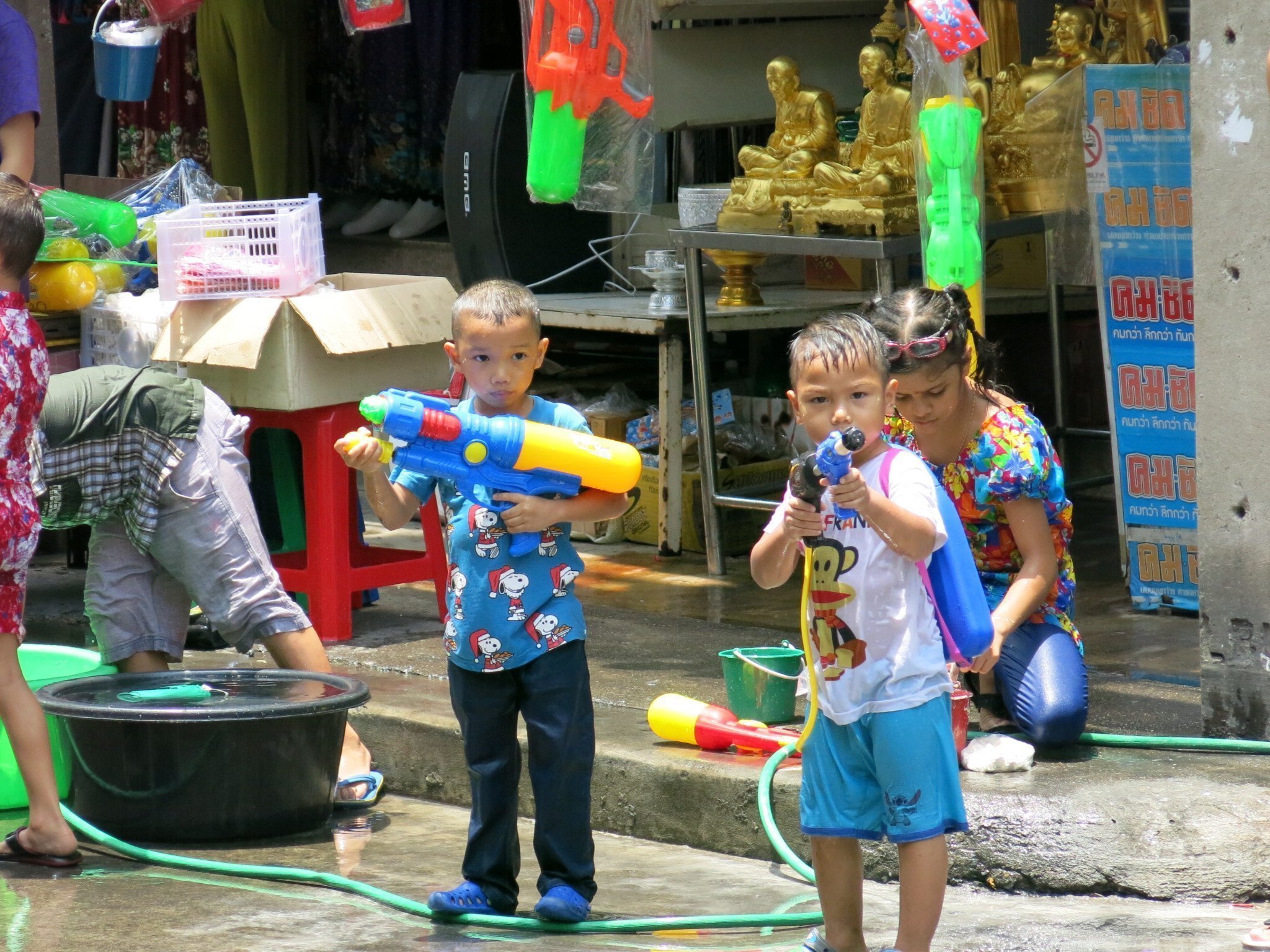 Forget the drought, Thailand’s national water fight is on

BANGKOK (AP) — Drought? What drought? Bring out the water guns! Thailand’s national water fight is on

Thailand may be going through its driest period in 20 years, but the country’s military government wants visitors from around the globe to know that the biggest water fight in the world is still on.

So, get your buckets, hoses and other gear ready for the three-day nationwide street party that begins Wednesday to mark the Thai New Year.

“We can still use water for the new year festival. It’s not that dry,” said government spokesman Sansern Kaewkamnerd. The government has instructed the Tourism Ministry to make sure foreign tourists don’t misunderstand the severity of the drought and cancel holiday plans out of concerns the water supply will be cut off, he said.

After all, there are millions of dollars at stake.

The Tourism Authority of Thailand expects this year’s holiday to generate more than 15 billion baht ($427 million) for the tourism sector and attract half a million visitors in a span of five days.

Songkran, as the festival is known, has the spirit of a soggy Mardi Gras and is a major tourist attraction. Revelers line the streets, or prowl the roads in pickup trucks, armed with water guns and plastic bowls, and douse anyone in sight. Some areas are closed to traffic for wet and wild street parties with loud music, booze and dancing.

Rare controversy has preceded this year’s water fight, with environmentalists and other critics calling for festivities to be curtailed.

“Instead of mindlessly wasting water, New Year revelers should be mindful of the crushing drought,” The Nation newspaper said in an editorial last week calling for “a dry Songkran” to show solidarity with the country’s farmers.

Twenty-seven of Thailand’s 77 provinces have been declared drought zones, with the lowest level of rainfall in more than two decades. Farmers have been ordered to curtail their water use and scale back planting. Tap-water rationing is in effect in some provinces.

And yet Thailand’s military government is playing down the dry spell and says it is powerless to crimp such a popular national holiday.

“As the prime minister has said, Songkran brings happiness to the Thai people, and canceling it would be too difficult,” Sansern said.

A ban would also be hugely unpopular both with Thais and tourists.

In past promotions, the tourism authority has played up the party scene, urging tourists “to get wet and wild” and “be part of the largest street water fight the world has to offer.” In 2011, the tourism authority used the holiday to organize a Guinness World Record attempt for the world’s largest water pistol fight, drawing more than 3,400 people to a 10-minute shootout in central Bangkok.

The prime minister, a former general who has dictatorial powers after toppling a civilian government in 2014, has bristled at the notion of canceling Songkran.

“I will not ban water throwing, that’s impossible,” Prayuth Chan-ocha, the prime minister, said in response to a proposal for government controls on holiday water use. He added dismissively, “Parents should teach their children to use less water and not splash it around for three days and three nights.”

Prayuth is calling for strict measures this year during the festivities, but not related to water rationing. The junta is putting a damper on dancing and indecent attire, saying specifically that women and transgenders who show too much skin will face arrest.

“I have told officials, police and soldiers that there should be no women — or transgender women — dressed provocatively or dancing on the backs of trucks,” Prayuth said. “If they do, they will be arrested.”

Environmentalists say the government should get its priorities straight. Thailand’s national water fight is on

“The government should tell people the truth, that the drought is bad. They should not try to cover up the truth,” said Smith Thammasaroj, chairman of the Foundation of National Disaster Warning Council. “If people keep thinking we have enough water, it could badly hurt agriculture and farmers.”

Some cities, including Bangkok, have taken it upon themselves to dilute this year’s festivities.

Thailand’s national water fight is on