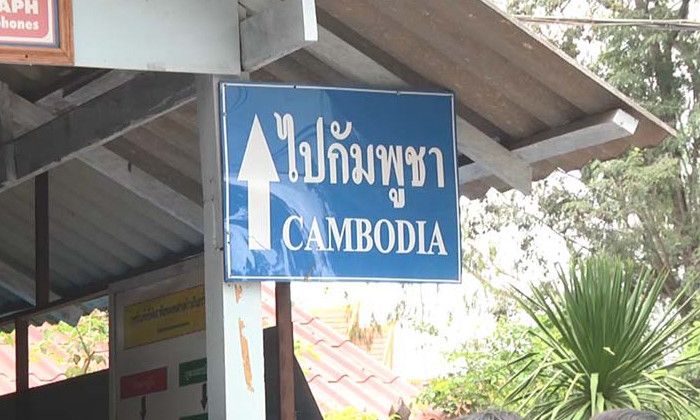 Thailand Surin officers let people in and out THB 50

Easy In, Easy Out: Surin border officers let people in and out of Cambodia for THB 50 and no passport!

Thailand Surin. Ever itching to cross over to Cambodia for an afternoon of gambling but don’t want to wait on annoying immigration lines? Dying to check out Angkor Wat but you’re on a tourist visa and don’t want to lose your entry? Maybe you need to leave but you spilled hand sanitizer on your passport and don’t want to spend a week in Thai jail?

Whatever your reasons for needing to cross into Cambodia with no fuss and no paperwork, the Surin border officers would love to help.

Apparently, these dudes have set up a little side business for themselves that they’ve dubbed the “Fast Track” lane. If you join this mysterious queue, conveniently set up just to the left of the legitimate, massive queue, you can cross into Cambodia without a passport and for only THB50!

Reporters from Workpoint heard about this border scam and went up to see if it was true. It was. They crossed over quickly and easily for just USD1.50. They showed no documentation of any kind and no receipt was offered.

The Thai report said every person who queued in the “Fast Track” line obviously had their THB50 ready in their hands. When the Workpoint reporters went in, they said they didn’t have a passport, and the officials casually informed them of the rule — to pay THB50.

When border officials were later questioned about their friendly little “Fast Track,” they wouldn’t say a word but referred the reporters to the head office of Surin immigration. The reporters were not given a comment or interview there either.

The “Fast Track” was at the Kab Cherng checkpoint that let people into and out of Cambodia.

Not only were Thais and foreigners being let over the border for various purposes without documentation, but Cambodians were also being allowed to enter Thailand to work illegally for THB50.