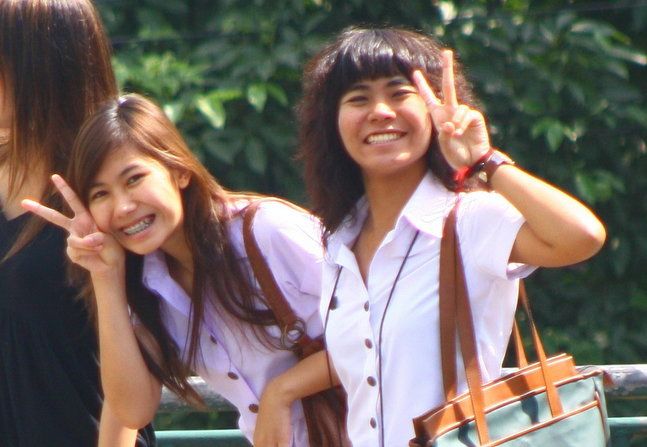 Land of Smiles according to Bloomberg.

We’re not sure if Thailand is Thailand Really is the Land of Smiles say Bloomberg, but it has just been named the ‘least miserable’ of 74 surveyed countries, according to this year’s Bloomberg Misery Index.

The Misery Index, which was released yesterday, tracks how miserable countries are by adding their inflation rate to their unemployment rate. Supposedly, this produces a numerical percentage that tells how unhappy a population is. Thailand ranks lowest, or least miserable, with a score of just 1.11 percent, lower than each of the other 73 countries surveyed.

Singapore, the former ‘least miserable’ country, is now the runner-ups at 1.40 percent. Japan comes next at 2.70 percent.

Surprisingly, the two powerful countries didn’t rank so well. The U.K. is in the 17th spot and the U.S. is number 21.

At the other end of the scale are places like Venezuela, whose lost oil income, scarce food and medicine and high inflation (181 percent!) make it the ‘most miserable’ place on Earth. It’s preceded by Bosnia and South Africa.

Thailand’s jobless rate is hovering right around one percent, while its consumer price index has risen less than half of one percent. These numbers sound terrific, but Bloomberg points out that this isn’t all great news for Thailand. Slow inflation can also be a sign of an unhealthy economy.

Though it feels great to buy things for less, the indication of low prices is that there are more goods available than people that want to buy them.

This is all well and good but, honestly, we’d rather rank highly on a ‘most happy’ scale than on a ‘least miserable’ scale.

Thailand Really is the Land of Smiles