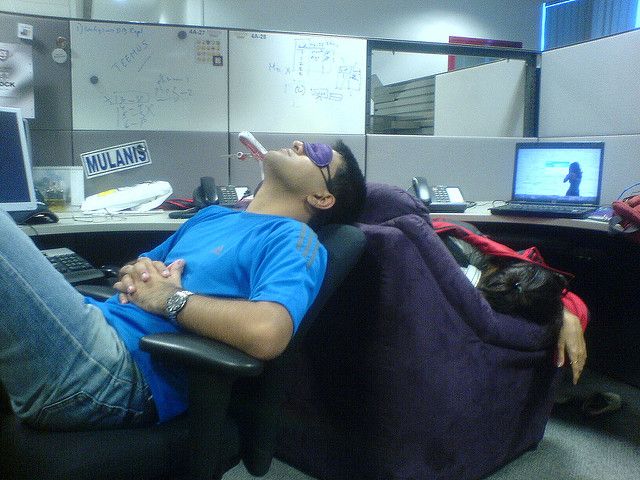 According to a survey about healthy living in Asia-Pacific by AIA insurance group, Thais sleep the fewest hours and spend the most non-work related time online.

The survey collected lifestyle answers from 10,000 adults in 15 countries, including 750 Thais. Thai respondents answered that they slept an average of 6.3 hours per day, but that they wished they were getting an average of 7.7 hours daily.

The number of hours slept daily by Thai people was lowest in the 15 countries — but Malaysians and South Koreans reported that they get the same average amount of 6.3 hours.

The survey also returned the data that Thais spent the most time online doing non-work related browsing — five hours a day. This was the highest number in the region.

AIA made the prediction that, based on their survey, internet addiction will likely increase instead of decrease.

The company also expressed concern about Thai children since the parents surveyed said that their children do not get enough sleep or exercise.