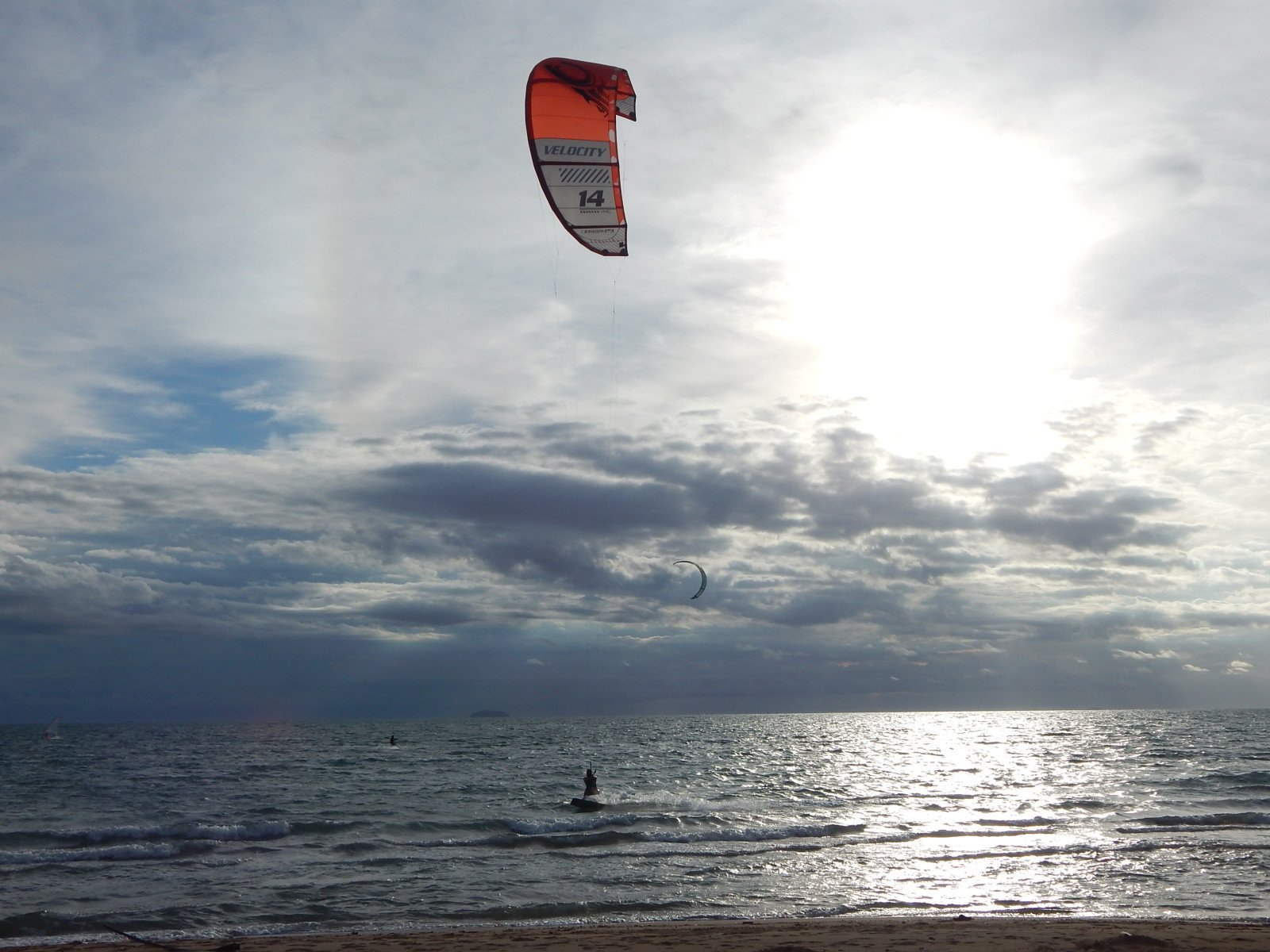 The name Pattaya evolved from the march of Phraya Tak (later King Taksin) and his army from Ayutthaya to Chanthaburi, which took place before the fall of the former capital to Burmese invaders in 1767.

When his army arrived in the vicinity of what is now Pattaya, Phraya Tak encountered the troops of a local leader named Nai Klom, who tried to intercept him. When the two met face to face, Nai Klom was impressed by Phraya Tak’s dignified manner and his army’s strict discipline. He surrendered without a fight and joined his forces. The place the armies confronted each other was thereafter known as “Thap Phraya”, which means the “army of the Phraya”. This later became Pattaya, the name of the wind blowing from the southwest to the northeast at the beginning of the rainy season.

Pattaya was a small fishing village until the 1960s. Then, during the Vietnam War, American servicemen stationed at nearby U-Tapao or other US bases in Thailand began visiting Pattaya. One story, unverified by a reliable source, has it that it all started when a group of 500 American soldiers stationed at the military base in Korat were driven to Pattaya on 29 June 1959 for a week of rest and relaxation (R&R). They rented several houses at the south end of the beach from a prominent Thai, Lord Sunthorn. Despite their short stay, the GIs had a great time and raved about the place. The word spread among other American soldiers stationed in the region and Pattaya quickly became a hot alternative to Bangkok. Pattaya developed into a popular beach resort. Now greatly expanded, it attracts over 4 million visitors a year. Fishers’ huts along the beach were replaced by resort hotels and retail stores, including Asia’s largest beachfront shopping mall, the Central Festival Pattaya Beach Mall and hotel (Hilton) on Beach Rd in central Pattaya. Today Pattaya is making efforts to clean up its image to become a family-oriented seaside destination.

With the general height limit of Parasailing in Australia set at 100 metres, the height of 150 – 200 metres in Thailand makes it very exciting but also a little more dangerous.

Many parasailing companies have now been forced to setup offshore pontoon structures to take-off from. This was due to the increasing amount of accidents near the shoreline. Each ride usually includes a quick rise into the air, slow drop into the water for a quick dunk, then another rise up, then the landing. Take care when you take off and keep your legs up until you clear of the pontoon.