Thailand Mobile Phones. I’m placing the blame of smart phones squarely on the shoulders of Bates County, Missoura. Why? Because one of the earliest descriptions of a mobile phone is in the 1948 science fiction novel ‘Space Cadet’ by Robert Heinlein who was from Butler.

It’s been downhill from there. People no longer look around. They’re on their phones. Could people once walk without a phone in their hands? Apparently not. Bangkok has special lanes for people to walk in while on their phones. Doesn’t work. They walk like zombies. What did people do when they went to the bathroom before smart phones? We live in a world that is impossible to imagine without the latest App. Phones are now part of our daily life.

It drives me crazy here in Thailand. Here look at this pic I just took of you two seconds ago. Yes, I love you, didn’t you see my text? Let me Google it. Oh, that is what you had for lunch. We have to back to the house because you forgot your phone? A red light in heavy traffic is a perfect time to play on the phone. Text, talk and turning the steering wheel at the same time is also fine. What does that emoji mean?

Phones are an inanimate object, they cannot be smart. People can be.

Hey, have you seen my phone?

Thai university students are never far away from the phone. 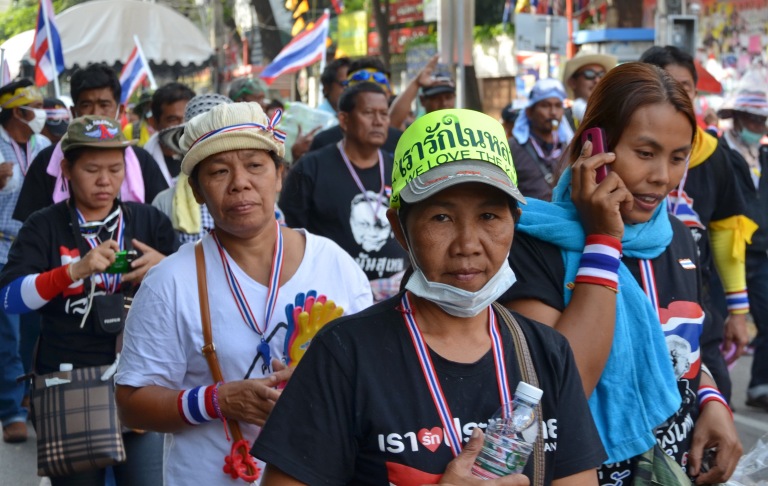 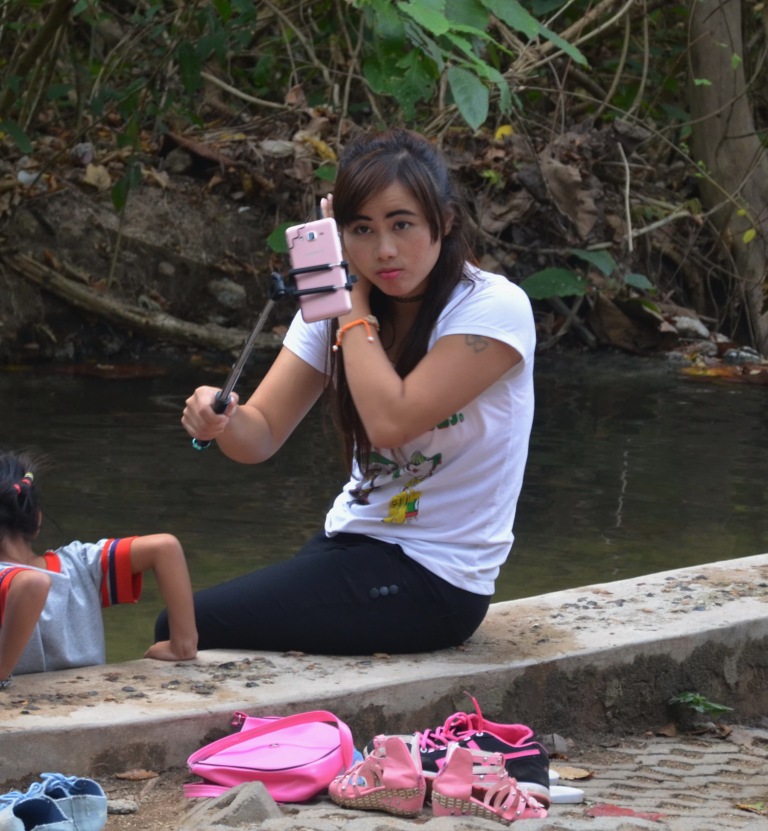 The phones do not work in the cave. 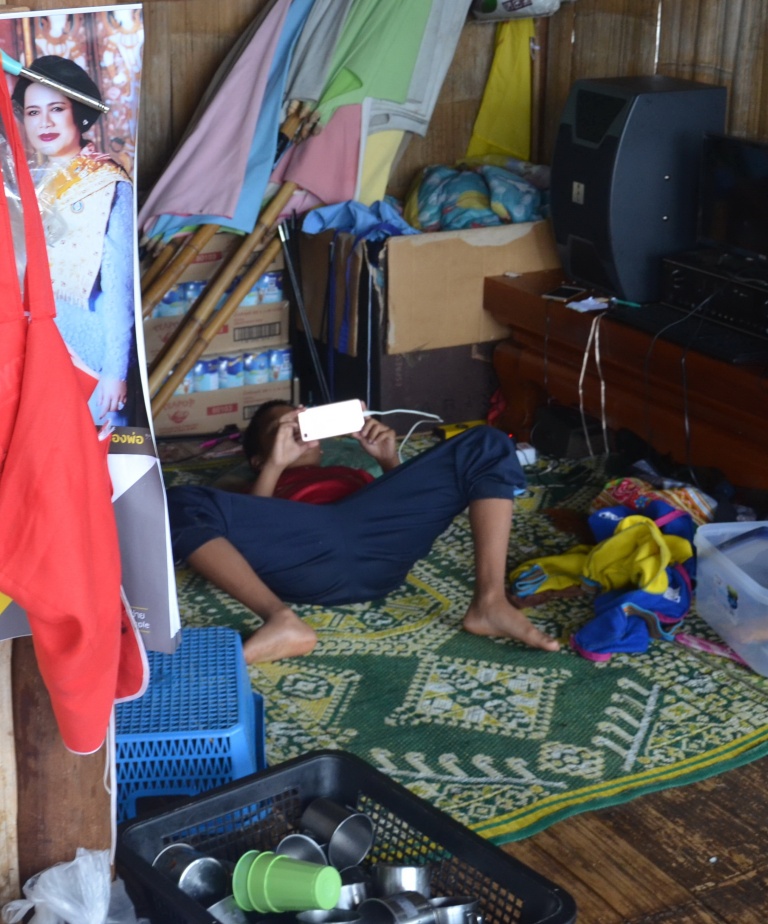 Phone in an order.

Early Morning at a Wat in Northern Thailand.