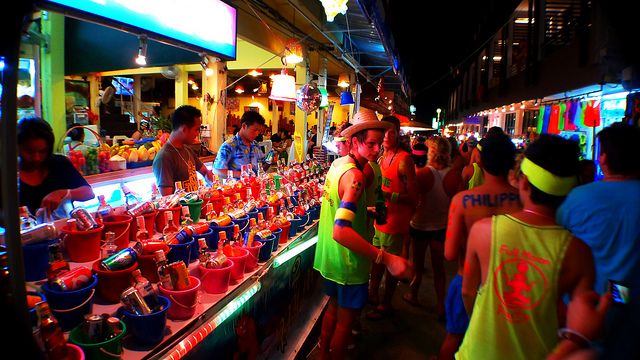 Thailand Koh Phangan. If everything goes according to plan (which it probably won’t), the Koh Phangan airport could be open by the end of 2017, after being pushed back from a 2014 projected opening.

The airport has been in some stage of construction for several years. But no buildings have yet been built. The 200 rai of land was purchased for THB500 million and some land grading has already been done.

Kannithi Aviation, which runs the project and operates carrier Kan Air, is trying to get loans from foreign companies to finish the project, according toBangkok Post.

They are seeking THB1.5 billion to finish the airport. That money will be spent on finishing the grading, building a facility that can process 1,000 passengers daily, and a 1,095-meter runway.

The project was originally estimated to cost THB900 million but countless added costs, delays and complications will make the final cost closer to THB2 billion.

Once open for business, the airport will be used by many commercial airlines. The project was proposed as a way to make travel to Koh Phangan, Thailand’s fifth-largest island, easier for vacationers, especially those coming from abroad for the full moon party.