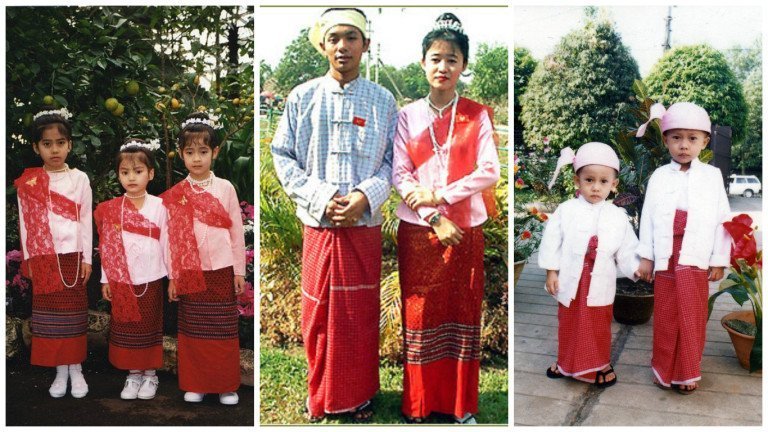 The Mon People are an ancient people who moulded South East Asia, but much of their own traditions are largely unknown

Early History of the Mon People

The Mon people, (Thai: มอญ) also spelled Mun, Burmese: Talaing, are one of the oldest civilizations in South-East Asia. With a sketchy recorded history dating back more than a millennium, they were once a very powerful political and cultural group. So much so, they are believed to be a major source of influence, for the present cultures of Myanmar, Thailand and in part Laos, particularly regarding the spread of the Buddhist religion. The current royal family of Thailand is of Mon ancestry. (Source: Wiki)

It is believed the Mon migrated southward from western China, or north east India as early as 2000 BCE, it was at this time in history that both India and China began to establish trading contacts throughout the wider region; over successive centuries, as the Mon-Khmer peoples began to develop their own political institutions, Indian ideas and practices regarding kingship, law, religion, art, architecture, literature, language and writing were progressively assimilated firstly by the Mon people.

The Mon settled first into Upper Burma, making them what most historians would class as the original inhabitants of Burma. They were subsequently pushed further South, by the Tibet Burma races who also moved South down the Irrawaddy Valley, finally settling in Pegu (in 825; now spelt Bago) and Thaton, both on the Gulf of Martaban of what is now Southern Myanmar.

The Early Mon in Thailand

By the 3rd century CE, the Mon had established a major city-state at Nakhon Pathom, west of Bangkok, from which they gradually built a large mandala known as Dvaravati (6th-11th centuries), this loosely termed Kingdom once stretched from southern Burma across what is now central Thailand and the Chao Phraya River basin. In 769 Dvaravati extended its power northwards to the present-day northern Thai city of Lamphun near Chiang Mai, (Ping Valley) where it founded the kingdom of Haripunjaya.

Both Kingdoms had ties with the ancient Cambodian kingdom of Funan and with China and were also strongly influenced by Khmer civilization; both Mon Kingdoms would eventually fall to the Khmer Kingdom.

The proliferation of ancient Buddhist sites marked by Dvaravati-style, bai sema (temple boundary stones), found along the middle reaches of the Mekong River, in what is now central Laos, suggests that during this very same period the Mon also extended their sphere of influence, eastwards from Haripunjaya through what is modern day Lao.

The Mon and Buddhism

It is believed that the Mon became Theravada Buddhists in the 5th century, possibly from their centuries of trading with Ceylon and South India, (and especially during the reign of the Indian Buddhist King Ashoka), through the Mon port city of Thaton or and in part from their earlier origins. As devout Buddhists, the Mon follow their own ceremonial calendar of Theravada festivals.

It is fair to say the Mon are more superstitious than Thai people, its Monks do not simply act as Buddhist devotees, but act as astrologers and advise on the supernatural. For the Mon, their acceptance of Spirit beliefs is important in everyday life and sits hand in hand with their Buddhist beliefs.

The Mon people were among the first groups of people in Southeast Asia, to develop a written language in what was thought to be an adaption from Indian Pali. The Mon script was later adopted by the Lanna Kingdom, in the late 13th century AD when it took control of the Mon Kingdom of Dvaravati, and later by Lao speaking groups in Northeastern Thailand. The later called their scripts ‘Tham [Pâli: Dhamma] script’ because they were used to record religious writings. The Mon script also influenced the formation of the Thai ‘Sukhothai’ script along with the Khmer script.

Due to their early presence in what are now Thailand’s Northern provinces the Mon language is used by a number of theHill Tribes and other peoples of Cambodia and Laos.

It is reported that there are still 120,000 Mon people living in Thailand of which approx. half are believed to still speak theMon language, and share a common origin with the Nyah Kur people of Thailand, (known in Thai as ชาวบน, or Chao Bon), who are believed to be the descendants of the Mon of Dvaravati, who did not flee westward or assimilate when their empire fell under the influence of the Khmer.

Possibly the biggest collection of Mon speaking people, can be found in Thailand’s most (Central) western province of Kanchanaburi, (the province is best known for the Bridge over the River Kwai and the Death Railway), and the sleepy Thai border district of Sangkhla Buri.

The other side of the Myanmar border is home to the Mon State. It is here in the village of Wang Kha, best known for The Uttamanusorn Bridge or “Saphan Mon”, Thailand’s longest wooden bridge and the second longest bridge of its kind in the world.

Measuring over 400 meters, the handmade footbridge looks as if it was constructed in a bygone age, but in reality it was only built by the local Mon People in the 1980’s, to both span the Song Kalia river and to honour the local Abbot Luang Por Uttama, who provided them sanctuary as they fled the fighting in Myanmar and when they lost their homes, in the old town of Sangkhlaburi, as it disappeared in 1984, consumed by the waters of the Khao Laem Dam.

The bridge is officially named the Uttamanusorn Bridge in honour of the abbot. It is also in this district, the Mon celebrate an ancient annual event, to pay homage both lost pilgrims and banish evil and bring luck to those still living. See our postThe Mon Floating Boat Festival

The Mon in Myanmar

In 1947, Mon National Day was created to celebrate the ancient founding of Hanthawady, the last Mon Kingdom, which had its seat in Pegu. The day follows the full moon on the 11th month of the Mon Lunar calendar. In Thailand and the district of  Pak Kret. of Nonthaburi province, Central Thailand, it is celebrated at the same time as Songkran.

The symbol of the Mon people is the hongsa, a mythological water bird that is often illustrated as a swan. The hongsa is the state symbol of Bago Region and Mon State, two historical Mon strongholds. It is commonly known by its Burmese name, hintha

The Mon people also have a unique festival that marks the end of Buddhist Lent and Wan Ok Phansa, that of the three day long Lotus Flower Festival. This colourful and spiritual event, has a long tradition believed to have dated from as early as 1498.

The event involves a water borne parade along the Samrong Canal that runs in front of Wat Bang Phli Yai Nai  (The home of the ‘Luang Pho Toh’ Buddha, recognized as one of the most revered Buddha images in Thailand). It is here that the people from the banks of the canal, throw Bua or lotus flowers onto the craft containing a replica of the famous Buddha, creating a deep carpet of  flowers on both the boat and the surrounding water..

The custom is to hold lotuses up to ones forehead while making a wish or prayer. It’s believed that if your lotus lands on Luang Phor Toh’s lap, your wish will come true. Any direct hit means good luck will find you. Those revelers wanting to ensure their their own good fortune will fill up their own boats with thousands of lotuses and chase Luang Phor Toh down the canal, flinging as they go.

For this once most noble of people, the centuries have not been kind and from their earliest days, the Mon people have been harassed, out of the lands they first made home and have suffered brutally under the later arriving Burmese people. Much of the Mon’s written records have been destroyed, through conflict and yet they were the first in Asia to blend Indian and their own culture, in a hybrid that is still used by many of the countries that persecuted, invaded them, or took them in as refugees.

For more of our posts on the Mon

Songran and the Mon New Year