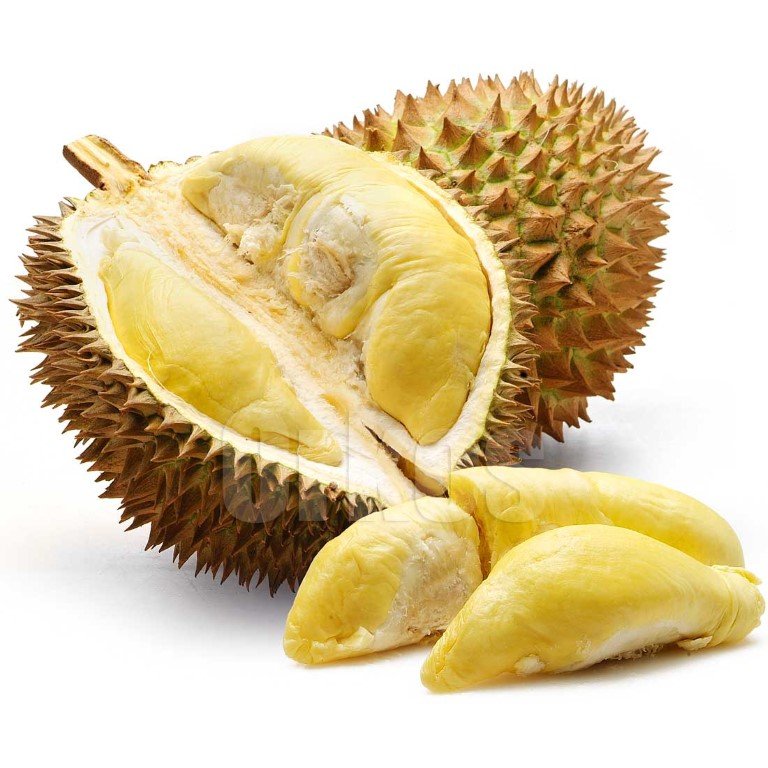 Thailand Fruits. A huge variety of fresh fruits and vegetables are available throughout the year in Thailand due to the ideal climate and soil conditions perfect for cultivation. There are indeed and, unmistakably many kinds of unfamiliar, brilliantly coloured as well as some bizarre-shaped exotic fruits for the adventurous traveller.

Wherever you may wander around the often crowded streets of Thailand, you will most surely come across fruit sellers with their glass-fronted carts with peeled pieces of fresh seasonal fruit stacked around blocks of ice. Most of the fruit the vendors sell are familiar to the average tourist with watermelon and pineapple being the chief choices.

Not only are these fruits nutritious, but they make excellent snacks while providing you with some cool comfort from the heat on the street. Simply stop and choose a selection of your favourite fruits and the seller will pop them in a cellophane bag for you along with a toothpick.

Better known tropical fruits grown in Thailand are unmistakable to many of us. They include Papaya, Watermelon, Mango and Pineapple. There are some lesser known varieties too. Orchids and fruit farms around the country produce a host of exotic fruits that are unfamiliar to many new visitors. Included are the much prized Durian, the melt-in-the-mouth Mangosteen, the grapefruit-like Pomelo, the tangy Jack-Fruit, the hairy Rambutan and the bizarre looking Dragon-Fruit.

The Dragon Fruit is a rather bizarre, but beautiful and brightly coloured cactus type fruit widely cultivated in Thailand and other parts of Southeast Asia as well as Central and South America. There are pink ones that have sweet and crunchy white flesh smothered in black seeds and covered with pointy green-tipped scales and yellow ones that are smaller in size and look more like prickly pears. This fruit is best eaten chilled with perhaps a sprinkling of lemon juice.

Banana (kluai), there are 3 main species: 1. The fragrant banana (kluai hom), most palatable and most commonly eaten by foreigners; 2. The namwa banana (kluai namwa), either eaten raw as fruit or cooked in many different ways and eaten as a snack; and 3. The egg banana (kluai khai), small in size with a thin skin, a specialty of Kamphaeng Phet Province. Season: All year round.

Coconut (ma-phrao) Only the young ones are eaten as fruit. Scoop out the tender meat with a spoon and drink the refreshing milk with a tube. Season: All year round.

Custard Apple (noi-na) Transplanted from Central America long ago. Easily broken with a squeeze. Eat the soft, white meat with the help of a spoon and leave out the seeds. Season: June to August

Durian (thu-rian) A very special fruit. Reputed to be the king of all fruits, its strong smell sometimes turns people away before they have a chance to taste it. However, if one can overcome one’s initial dislike of its foul smell and give it a try, one is likely to love its rich, unique flavour.
Among the various species, the golden pillow(monthong) is most agreeable to the beginner.Other famous varieties include the long-stemmed (kanyao) and the gibbon (cha-ni). Season: May to June.

Guava (farang) The Thai name means a White or a Westerner. The fruit derived its name because it originated from tropical America. It has become a popular fruit only after the new Vietnamese species was widely planted more than a decade ago. Eat the white, crisp flesh either alone or with the condiment provided free by the vendor. Don’t eat the core, which would cause constipation. Season: All year round.

Jackfruit (khanun) Somewhat like a durian but even bigger, it takes an expert to open it with a sharp knife. But people usually don’t buy a whole fruit. The vendor will open it and take the yellowish flesh out for retail. Its large seeds are edible after being boiled, and are nutritious too. Season: Almost all year round.

Longan (lamyai) Brought into this country by Chinese immigrants hundreds of years ago, it was first planted in Bangkok and then in the North. It is in the North that the fruit has flourished and become one of Thailand’s largest export fruits. The most famous species is the pink longan produced in Chiang Mai. Its flesh is pinkish and thick and delightfully sweet. Season: May to July.

Lychee or Litchi (linchi) Also transplanted from South China, but much later than the longan. Now, it is widely grown in Chiang Mai and other northern provinces and is just as good in quality as the fruit produced in China. Its slight tartness gives its sweet pulp a unique taste. Season: April to May.

Mango (ma-muang) Like the persimmon, the mango can be eaten both ripe and unripe. Some varieties are best eaten ripe and some others, unripe. The former includes namdokmai andokrong, and the later, the khiao-sa-woei andnangseam. The Thais are fond of eating ripe mangoes with sticky rice and coconut cream. It is sold everywhere when the fruit is in season. You should give it a try. Season: March to May.

Pineapple (saparot) Sweet, succulent and rich in vitamin C. Add a little salt to enrich the flavour. Largest plantations are in Prachuap Khiri Khan and Phuket in the South, Chon Buri and Rayong along the eastern coast, Prachinburi near Cambodia, and Lampang in the North. Most of the fruits are canned and exported. This serves to prove the excellent quality of the pineapples produced in this country. Season: All year round.

Rambutan (ngo) In bright red with yellowish or greenish hair, the rambutan is beautiful in appearance. Its white flesh is firm, sweet, and juicy. The most widely grown species are the pink rambutan, the school rambutan and the che-mong. If you find that the meat does not come off the seed readily, you may use a knife to help. Season: May to June.