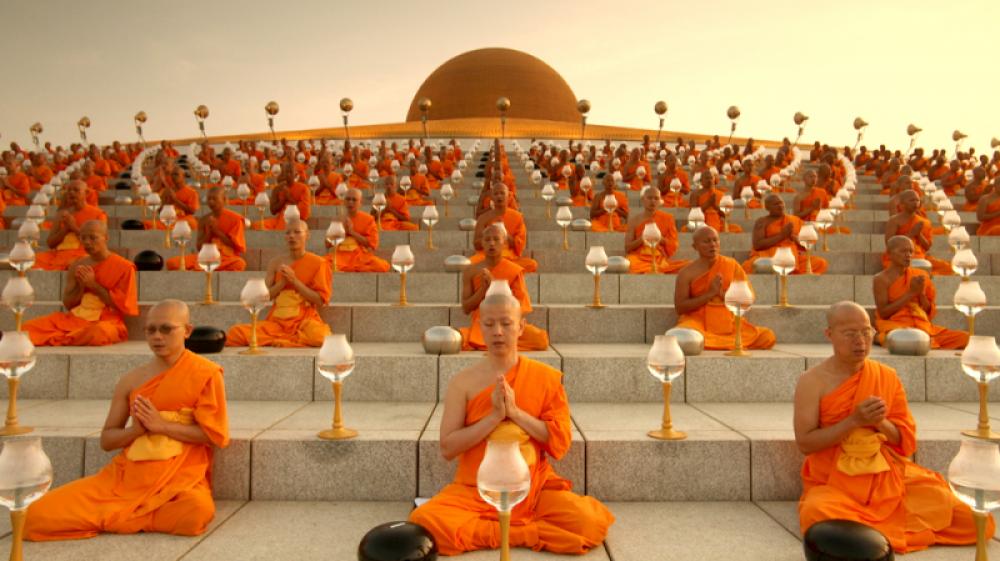 Magha Puja is a public holiday in Thailand and Laos, and is an occasion when Buddhists tend to go to the temple to perform merit-making activities.

The celebration of Makha BuchaThailand?

In the morning Thai people wake up early to give alms to monks at the temples or to the wandering monks who pass by their homes.

In the evening each temple holds a candlelight procession called a wian thian (wian meaning to circle around; thian meaning candle). The monks and congregation members hold flowers, incense and a lighted candle, while walking clockwise three times around the phra ubosot (ordination hall), once for each of the Three Jewels: the Buddha, the Dharma, and the Sangha.

Going to temples for special observances and joining other Buddhist activities. (Known as tham bun)

Keeping the Five Precepts. (The Practice of Renunciation), Observe the Eight Precepts, (the Practice of Meditation and Mental Discipline), staying in the temple, and wearing white robes, for a number of days. (Known as rap sin)

Magha Puja day marks the four auspicious occasions, which happened nine months after the Enlightenment of the Lord Buddha at Veluvana Bamboo Grove, near Rajagaha in Northern India. On that occasion, four miraculous events coincided;

The Buddha gave an important teaching to the assembled monks on that day about 2,600 years ago called the ‘Ovadapatimokkha’ which laid down the principles by which the monks should spread the Buddhist teachings. In Thailand, this teaching has been dubbed the ‘Heart of Buddhism’.