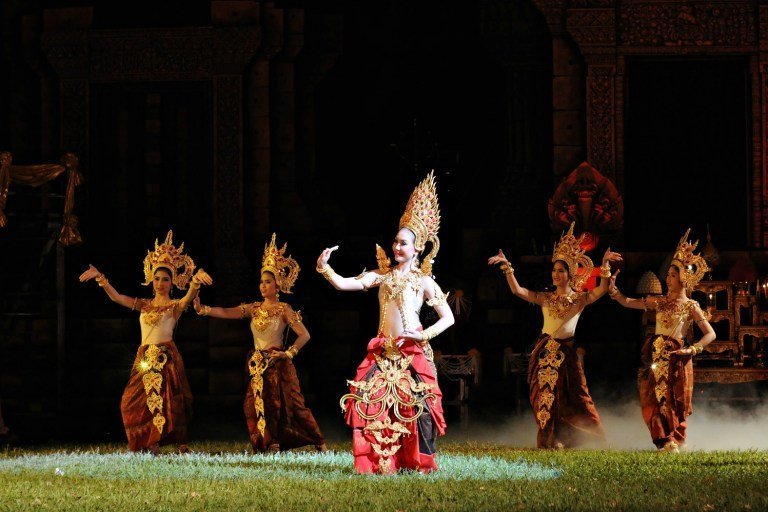 Thailand festivals Flower. This is the time for this Northeast Province to shine and tell its long and colourful history in dance and music

This wonderful annual event (also simply known as the Dok Lamduan Festival งานเทศกาลดอกลำดวน), is two festivals for the price of one, containing cultural performances by four local ethnic groups, surrounded by a forest of lumduan trees in full bloom, (White Cheesewood). These intriguing cream-coloured and fragrant flowers are only found in this one province in Thailand and only bloom in March. The provincial flower and tree of the province is the White Cheesewood (Melodorum fruticosum). The six leaves of the flower symbolise the six original districts of the province: Khukhan, Kantharalak, Uthumphon Phisai, Kanthararom, Rasi Salai, and Khun Han.

The cultural performances depict the culture and way of life of the local ethnic Lao, Khmer, Kui or Suay, and Yoe (pronounced Yer), tribal peoples in reenactments of Sisaket’s history. The evening brings the mystery of the ancient local people to life, as dancers perform traditional dances such as the ancient  Khmer, Apsara Dance, accompanied by a beautiful light and sound show.

There is also a photo exhibition, drawings by local artists, a drawing contest and a great variety of engaging live demonstrations, and sales of local village products. Plus this is your chance to try true Isaan food such as som tam (papaya salad), kai yang (grilled chicken) and khaoniaow (sticky rice) plus a host of other local delicacies served in the food plaza.