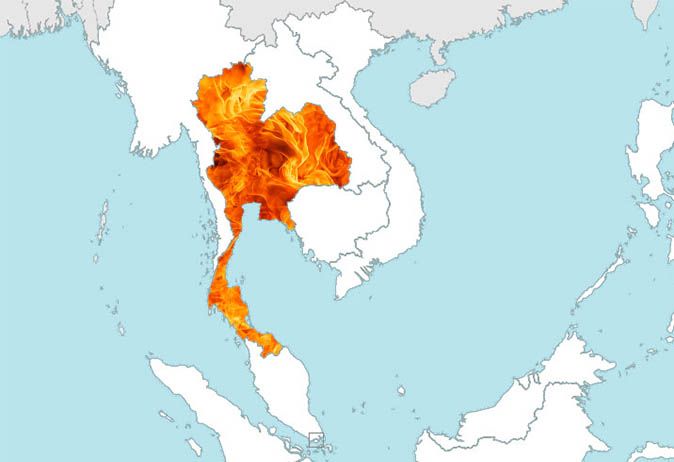 The average temperature has risen above 40 degrees Celsius in many regions in April, with the mercury spiking one day to a near record breaking 44.3 degrees Celsius.

The hottest day ever recorded in Thailand was 44.4 degrees Celsius on April 27, 1960, in the northern province of Uttaradit.

According to the Thai Meteorological Department, the average temperature nationwide has surpassed alert levels and the heatwave is expected to continue,

“Do not let young children out of your sight for even a brief moment,” the statement said, noting that an average of 90 children die every month in Thailand from drowning but about 135 have died in April, reported AP.

Animals at the Dusit Zoo are also suffering, forcing staff to feed some of them popsicles by chopping up oranges, watermelon, pineapple and other fruit, mixing them with fruit juice or water and then freezing it.

“Monkeys and apes at the zoo are getting fruit popsicles,” said Saowaphang Sanannu, head of conservation and research at Bangkok’s main zoo.

“Tigers are getting meat popsicles. We’ll freeze pork legs and chunks of meat to feed them and cool them off at the same time,” Saowaphang said.

“Deer, giraffe and elephants get increased shade and sprinklers to provide rain and decrease the heat on the ground.”