Thailand curbs on foreign tourist drivers. Cars must be registered before entering Thailand. 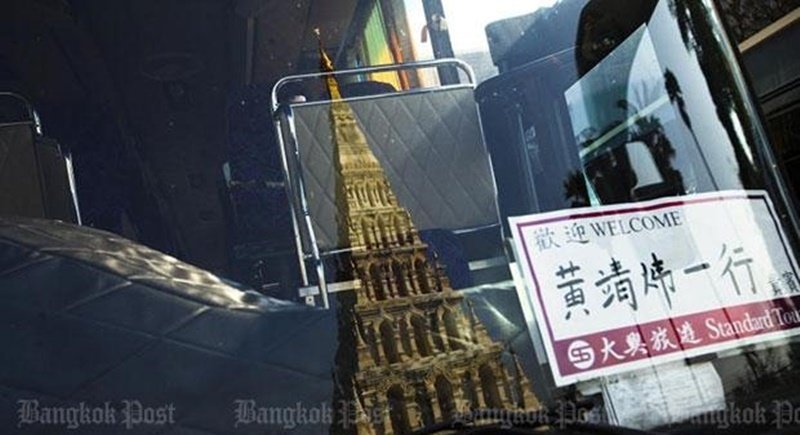 Thailand curbs on foreign tourist drivers. Foreign tourists will be banned from driving motorcycles and motor homes into Thailand as part of measures to control an influx of foreign vehicles onto Thai roads, particularly in the North.

The vehicles present problems in terms of frequent accidents and ecological harm, Land Transport Department chief Sanit Phromwong said yesterday (Mar 14), adding the ban is meant to enforce order and allow only some types of vehicles to travel in certain areas for particular periods of time.

The order will also prohibit people who have not made prior agreements on car usage abroad from driving cars into Thailand from China, Myanmar, Cambodia and Vietnam, according to transport officials.

Many Chinese tourists like to drive their cars into Thailand but that will not happen in the future, Mr Sanit said.

Only vehicles with a total of nine seats and pickup trucks with a maximum weight of 3,500kg will be allowed to travel in Thailand. Motorists also need to seek permission and have their vehicles checked by authorities, he said.

They are required to make requests to drive in Thailand through Thai tourism operators at least 10 days prior to their their trips, Mr Sanit said.

Transport officials overseeing provinces bordering their countries will consider whether to grant them permission cards.

The cards must be displayed inside the vehicles where they can easily be spotted by Thai officials, Mr Sanit said. The cards will cost B500 and there will be a B500 fee. Vehicles will be allowed to travel only in those provinces through which they enter and they will be allowed on Thai roads for 30 days each trip.

The total permitted period cannot exceed 60 days in one year, Mr Sanit added. The controls will be imposed via ministerial regulations.

In its bid to regulate foreign vehicles more strictly, the Land Transport Department is also sharing information about them with other state agencies through a computer network.

This will allow customs officials to keep checks on the vehicles, especially to determine whether the drivers overstay the permitted driving period, Mr Sanit said.

If foreign visitors are found to have broken any law, whether or not they are related to transport, the mistakes will be recorded and sent to transport officials to consider if they should be allowed to re-enter Thailand in the future, he added.

The regulations will not be applied to vehicles from Laos, Malaysia and Singapore with which Thailand has pacts on international car usage.