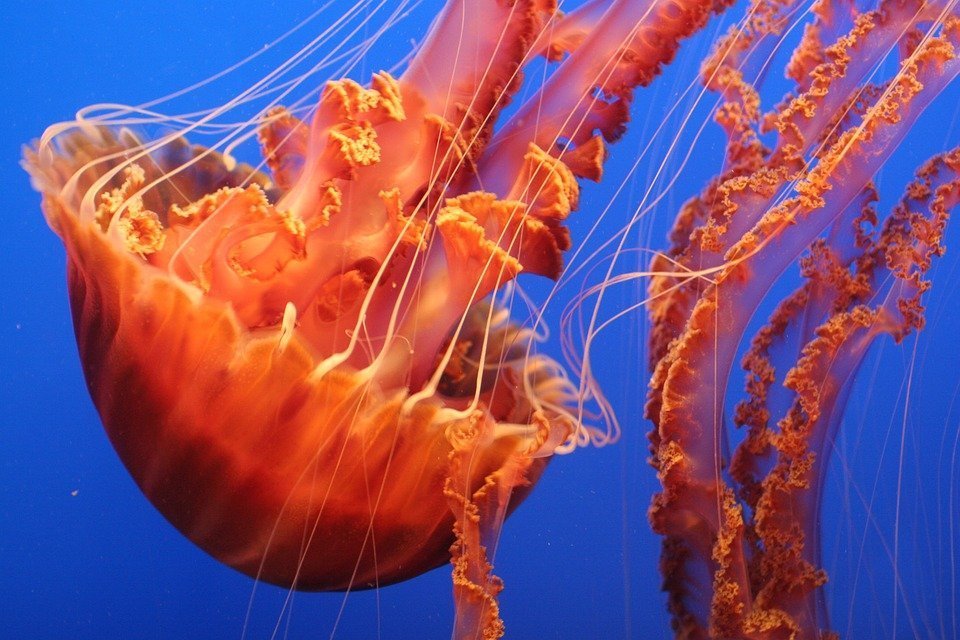 Thailand Beaches the Hidden Dangers. So many people come to Thailand for its wonderful clean and in many cases unspoilt beaches, but like any coast line in the world there can be dangers. The most obvious hazards and dangers when swimming off any beach are usually visible, it might be strong surf, rocks or deep water, but there are also hidden dangers, listed here are those hidden dangers you may find in Thailand

Before venturing into the clear pristine water, you should be aware that most Thai beaches do NOT have lifeguard protection, where they do you will also find beach flags and it is in your self interest to know just what they mean.

While the Kingdom beaches don’t have sharks attacks to worry about, we do have Three other equally lethal things to watch out for; Rip Currents, jet ski’s/speed boats and Box Jellyfish. (Only 4 shark’s attacks have been recorded in the Gulf of Thailand in the last 100 years, and all have been on fisherman.)

A rip current also known as rip tides, is a strong jet of water that quickly flows away from shore. Swimmers who are caught in rip currents can get sucked away from safety at speeds of nearly ten feet per second—far too fast for you to try swimming back to the beach.

These dangerous currents are most common when it’s windy, but hurricanes that are hundreds (if not thousands of miles) away can kick up waves that create dangerous rip currents even when the weather is calm and sunny on your particular beach.

There are several ways you can identify the risk for rip currents before you get in the water.

Signs in the sand

The first, obviously, is to look for beach flags or weather forecasts and when they tell you not to go in the water, because the risk for rip currents is too high, take it onboard. People drown trying to save other people from rip currents, so don’t risk someone else’s life because you’re too stupid or drunk to follow instructions.

What to look for

Where you do not have life guards and beach flags then you have to use your own judgment and a little bit of know how. One of the best visual identifiers of a rip current is to look out for gaps between the waves. The calmer gap between waves may look safer for you to play without worry about waves washing over your head or overtaking little Tommy, but a small patch of calm water in an otherwise choppy sea is often a rip current. One of these gaps is pictured below—the rip current is in between the two red arrows.

If it happens to you

Firstly it is important to know that rip currents don’t pull you under the water; instead, they pull you away from shore very quickly. If you’re ever caught in one, don’t panic. Easy to say when you are being dragged out to sea, but panicking will only use up much needed strength.  Never try to swim against the current, even the best swimmers can’t swim against a rip current—since you can’t fight the power of the water; you have to be smarter than the water.

If you’re a fairly good swimmer and you find yourself getting pulled out to sea, you have to swim parallel to the beach so you can get out of the current. Once you escape the clutches of the outbound water, you can start swimming back towards shore.

If you’re not able to swim out of the current, then it is a matter staying afloat and waiting for the current to let up, they always do, honest, once it does signal for help by waving (not flailing) your arms and calling out, it is then just a matter of staying afloat long enough for help to arrive.

With the ever increasing number of jet ski, speed boats, banana floats and all manner of other water borne mayhem, going on many of Thailand’s most popular beaches, many have now introduced Swimming Zones, which are specific areas cordoned off with buoys or floats that prohibit boats and the like from getting close to bathers, it is never advisable to swim out-side of these areas.

Thailand Beaches the Hidden Dangers. The Box Jelly (aka Sea Wasp or Chironex Fleckeri) are the most toxic creatures on Earth. They and 20 close relatives are found off the shores of Northern Australia, PNG, Malaysia, Indonesia, the Philippines, Vietnam and Thailand. Here in Thailand it is mostly a problem from July – October and mainly around Koh Samui and the infamous Ko Pha-ngan (home to the full moon party).

There are around two thousand species of Jellyfish in the world but less than one hundred are considered dangerous to humans. This marine animal has a boxy bell head the size of a basket ball, 4 parallel brains (one on each corner), and 60 anuses! (says Dan Nilsson, a vision expert from the University of Lund in Sweden). Then there are 5,000 deadly stinging cells on each of its 10- 60, two metre long tentacles.

Marine biologists’ advice is to:

The most important bit about our beaches here in the Kingdom is that the warning flags are not put up to spoil your holiday or to ensure the beach vendors have more people to sell to, nor are the Swimming Zones there to coral you, they are there to warn you or protect you from hazards and by ignoring them you risk not only your life but also others who may choose to try and save you