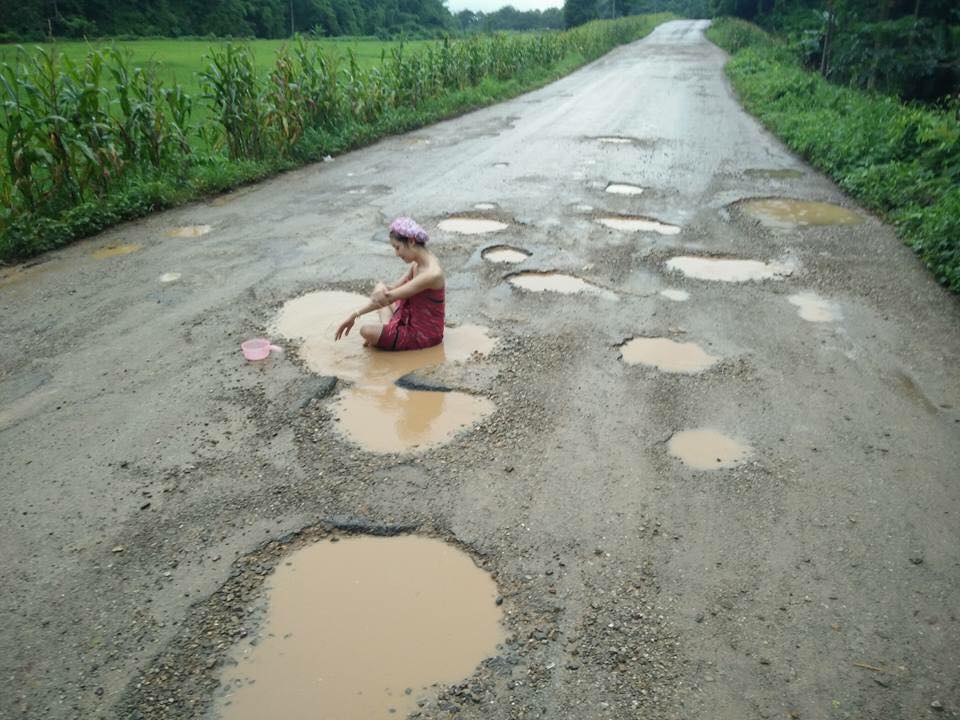 Thai woman. A picture of a woman bathing in a man-sized pothole in the middle of the road in Tak province went viral this week. Apparently, her natural mud bath was for a good cause.

The woman, who Sanook reported to be a 25-year-old model named “Palm,” decided to take a protest bath after having enough of the condition of her hometown’s roads in Mae Ramat district.

Palm, who works in Bangkok, said that she comes home often to visit family and has to drive through these potholes.

At first, she planned on showing the pictures only to her friends as a joke and didn’t plan to release the photos to the public. However, now that they’re out there, Palm hopes that they’ll get the attention of the government agencies that can fix the roads.

According to Palm, there are more than a 100 households in her district that require using this route and it would help them a lot if they were fixed.