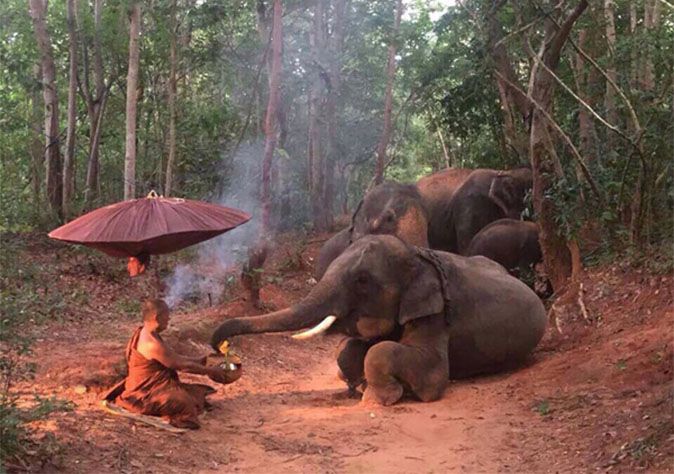 Thai monk. Photos of elephants kneeling and putting their offerings into a monk’s alms bowl went viral this week as the public questioned whether these unbelievable shots are legit. Yesterday, the Thai monk in the photo was identified and he told a story behind the photos.

It turns out the photo set was taken at Pa Ajiang Monastery, in Surin province, where they raised the elephants. Phra Kru Samuharn, who was in the photo, told reporters that the photos are not photoshopped.

The photos show the elephants lining up to make merit as they kneel and put food in the monk’s alms bowl. Phra Kru Samukarn said the four elephants in the photos; named Mongkhol (age 9), Yodrak (15) Kamlai and her baby; can really sit and pay respect to the monk.

“Even the photographer said they were amazed by the elephant’s talents,” the monk told Manager. 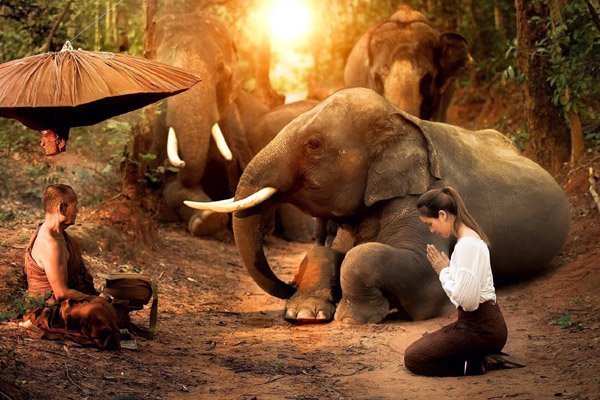 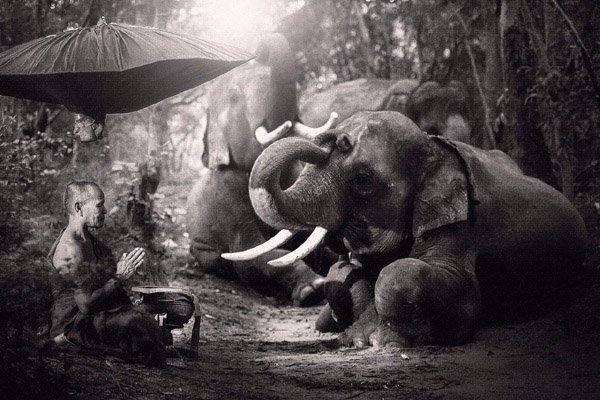