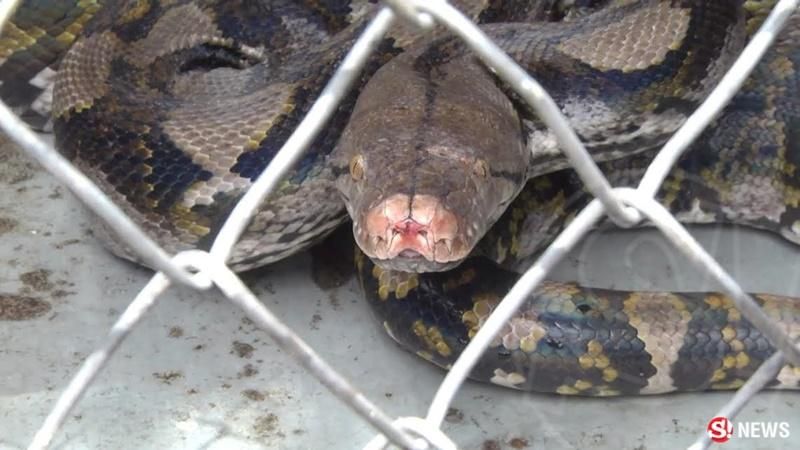 Thai Culture Snakes. When a giant, 5-meter-long python was discovered in Sakon Nakhon yesterday, there was only one possible explanation for villagers — obviously the serpent is related to Phaya Naga, a mythical creature in Buddhist mythology.

The giant snake was discovered at Thawat village in Isaan province. Locals gathered to check out the cool python, which boasts 12 inches of girth. They agreed they’d never seen such a  majestic serpent.

That Dabsipai, 74, who discovered the snake, said that he was going to feed the boars that belong to the villagers. When he got to the stable, where they keep the baby boars, he found this snake lounging in it with the piglets nowhere to be found.

He called other villagers to help catch the snake. 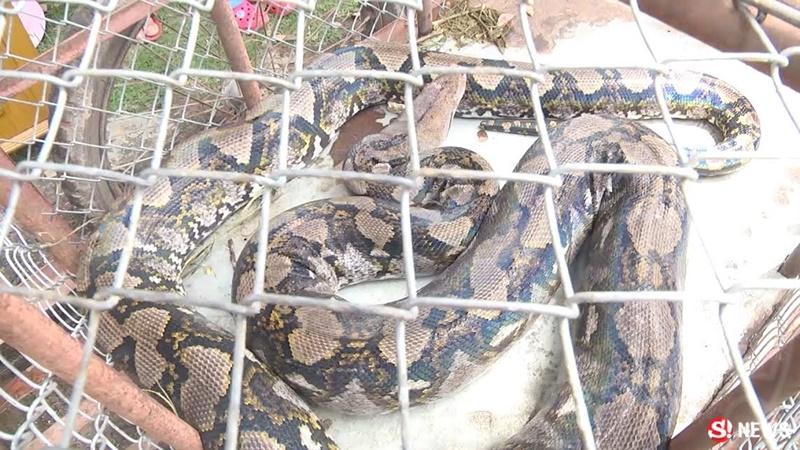 That said that the locals believe that Nong Harn Lake, near their home, is a place where Phaya Naga lives. Phaya Naga, a mythical creature, is a giant snake that is meant to be the physical link between the world and heaven. Like a giant snake-bridge.

And this python? It must be Naga’s minion.

Villagers hope that the snake can be bestowed to a temple. We can’t imagine why a temple would need a giant snake but, okay. That said, the villagers have said that the government can also take the snake if they will put it in a zoo,Sanook reported.

Whatever it is, just be glad this python didn’t come out of their toilets.