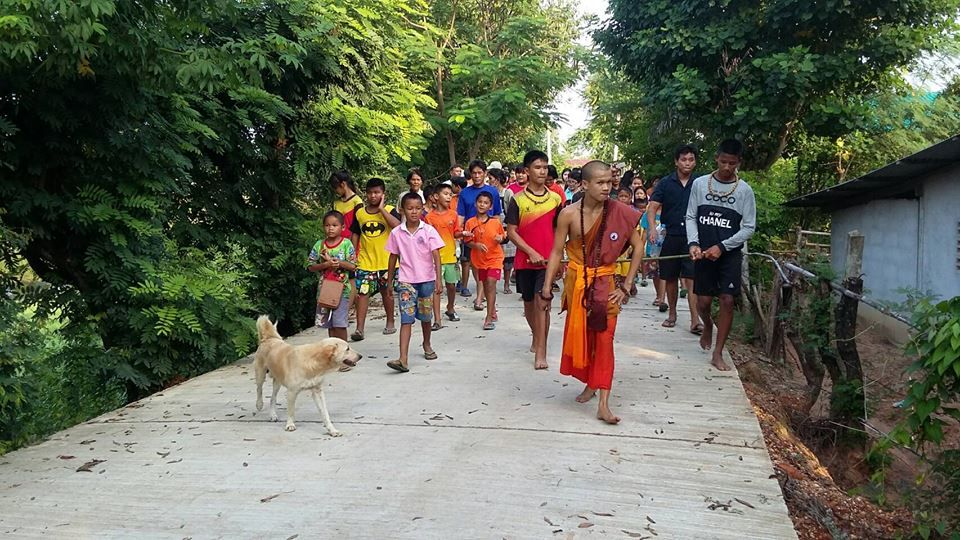 Thai Culture Ghosts. The residents of a remote village in Chaiyaphum province have probably never heard of Halloween, but as the Western celebration approaches and Bangkokians plan their costumes, they claimed to have caught at least 700 ghosts in a spirit-evicting ceremony yesterday.

The residents of Baan Nong Mong village gathered yesterday to give each other support as they invited Phra Kru Opas Sitthwimol, a local monk famous for evicting ghosts, to perform a ceremony in the middle of their village.

The decision was made after the locals reportedly spotted “floating lights,” which they assumed were the floating heads of Krasue ghosts. Not to mention, five people in their village recently died from mysterious causes.

The ceremony was simple and done in accordance with their beliefs. The monk and locals put the evil spirits into bamboo fish traps. When they ran out of fish traps, empty plastic bottles were used instead. After the ghosts were caught, they burned the ghost containers.

The abbot claimed they had gotten rid of over 700 ghosts yesterday — although no camera seemed to capture any ghost.

The abbot claimed he had also gotten an early start the night before at his temple, where he caught three Krasue ghosts, one Krahang, and seven large Pop ghosts.