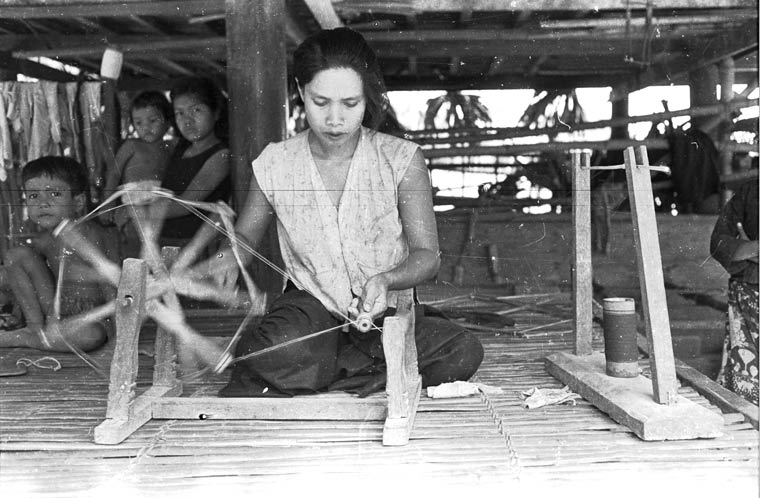 Rural Thailand for those that enjoy the quieter life in. The province is in the valley of the Mun River, a tributary of the Mekong. The Dângrêk mountain chain, which forms the border with Cambodia, is in the south of the province.

Khao Phra Wihan National Park covers an area of 130 km² of the Dângrêk mountains in the southeast of the province. Established on March 20, 1998, it is named after a ruined Khmer Empire temple Prasat Preah Vihear (anglicised in Thailand as Prasat Khao Phra Wihan), now in Cambodia, which had been the issue of boundary dispute. The temple faces north and was built to serve the Sisaket region. Earlier maps had shown it as belonging to Thailand. However, a boundary survey conducted by the French for the Franco-Siamese Treaty of 1907 deviated from the agreed-upon international divide by watershed and placed the temple on the French (Cambodian) side.

The Thai government ignored the deviation and regarded the temple as belonging to Sisaket Province. In the 1950s, newly independent Cambodia protested the Thai “occupation”. In 1962 the Thai government agreed to submit the dispute to theInternational Court of Justice. To their dismay, the court voted 9 to 4 to confirm the 1907 map and awarded the temple to Cambodia. Access is principally from the Thai side, as the site is difficult to reach from the Cambodian plains far below. The Cambodian government has expressed interest in building a cable car to carry tourists to the site, though this has yet to happen, pending resolution of the Cambodian–Thai border dispute.

The many Khmer ruins found in the province show it must have been important to the Khmer empire at least by the 12th century, although probably sparsely populated. According to local tradition, it was known Sri Nakorn Lamduan (ศรีนครลำดวน.) It was later called Khukhan, after a town built in the late 15th century CE during the reign of KingBoromaratcha III of Ayutthaya.