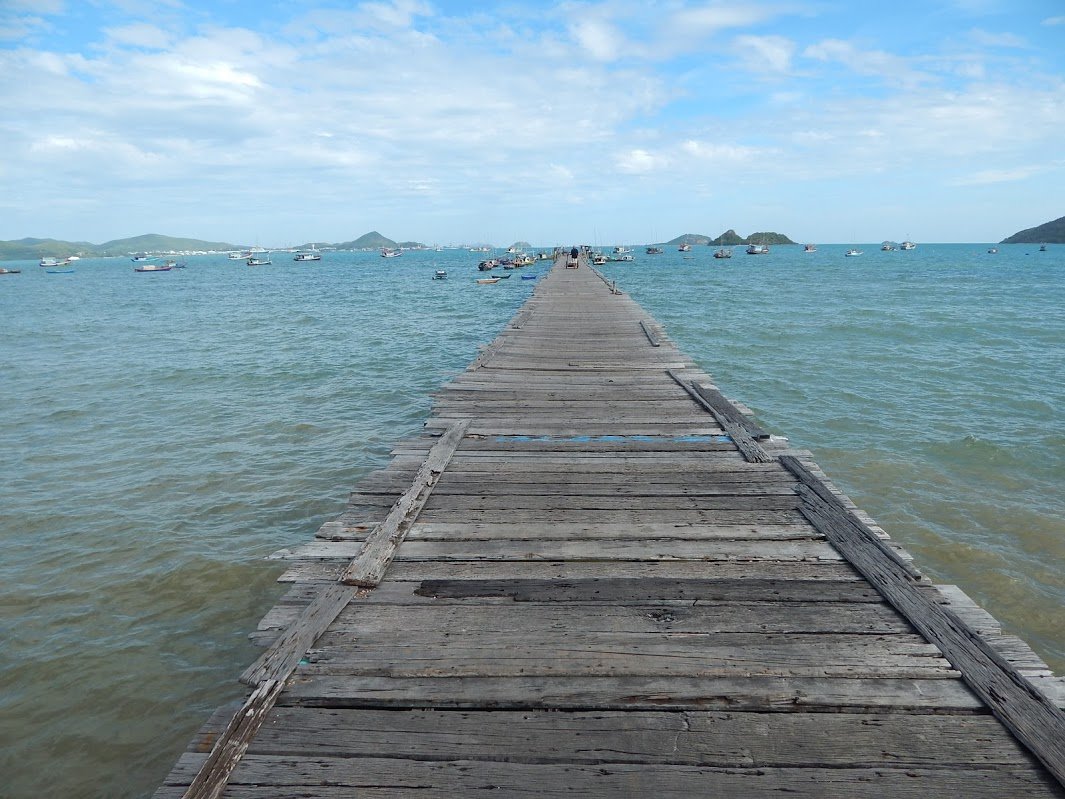 Sattahip (Thai: สัตหีบ; IPA: [sàt.tā.hìːp]) is a district (amphoe) in the province Chonburi, Thailand. It is located at the southern tip of the provinceand at the eastern side of Bangkok.In 2014, this district had a population of 157,000 in an area of 348,122 km2.

The recorded history of Sattahip began with a civilian. Her name was “Jang” and she owned many lands in Sattahip district. When Abhakara Kiartivongse (son of King Rama 5) went to Sattahip, he wanted to set up a Royal Navy base. He thought this place was perfect to establish a navy base because there were a lot of small islands to protect the base from wind and sea waves. So, he begged Jang for an area around the sea. Jang consented to give the area to him. In addition, Satta (Thai: สัต) in Sattahip means seven and Hip (Thai: หีบ) means a box or barrier. So, Sattahip means seven barriers which are islands that protect the coast of Sattahip district. There are seven islands that obstruct the wind and sea waves  : Koh Phra, Koh Yor, Koh Moo, Koh Taomo, Koh Nen, Koh Sanchalam and Koh Bo. Sattahip has the largest navy port in Thailand. People can travel to Sattahip to see many ships in the port such as HTMS Chakri Naruebet, Pinklao Ship, Naresuan Ship, Tapi Ship, Chaopraya Ship, Rattanakosin Ship, Similan Ship, etc. Moreover, on children’s Day, people can go inside the HTMS Chakri Naruebet and see the weapons of the ship.

The minor district (King Amphoe) Sattahip was created effective April 1, 1937 by splitting off the two subdistricts Sattahip and Na Chom Thien from Bang Lamung District. It was upgraded to a full district in 1953.

The Juksamet Port of Sattahip is one of the few deep-water ports of Thailand. Also the Sattahip Naval Base is the largest base of the Royal Thai Navy and is home to the HTMS Chakri Naruebet, the Navy’s sole aircraft carrier.

The Ban Sattahip Air Base (U-Tapao International Airport) was used extensively by the US Air Force during the Vietnam War. The Sattahip Naval Base was the site of the 20thWorld Scout Jamboree in December 2002/January 2003.

Sattahip Navy Stadium is a place where people go to exercise. There is a football stadium of the Rajnavy football club in Sattahip.