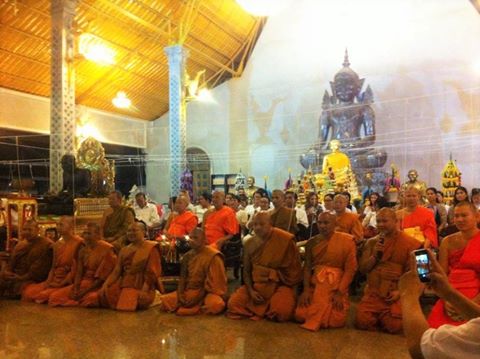 Sai Sin and the Sacred White Thread Thailand. If you’re a regular visitor to Thailand, there is a good chance you’ve had white cotton bracelets tied round your wrists at some stage during your travels. This cotton thread has been blessed in advance by a Buddhist monk and is known as ‘sai sin‘. The sai sin is supposed to provide protection and good health to the person wearing it. The colour of the thread is usually white because it represents purity in Buddhism although other colours including red may be used depending on the region you are in and the circumstances. But the sacred white thread isn’t just worn on the wrist. If you visit a Thai temple on important Buddhist holidays, you may see grid-lines of white string attached to the main Buddha images. 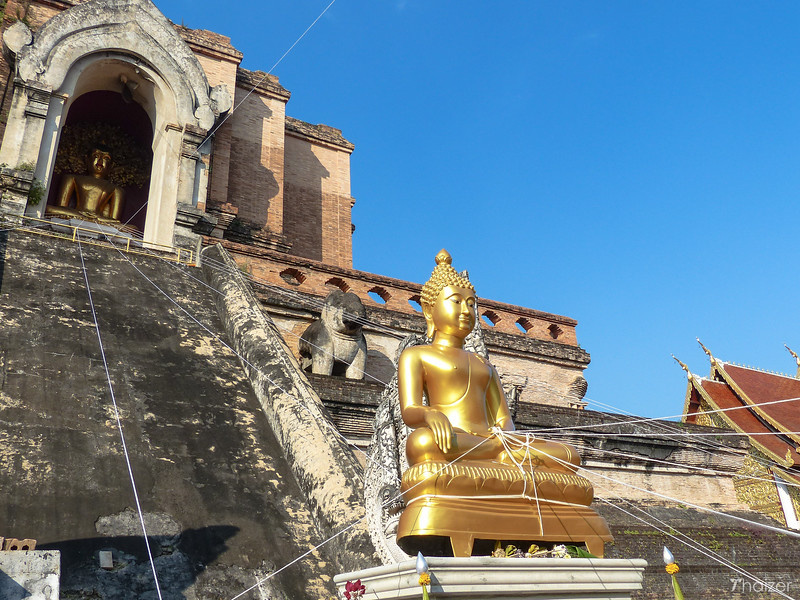 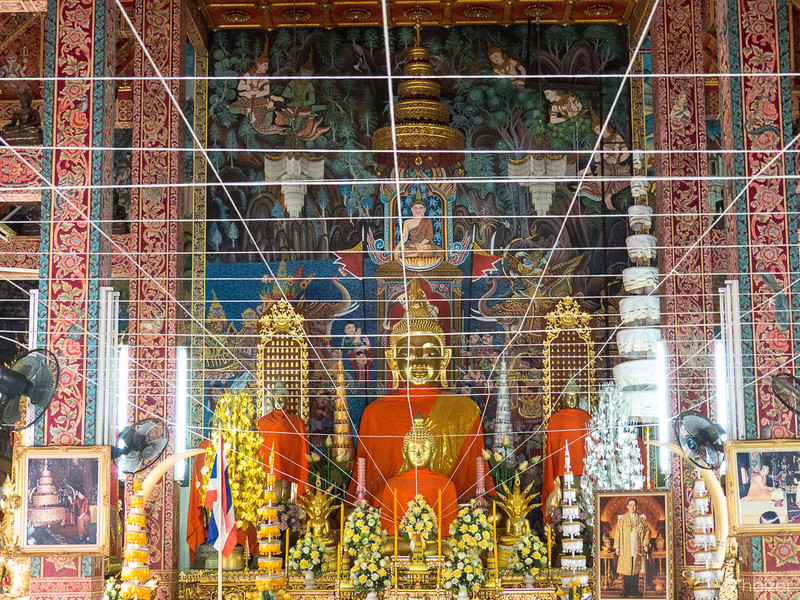 Sai sin is present in a range of ceremonies in Thailand including weddings and funerals as well as blessing ceremonies when people move into a new home. At traditional weddings in Thailand the thread connects around the heads of the couple being married. Friends and family will also tie sai sin bracelets around the wrists of the newlyweds. At some Thai funerals, the white thread may be circled three times around the crematorium to wish the deceased good luck and protection in the next life.

Sai Sin and the Sacred White Thread Thailand. At larger ceremonies there is often one big ball of string which is first tied around a Buddha image before being passed along to the monks in attendance. From there, the thread is passed along to everybody else in attendance. With each individual holding their hands in a wai, the thread is looped around each person. The thread may be strung around a person’s fingers or it can be looped around their head. The important thing is that the thread links everybody to the monks and the Buddha image. The chanting of the monks and the associated merit is then symbolically passed along the thread reaching all of the people in the congregation. 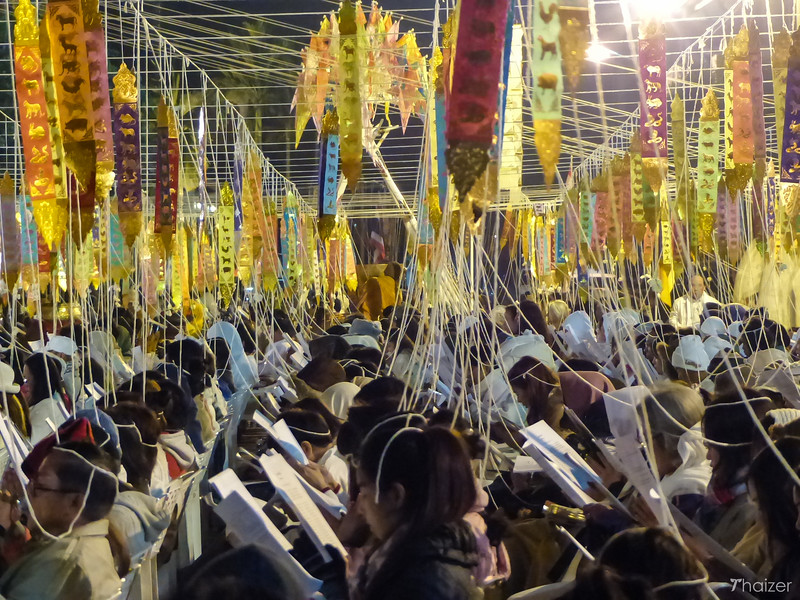 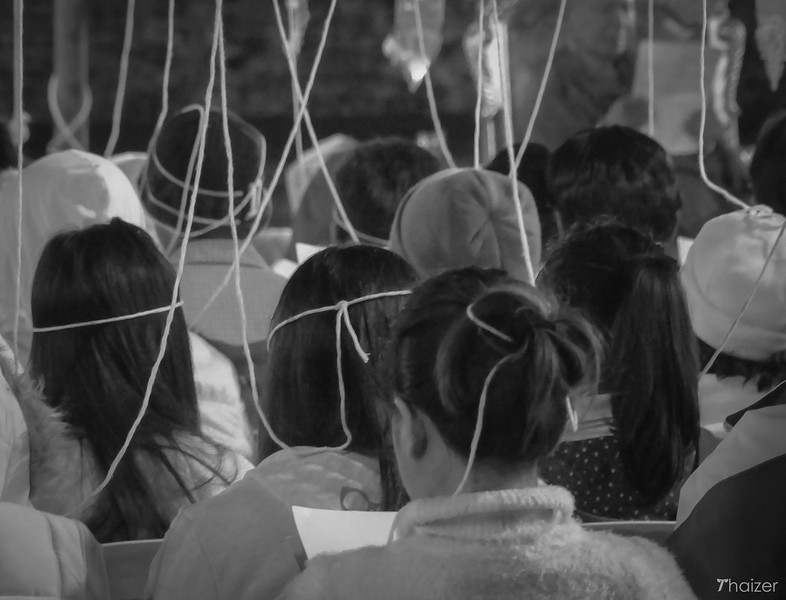 The significance of the circle

The sai sin thread carries merit and protection. When the thread forms a circle the protective power is believed to be stronger because the circle is continuous.

The power of three

Three is a significant number in Buddhism because it represents the Triple Gem or the Three Jewels of Buddhism: Buddha, Dharma (the teachings of Buddha) and Sangha (the monkhood). When Thai Buddhists enter a temple they will often kneel in front of the main Buddha image and bow three times whilst placing their palms on the floor before bringing their hands together to form a respectful wai. The significance of three in Buddhism means that if sai sin is tied around your wrists, you should ideally keep it on for at least three days.