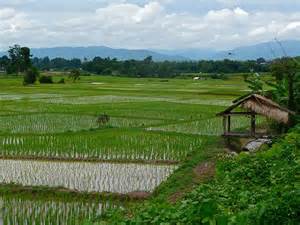 THE ROYAL IRRIGATION Department (RID) is considering pumping water for use from the bottom levels of some major dams. as a result of the reservoir drought crisis.

Water levels at 10 reservoirs nationwide are showing signs of crisis and the RID has warned farmers to stop stealthily pumping water out for crops or they “could be talking with national security officers”.

The ministry planned additional measures to prepare for emergencies such as pumping “dead water” from dam bottoms, diverting water from other sources and adjusting the water-irrigation plans to ensure enough water for people’s use and consumption.

As the month of May usually marks the beginning of seasonal rice growing, Chatchai said the RID couldn’t provide water for farming. Farmers growing crops outside irrigated areas would need their own water sources or depend on rainwater.

RID chief Suthep Noipairoj said the 10 dams should have enough water for general use and keep up the bio-system until the end of July. He also warned that farmers around the 10 dams wouldn’t be supplied with water and they must not pump it out for farmlands or the RID would ask police and military officers to convince them.

On Tuesday, the four main dams of the Chao Phraya River Basin (Sirikit, Bhumibhol, Pasak Jolasid and Kwai Noi) contained about 16 per cent of capacity and were releasing 18 million cubic metres of water a day, Suthep said.

Agriculture spokesman Surapol Jarupong reported about the Chao Phraya River Basin’s current summer ricegrowing situation. He said 1.968 million rai had grown rice, about 520,000 rai of which were already harvested. The ministry had implemented various measures to aid the drought-affected farmers nationwide, he said. As of February 26, the RID had hired 112,748 farmers for extra jobs with a budget of Bt2 billion. They included 26,327 farmers from the Chao Phraya River basin, 9,280 from Mae Klong River Basin and 77,141 from other river basin areas.

Royal Rainmaking and Agricultural Aviation Department chief Lersak Riewtrakulpaiboon said his office was asking for scholarships for pilot students to solve its pilot shortage. Formulating a plan to boost pilot salaries and job security would be completed in 4-5 months.

Nakhon Sawan and Kanchanaburi rain-making operations were postponed on Tuesday due to lack of humidity, but should begin again on March 8, he added.

In Pathum Thani’s Thanyaburi district, Department of Rural Roads chief Pisak Jitviriyavasin and a team yesterday inspected the road running along the east side of Khlong 13 canal. It revealed 100-metrelong, three-metre-deep cracks due to drought-triggered, low water levels in the canal. Besides setting up warning signs for motorists, the department would fix the road section to be passable as a short-term solution.

The mid-term solution involved budget allocation for a soil layer survey for safer design and road repair. In the long term, the department would talk with the RID to possibly shift the roads away from irrigation canals, he added.

In Nakhon Ratchasima, 3,000 unemployed people are registering with the provincial employment office per day due to the bad economy. Employment official Suwan Doungta said he was worried that the drought disaster would cause thousands of farmers to become jobless.

The office would contact provinces with high vacancies such as Rayong, Pathum Thani and Chon Buri to offer jobs, he added.