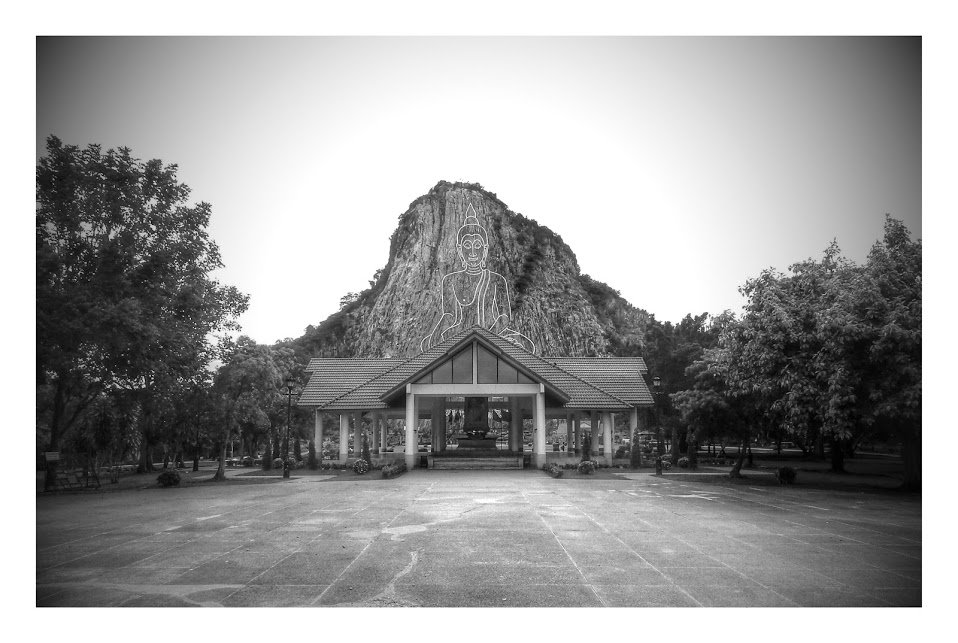 Pattaya Thailand in Black and White

listen)) is a province (changwat) of Thailand.[2] Neighboring provinces are (from north clockwise) Chachoengsao, Chanthaburi, and Rayong. To the west is the Gulf of Thailand. Chonburi is home to Thailand’s largest tourist oriented city, Pattaya (also spelled Phatthaya), it is the only province outside the Bangkok Metropolitan Area to connect by eight lane motorway to Bangkok, 80 km distant. It is home to Thailand’s largest and primary seaport, it has a thriving migrant and expat population. Due to these factors, the province’s population is growing rapidly, with currently some 1.7 million residents (albeit with a large floating or unregistered population).[3] The registered population as of 31 December 2012 was 1.36 million.

From historical evidence, Mueang Chonburi has been settled since sometime during the Ayutthaya period of Thai history. The region for centuries was one of small towns such as Bang Sai, Bang Pla Soi, and Bang Phra. King Rama V combined these to form Chonburi Province.

The word “chon” originates from the Sanskrit word “jala” meaning water, and the word “buri” from Sanskrit “puri” meaning “town” or “city”. Hence the name of the province literally means “city of water”.

The provincial permanent legal population has risen at nearly 4% annually from 1,040,865 in 2000 to 1,554,365 in 2010.[3] There is a large floating population of long term residents (non-Thai) without permanent status, on perpetual tourist visa and/or migrant workers (legal or not), as well as heavy, short term tourist influxes.