Pak Klong Talad flower market is not just one of Bangkok’s oldest & biggest wholesale markets but also an area rich in charm and history. Academics have proposed a joint panel for footpath regulations. 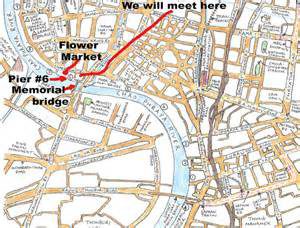 1,700 VENDORS AT PAK KLONG TALAD AND NEARBY SAPHAN PHUT BRIDGE WERE TOLD TO RELOCATE TO THREE PRIVATE SITES – YOD PIMAN, THA DIN DAENG AND SONGSERM KANKASETTHAI MARKETS. MANY LAMENTED THAT SUCH MARKETS WOULD CHARGE MONTHLY RENT PLUS AN EXPENSIVE “PAE JIA” MEMBERSHIP FEE.

PAK KLONG TALAD is not just one of Bangkok’s wholesale flower markets but also an area rich in charm and history. Given this, academics have proposed a joint committee be set up for footpath regulations to ensure the attractive aspects of the area stay well-preserved.

Bangkok Metropolitan Administration (BMA) should talk to vendors, who stand to lose business, as well as the land owner or lessees to find a good solution, Silpakorn University Architecture Professor Chatri Prakitnonthakam told the Nation via phone yesterday.

A joint committee should be set up, with academics, vendors, landlords, and city officials, to find the solution that satisfies all parties while improving the landscape and preserving the area’s charm, he said.

There also needs to be moderators to ensure talks go smoothly, who could be from the Siam Museum, which used to carry out research on the Pak Klong Talad area, or university people with a good knowledge of the area, he added.

Lek- Prapai Viriyahpant Foundation historian Sudara Suchaxaya said street vendors were an icon of the Far East and should be preserved as part of the area’s charm. She urged the BMA to do more than clear vendors off footpaths, warning that pushing them out to the road would force them to set up shops that could add costs and drive up the price of flowers.

She suggested the area should be regulated as a market and each street vendor provided with a stall.

Sudara recalled Pak Klong Talad was first a fish market before turning into a flower market 60 years ago. Back then, flower farmers from the Thon Buri side reached the market by boat and sold local flowers from the roadside. Later the products ranged wider to orchids and many imported flowers.

Previously 1,700 vendors of Pak Klong Talad and the nearby Saphan Phut Bridge were told to move out and relocate to three privately-run sites nearby – Yod Piman Market, Tha Din Daeng Market and Songserm Kankasetthai Market. Many vendors lamented that such markets would charge monthly rent plus an expensive “Pae Jia” membership fee.

Flower vendor Prapaksorn Ananthamanee, who has sold marigolds at Pak Klong Talad for over 20 years, said the relocation to Yod Piman meant a rental fee of Bt8,000 per square metre a month for eight hours use a day – and time beyond that charged hourly. Her selling of thousands of marigolds would require a bigger space, costing Bt40,000 per month, she said, and a membership fee would be Bt500,000 to Bt1 million.

As there was no rent at Pak Klong Talad and trade could be around the clock, she only paid a monthly cleaning fee of Bt300 and sometimes a Bt500 fine to city bylaw enforcers for dirtying the area.

“Moving to the new place, I’d have to hike flower prices to survive. If flowers piled up due to lack of customers, it would affect farmers,” she said.

Meanwhile, farmers growing roses on 3,000 rai in Tak’s Phop Phra district, whose blooms are sold at Pak Klong Talad, also objected to the BMA plan. They said it would deprive them of sales outlets. The new locations proposed could not sufficiently support the vendors, they claimed.

In the meantime, the BMA governor’s chief adviser Wanlop Suwandee led officials to inspect Wat Rakhang Khositaram in Thon Buri yesterday – to ban unauthorised people using space in and around the temple for trade and illegal parking service. Previously, some 52 vendors were told to leave by Monday and move to other places, such as Bang Khun Sri Market or Pata Pinklao mall area.

The BMA has already reclaimed Klong Ong Ang from vendors between Saphan Han to Saphan Lek and regulated areas in Klong Thom and Tha Chang to Tha Phrachan. Talks on Monday between BMA officials and Pak Klong Talad vendor representatives failed to come up with a solution, but were continuing as of press time last night.

Original story published in The Nation Thailand on February 18th 2016

Looking for rare or exotic Thai fruit & veg seeds. Check out our online store as we ship worldwide with FREE delivery 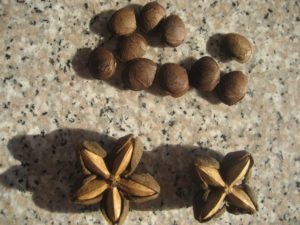