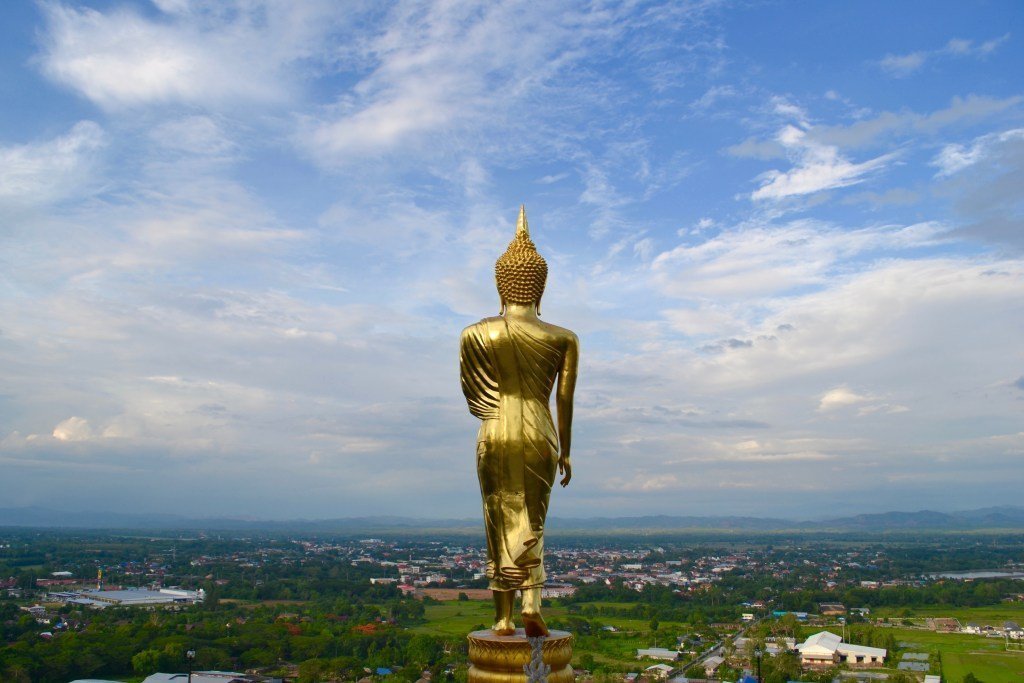 Nan, 16 August, 2018 – Nan Province. The people of Nan, a small multi-cultural province located on the banks of the Nan River in North Thailand, are overjoyed to have received commendation from His Majesty King Maha Vajiralongkorn Bodindradebayavarangkun to mark the awarding of Nan as the No.1 ASEAN Clean Tourist City.

According to the 3 Miti news broadcast on 12 August, 2018, “Nan province has been selected to be the No.1 ASEAN Clean Tourist City Standard 2018-2020 at the ASEAN Tourism Forum 2018 on 26 January. This is the result of the strong cooperation between the provincial authorities and local people to maintain the cleanliness of their homes and streets, separate waste, work and volunteer together harmoniously and love their city. They are all proud to be the people of Nan. As a result, Nan is one of the most attractive cities to visit and sets a good example for other provinces.”

His Majesty the King recognised this achievement and complimented the people of Nan, and all the provincial administrative officials. His Majesty called on them to continue their good work for the benefit of the people of Thailand as a whole.

Mr. Paisan Vimonrat, Governor of Nan province, said he could not contain his joy and happiness upon being graciously honoured thus by His Majesty. He pledged to take the Royal instructions into practice and implement all the necessary policies in cooperation with both the public and private sectors to ensure the highest standards of cleanliness, health and hygiene.

Mr. Paisan added: “We will make a conscious effort not to litter or consume anything that is hard to decompose; such as, plastic bags and foam containers. We will also start campaigns to reduce usage of non-biodegradable packaging and containers. All the people of Nan will join this effort. We hope to set a good example for tourists to see the beautiful culture of Nan and to spread the word so that other provinces can follow suit and make our beloved kingdom clean and green, in line with His Majesty’s Royal instructions.

He said that “Nan, Yasothon and Trang provinces were nominated from Thailand for the ASEAN Clean City Award. I have personally enjoyed cycling in Nan. It was a pleasure to see no litter anywhere. Clearly, it indicates a strong and committed local community.”

A quiet and tranquil province, Nan is nestled in a verdant valley in northern Thailand along the Nan River and border with Lao PDR. Nan comprises of many diverse groups such as the local Thai Yuan, Thai Lue, Thai Puan, Thai Khoen, and Thai Yai. This makes it rich in languages and culture.

Nan’s history, development, and architecture were greatly influenced by various neighbouring kingdoms, in particular Sukhothai, which played important political and religious roles in shaping the development of Nan. Over the centuries however, Nan alternated between being an independent principality under the control of Lan Na, Sukhothai, Burma and Siam, respectively.

Much of Nan is devoted to agriculture, particularly rice and fruit cultivation. It also boasts six national parks, including the stunning Doi Phukha National Park. This makes it an ideal destination for trekking, ecotourism and adventure travel.

The provincial capital has a relaxed charm, some impressive temples, and a good museum. There is also a number of quality restaurants and bars along the town’s riverfront.

Nan is one of the 55 second-tier tourist provinces to be promoted under the TAT’s latest campaign  “Amazing Thailand Go Local”, a landmark project to promote the kingdom’s emerging generation of secondary destinations, better balance the distribution of tourist arrivals between urban and rural areas, even out the seasonality factor between the months of travel, and encourage more travel during weekdays to reduce pressure on the weekend.