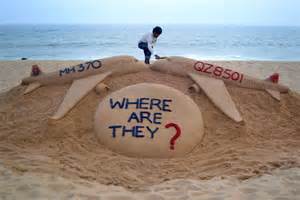 EXPERTS will investigate a piece of aircraft debris found at a Nakhon Si Thammarat beach to determine whether it is a part of the missing Malaysia Airlines MH370 plane, local officials said yesterday.

Pak Phanang district chief Thanyapat Puttikongphan said military and aviation experts have been asked to examine the barnacle-covered piece of plane debris. “They should be able to find out if the piece is from MH370,” he added.

A team of military officers from the Fourth Army Area yesterday examined the debris and confirmed that it was from a plane, according to Pramote Ruangdit, a local kamnan.

Photos of the debris were sent to the Air Force, which described it as “part from a foreign airline’s plane”, he said. The Air Force would also send a team of experts to examine the debris closely.

Weighing over 100 kilograms, the piece is about 3 metres wide and 3 metres long, with wires inside. What looks like serial numbers also appears on the piece.